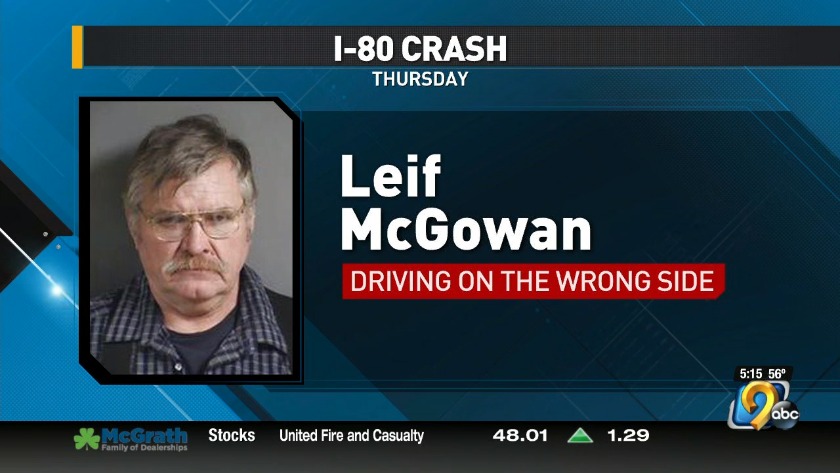 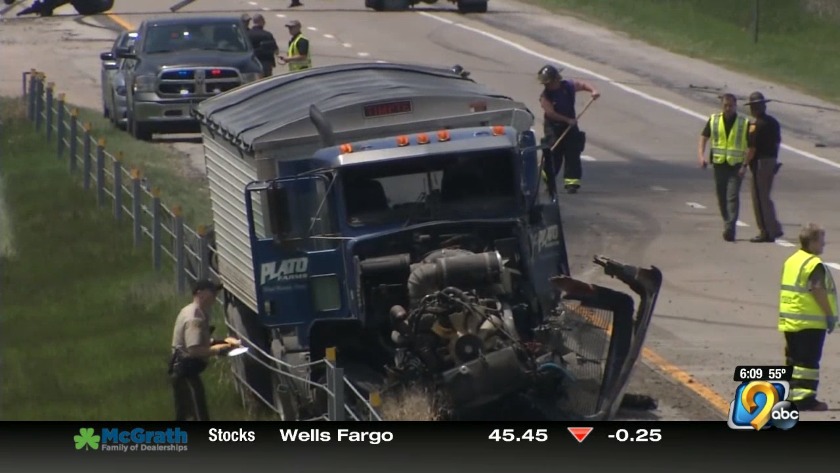 JOHNSON COUNTY, Iowa (KCRG) -- The man police say drove the wrong way on Interstate 80 near West Branch has been charged in the accident.

60-year-old Leif McGowan was charged with driving on the wrong side of a two-way highway stemming from an incident that happened on Thursday. Investigators believe McGowan's semi plowed through a median and a cable barrier but he kept driving before the crash.

McGowan was the only person injured in the crash.

Records uncovered by the I9 investigative team into McGowan's past raise serious questions about whether or not he should have ever been behind the wheel.

In all, I9 found around 26 traffic violations for McGowan going back to 1993.

McGowan's more recent violations include a case of operating while intoxicated in February 2018. That was his second OWI after being previously convicted of the crime, stemming from a separate case around six years prior.

I9 also found two separate instances where McGowan had been charged for going the wrong way on a two-way highway. The most recent case happened in October 2003 but court records show the case was dismissed.

For this latest offense, McGowan is facing a $195 fine. He has not entered a plea yet.

I9 reached out to Johnson County Attorney Janet Lyness Monday afternoon to see if McGowan could face additional charges for this latest incident but we are still waiting to hear back.

Records show the type of truck McGowan was driving requires a CDL license. It is unclear however if McGowan has one.

Court records show he was charged in 2010 for driving a commercial vehicle while disqualified.

I9 asked the Iowa Department of Transportation to check their records on McGowan to see if he has a CDL but we are still waiting on that answer.

On the Iowa DOT website, it says in order to obtain a CDL in Iowa you need to be an Iowa resident, pass a vision screening, and driving record background check, among other things.

I9 also reached out to McGowan for comment on this situation but our calls have not been returned.