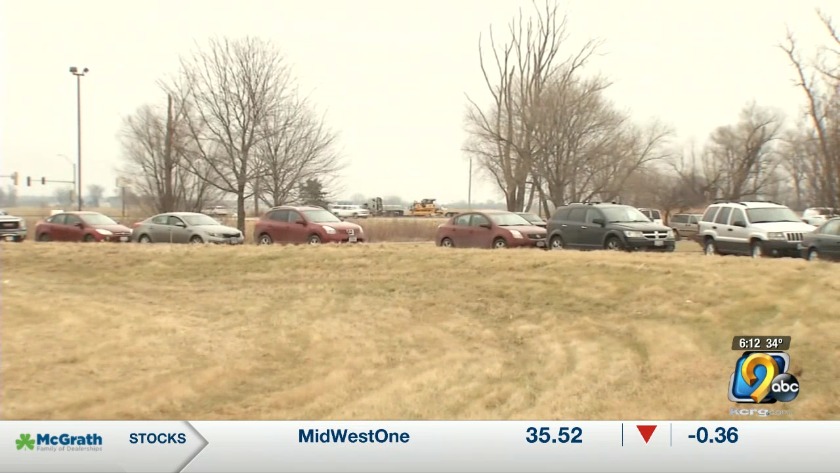 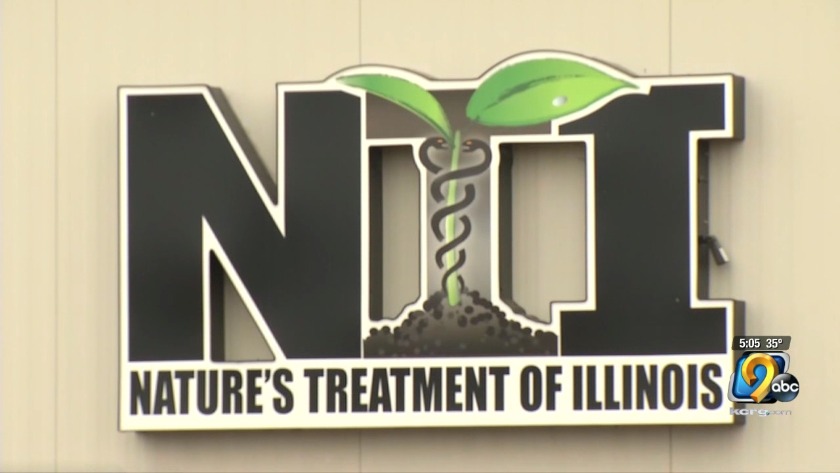 People from Iowa travel to Illinois hoping to buy marijuana

MILAN, Ill. (KCRG) - Iowans across the state are making trips to Illinois to get legal, recreational marijuana.

People formed a large single-file line outside of Nature's Treatment of Illinois in Milan, Ill. on Thursday, Jan. 3, 2020 looking to purchase recreational marijuana, that is legal in Illinois. (Randy Dircks/KCRG)

Anyone who's at least 21 years old could start legally buying pot in Illinois on New Years Day. And workers at a store in Milan, Ill., say they are already seeing Iowans coming in- because they say medicinal marijuana laws in Iowa are much more strict.

Throughout the day, a long line of people waited in the cold to purchase recreational marijuana from Nature's Treatment of Illinois.

One of the people who waited in line was Travis Kreusch of Bettendorf. He said traveling across state lines was an easy decision to make.

"I don't smoke really for recreational [purposes]," Kreusch said. "And if I had a medical card, I would. But I have stomach pains... that's why I partake in it."

Staff with the storefront say the Iowans looking to buy, comes with a trend similar to Kreusch's: medical conditions that are not covered in Iowa's medical marijuana program.

"It has a very limited amount of products that they can get," said Tammy Lafontaine, an agent with Nature's Treatment. "Most of it is high CBD, very, very minimal THC. And the THC part of that is actually what helps with a lot of the pain relief."

Lafontaine said since they opened on New Years Day, they have had long lines and large groups waiting to get inside. Dozens waited outside in a single-file line Thursday, and Lafontaine described it as the smallest turnout yet.

"We had a very large tent out back that held up to 500 people, and it had been full for that entire first day, starting at midnight the night before," Lafontaine said.

Many that stood outside and parked along the streets came across the river from Iowa. Some Iowans off-camera admitted they are illegally bringing it home to Iowa, in some cases sprinting away from our TV9 crew.

But Kreusch said access to marijuana is an important initiative to speak about; not just using the product safely and legally, but in hopes, Iowa lawmakers adopt a similar strategy.

Kreusch also said that if marijuana was legal in Iowa, it would make things easier for law enforcement- especially not having to worry about people coming across the bridges from Milan into the Quad Cities.

"It makes it really difficult for the police in a neighboring to the state to take charge of that, because that's like a lot of people coming from another state, coming back into the state with the stuff," Kreusch said. "I know the cops are already as busy as they are. They can't watch every person coming over both bridges, especially in this area."

Lafontaine said if people from Iowa are going to come purchase for recreational purposes, they have to follow the law and partake at an Illinois residence.

"Be careful, because you are not legally allowed to leave the state of Illinois," Lafontaine said. "You must consume them in Illinois. And I know a lot of people are going to be traveling. If you are traveling within Illinois, you need to keep it as if it is an open alcohol container. You need to keep it away from the driver in its original container. Just be smart. Don't get yourself in trouble."