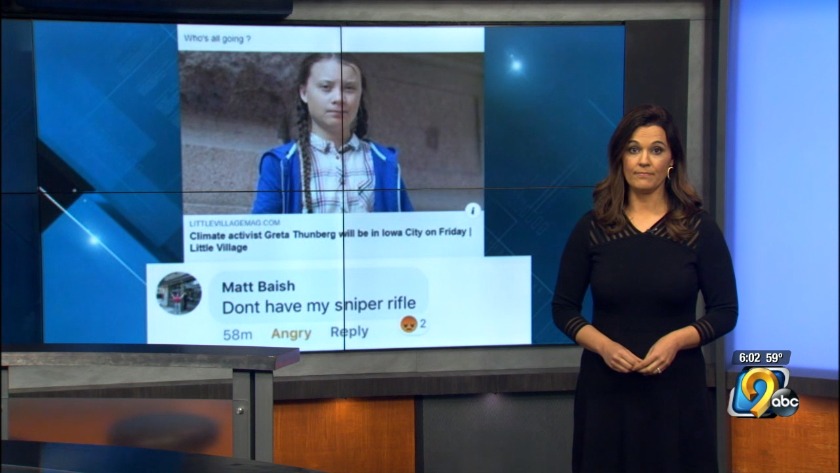 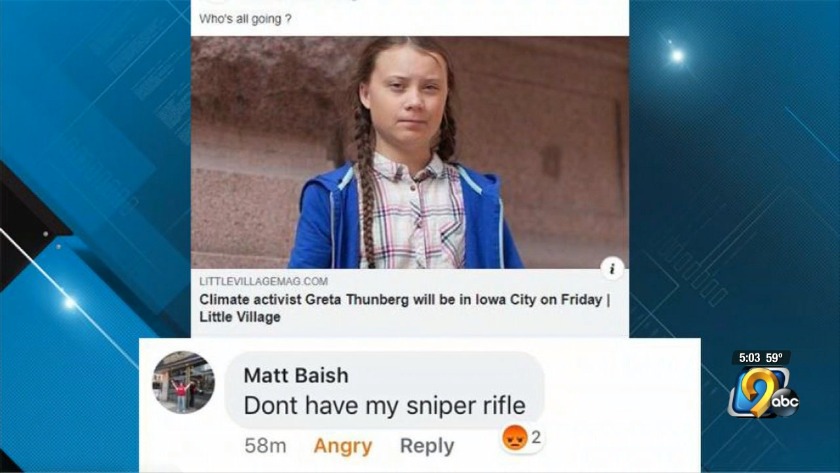 WATERLOO, Iowa (KCRG) - A Waterloo teacher who made a social media comment about a sniper rifle on a post about climate activist Greta Thunberg visiting Iowa City has been placed on leave.

The District said Matt Baish has been placed on administrative leave as it investigates the comment. Baish is listed as a science teacher at Waterloo West High School.

Iowa City police say they will have heightened security at Friday's event. Thunberg is scheduled to speak at a climate march at noon in downtown Iowa City.

Thunberg, 16 of Sweden, has stirred controversy in her direct and blunt approach to calling for reforms around climate change and protecting the environment.