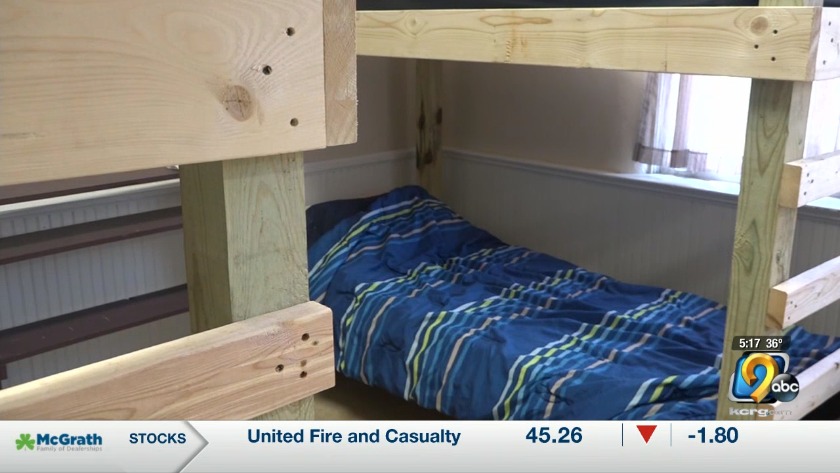 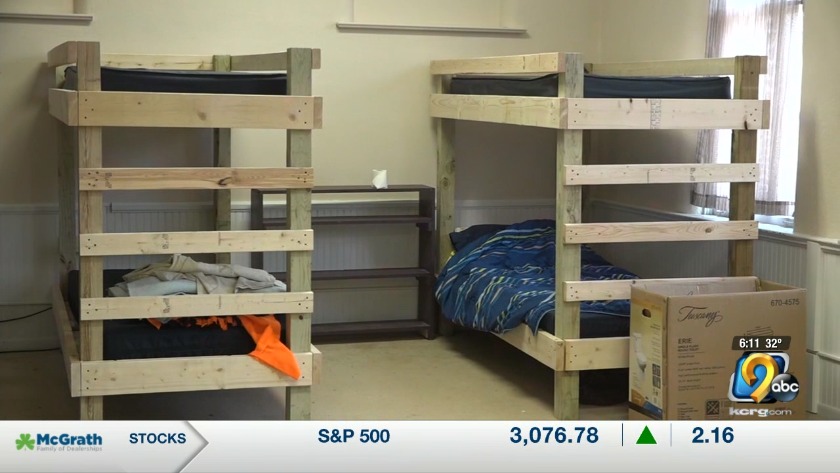 WASHINGTON, Iowa (KCRG) - A Washington County couple has seen a growing need for helping the homeless in their area, so they took it upon themselves to open a shelter in Washington.

Darren Brown shows a room in the new emergency shelter, opened through the Tribulation and Trust Ministry in Washington on Wednesday, Nov. 6, 2019. (Aaron Scheinblum/KCRG)

In only a short time open so far, the couple said it has already made an impact on the community.

Darren Brown serves as the Director of Tribulation and Trust Ministries. He said the idea of getting involved in Washington County started about one year ago when he met with a group that was trying to come up with a solution for the homeless in the area.

After driving by what was a former youth center on South Iowa Avenue in Washington, Darren said it served as a calling from God that he had a connection with.

"I lived that homeless life, I struggled with drugs and alcohol and was in and out of prison, and I was a mess," Darren said. "And 20 years ago I gave my heart to Christ, and that changed me, and that's my motivation today."

Darren and his wife Megan led a group to open an emergency homeless shelter. The shelter now has a staff, breakfast and dinner, and clothing.

As it turns out, there are many in Washington County who need help.

"Life happens, and we get stuck out," said Michael Brown, a former member of the U.S. Navy and now seeking work. "And you need help, and it's hard to ask for help."

Michael said he was told about the shelter through the Veterans Affairs office, even though the shelter had only been opened for about three weeks. Using only donations, the shelter opened its doors. As of Wednesday, many of the beds they put in place are now full.

"I am definitely surprised that we had that many people that need it," Darren said.

"I've been surprised how many people come in here and ask 'well is there even homeless here in Washington?'" Megan said. "And they realize that as of this summer, there was six active homeless and they're like 'what do you mean? It's Washington.'"

Darren said they opened with about 20 beds, but they now are housing 22 people as of Tuesday night. He said, even still, they have much more room to spare. Once they realized the demand for the service was there, they felt obligated to step up and meet it.

"[We're] trying to provide a calm in the middle of people's storm so that they have a chance to get their feet on the foundation and build from there," Darren said.

Having a place to stay led one client to find a place to work, and now she is already thinking about being able to give back to the place that helped get her back on her feet.

"It makes me feel really good. I like helping people," Stevie Nowell, who is a single mother of two, said. "I'm not there financially that I can help, but once I am I definitely plan on giving back."

For others like Michael, the roof over their head provides hope that their next job is far off.

But Darren said in order to be successful, it is incredibly important they find a way for self-sustainability, so they are not constantly relying on monetary donations year-round. He said after extensive research, he has a plan: to open a second-hand store to help the operating costs for the shelter.

Darren said he and his group have concluded it will cost about $150,000 for a yearly operating budget, and he said they want to collect clothing donations to help bring in the funds through a storefront. In order to secure the space they have picked out in downtown Washington, they need to raise about $10,000.

Darren said while the costs can be high, especially for a small town, he believes they can reach the goal and succeed.

For information on how to donate, visit the Tribulation and Trust Ministries website or call 319-931-3680.