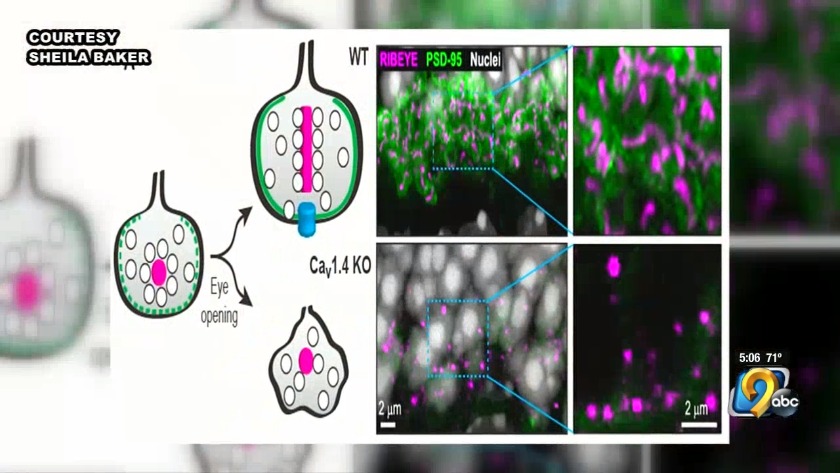 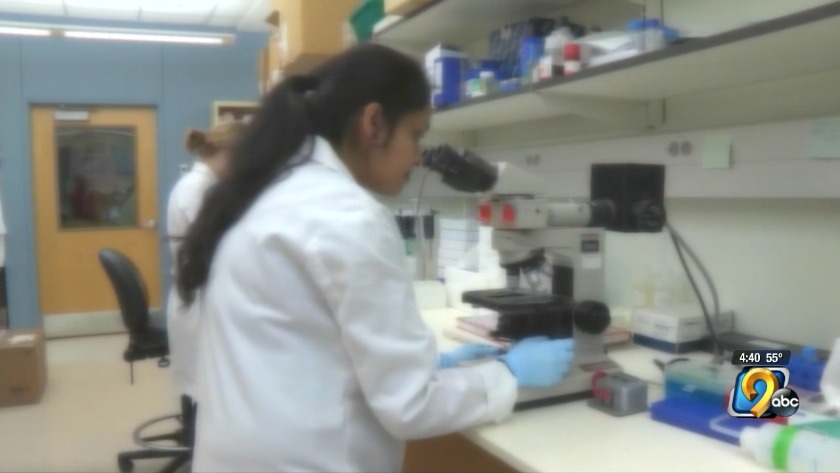 IOWA CITY, Iowa (KCRG) - Researchers at the University of Iowa Hospital and Clinics are looking into some early findings to treat people who are blind.

A researcher with the University of Iowa Hospitals and Clinics says they may have discovered a breakthrough in curing blindness.

The researchers are using a study that involves gene replacement and mice. They're looking to regenerate nerve structures in the eye disrupted by a gene mutation. They hope that can help form new synapses, which are the structures in the retina that send signals to the brain, telling it when light is detected, ultimately giving the person sight.

Researchers are studying situations where a damaged synapse affects a person's eyesight. They want to see if adding a healthy gene can regenerate a healthy synapse and give a person sight. Researchers said they've been testing it on mice and are seeing early, positive results.

“We put [mice] in a maze where they have to swim around use a sense of vision in order to pass the maze,” said Associate Professor Dr. Sheila Baker. “So animals with sight passed the maze, animals with blindness just wandered around just like a human would in a dark room. What we were really excited about was that some of our animals were able to pass the test.”

Dr. Baker says there's a group of scientist working worldwide on this. The mice that were used in the study came from Germany. What really makes them excited about this study is that it adds a glimmer of hope to curing blindness, especially in older adults.

"If those synapses could not be fixed in adulthood, well then let's stop trying to develop a treatment for adults and just focus only on kids,” said Baker. “I'm so excited to see those synapses come back in old adult mice, it opens the door for more possibilities."