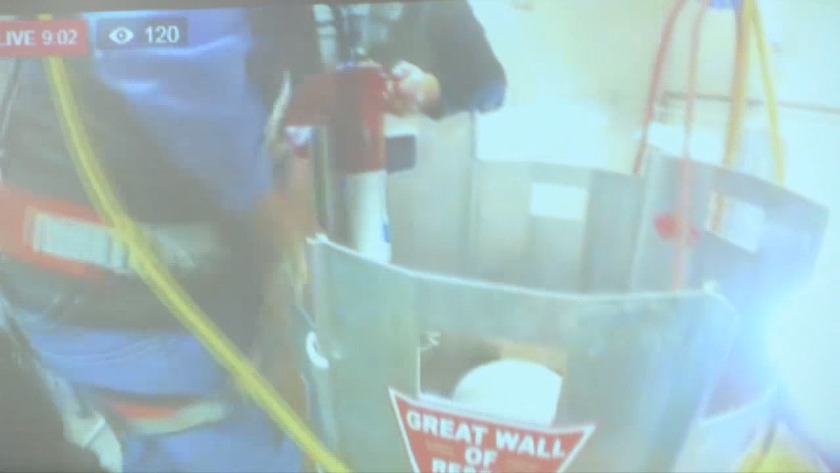 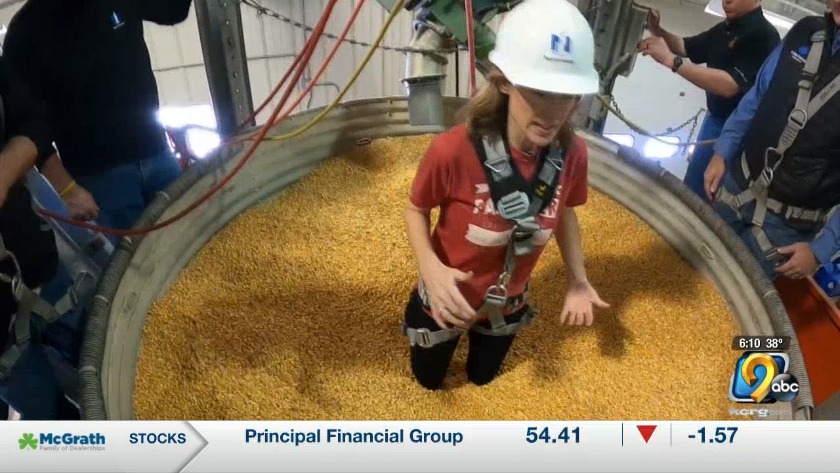 PEOSTA, Iowa (KCRG) - Each year, about 20 people die after being trapped in a grain bin.

That’s why dozens spent their Friday afternoon at the National Education Center for Agriculture Safety to learn about “Grain Bin Safety” week.

Felling your feet drop out from under you is something that you can’t imagine,” said Marji Guyer-Alaniz, President of FarmHer. Guyer-Alaniz had never been trapped in a grain bin until Saturday’s simulation. She learned that it only takes seconds to sink to your waist and rescue needs to happen quickly.

“When you get down in it, all of a sudden my nose started to sting and my eyes were watering,” she said.

Farmers would most often enter a grain bin to check the quality of the product. Those advocating for the more safe practice said an increase in people sinking into the grain is likely.

“We had a wet spring and a late planting season,” said Jason Berkland of Nationwide Agribusiness. “With that came an even more moist harvest. That’s leading to clumping and the grain going out of condition.”

Berkland and his company donate safety tubes to farmers and rural fire departments. So far, they have donated 111 of them in 26 different states. While it is common for a farmer to enter a bin, he believes there is a safer way to check the grain than ever going in.”

“If we can keep the grain conditions flow-able where they don’t have to enter the bin in the first place, that’s what we are looking for,” he said.

“This is something that we can do to bring attention to the fact that this never needs to happen,” said Guyer-Alaniz. “People never need to die because of grain bin entrapment.”