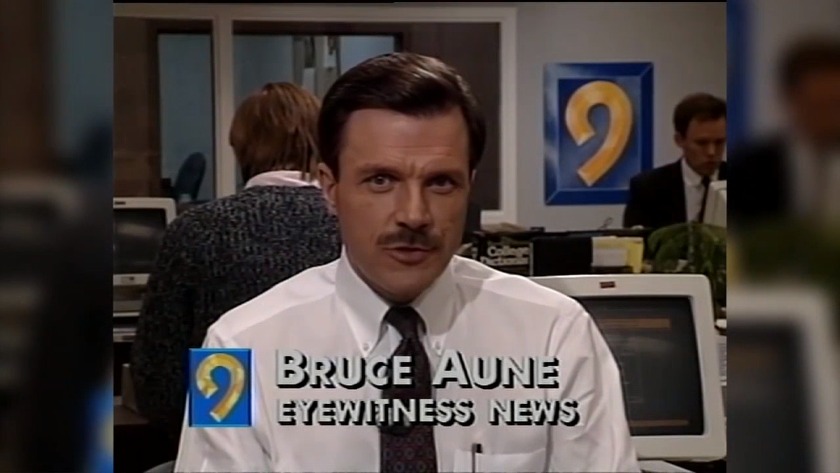 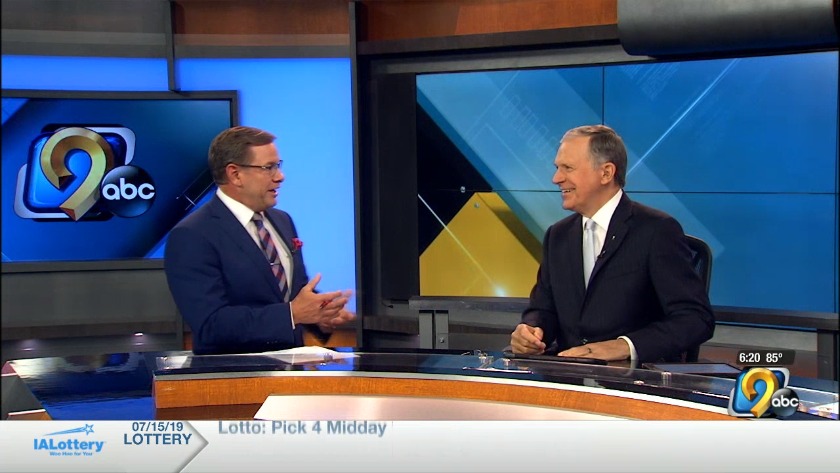 CEDAR RAPIDS, Iowa (KCRG) - KCRG-TV9 news anchor Bruce Aune announced Monday his plan to retire next year following a 45-year career in television news, the last 33 as anchor of the KCRG-TV9 News at 5, 6 & 10.

KCRG-TV9's Bruce Aune and Beth Malicki at the anchor desk in Studio A at KCRG-TV9 in Cedar Rapids, Iowa, in 2019. (KCRG)

“I’ve loved my years at TV9, and especially meeting so many wonderful people,” said Bruce. “But this past Saturday, I celebrated my 70th birthday, and now I want to enjoy more time with my wife, Darcy. We plan to do more traveling, including mission work in Guatemala and other countries.”

Bruce has been a fixture in eastern Iowa television news since joining KCRG-TV9 as a news anchor in March 1986. During his time with KCRG-TV9, Bruce's assignments have taken him across the country and around the world, including several trips to China, Russia, and Japan. He has also traveled and reported on several presidential campaigns, and his numerous assignments in Washington D.C included covering four presidential inaugurations. He also interviewed three sitting Presidents, including President Obama, President Clinton, and President George H.W. Bush aboard Air Force One. His work has been recognized with the prestigious Jack Shelley Award, the highest individual honor bestowed by the Iowa Broadcast News Association.

Dozens of presidential candidates have been interviewed by Bruce as he covered nine cycles of the Iowa caucuses.

Bruce has been at the anchor desk for the biggest news events in eastern Iowa, but none bigger than the devastating floods of June 2008. He, along with co-anchor Beth Malicki, spent dozens of hours on the air during KCRG-TV9’s continuous coverage of the historic flooding that ravaged the region.

“During the flood of 2008, Bruce and I leaned on each other,” said KCRG-TV9 news anchor Beth Malicki, who has shared the anchor desk with Bruce for more than 14 years. “I’ll never forget the strength and vulnerability he demonstrated during those endless hours and the friendship we forged. While I’m sad to see a dedicated journalist and leader step away from our newsroom, I’m excited to watch as my friend prepares for the next chapter of his life.”

KCRG-TV9 News Director Adam Carros called Bruce a pillar of the newsroom. “Bruce holds himself to the highest standards and his experience has helped tell the stories that matter to eastern Iowa. He’s led our newsroom through ongoing coverage that weighed heavily on our team, and helped shape hundreds of journalists through his commitment to his craft,” said Carros.

“Bruce Aune has been a true treasure to eastern Iowans who have welcomed him into their homes for more than 30 years,” said KCRG-TV9 Vice President and General Manager Thom Pritz. “His natural curiosity, journalistic integrity and professionalism garnered him the trust of our viewers during his decades on-the-air.”

“But I’m not going anywhere yet,” joked Bruce. “I still have a few months of anchoring left in me. I have to admit, though, that it’ll be tough saying goodbye to all the great people here at TV9.”

Bruce will anchor his final newscast on Friday, March 6th, 2020. A replacement will be named at a later date.