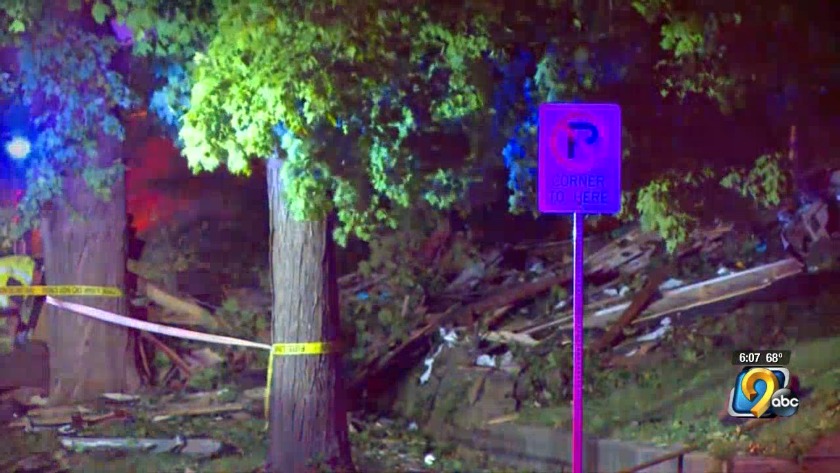 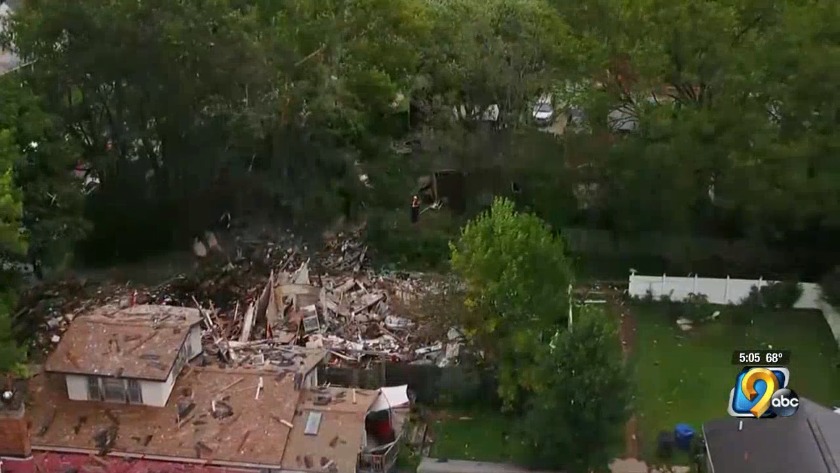 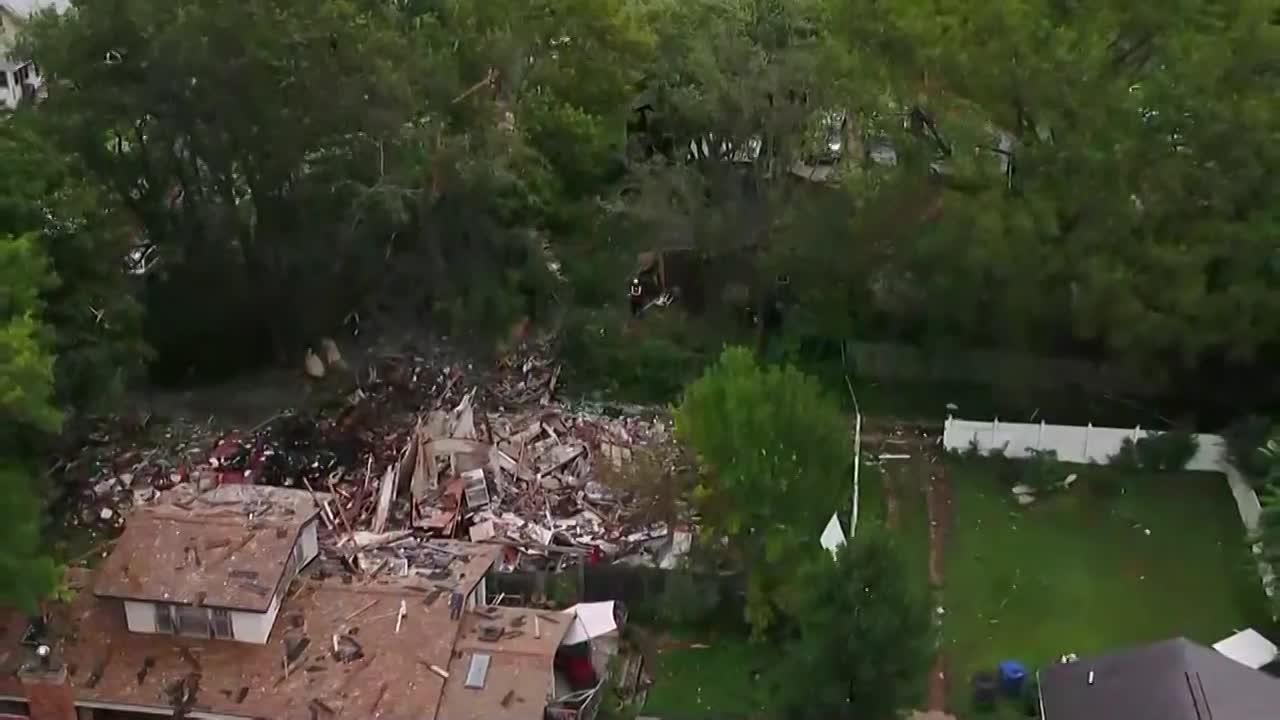 DES MOINES, Iowa (AP) — Authorities are investigating an explosion that destroyed a Des Moines house and damaged others early Friday, injuring some neighbors.

Police on scene of a house explosion in Des Moines in the early morning hours of Sept. 13, 2019. (KCCI)

The blast occurred at around 3:15 a.m. a few blocks northeast of Birdland Park. A few minor injuries have been reported at neighboring homes but no deaths, authorities said.

Investigators have yet to report what caused the explosion and fire, but a natural gas buildup is suspected. MidAmerican Energy has cut off service to neighboring properties and conducted leak tests and inspected gas lines. The company said the system components checked are functioning normally.

Brandon Linn told station KCCI that the boom caused his window air-conditioning unit to fly across a room in his house.

Teresa Trettin, 56, told The Des Moines Register that she heard a bang "loud enough to wake someone up in a deep sleep."

Debris landed in trees, the street and on nearby properties, and several windows in the neighborhood were shattered.

"It's going to be a mess to clean up, but it sure beats being in that house," Trettin said.

Neighbors reported that no one had been living in the house for at least a couple of years because the former residents had health problems.