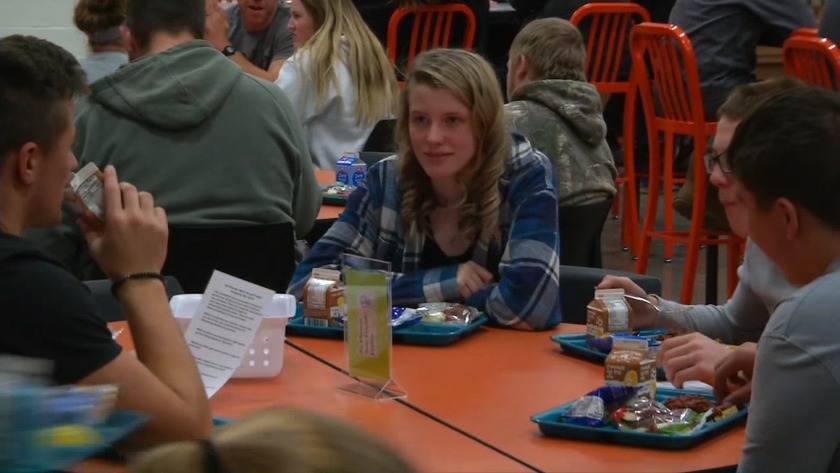 Making new friends, while putting the phone down 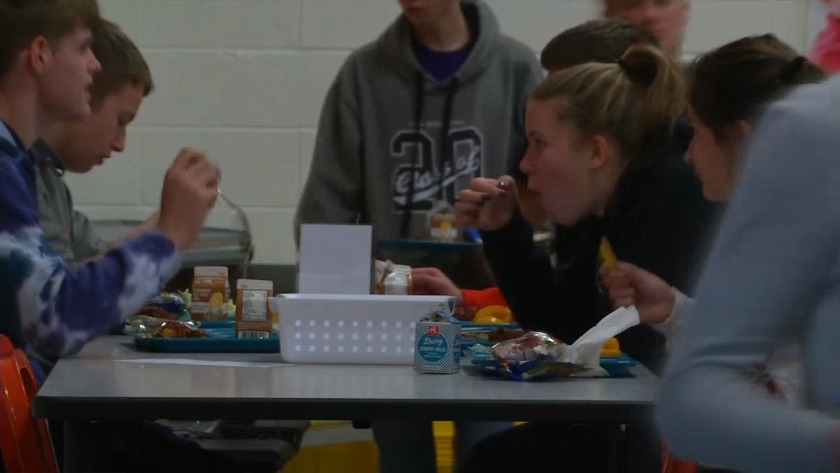 She says she noticed students at the school with their heads down, looking at their phones. Instead, she wanted them to look at each other, and learn face-to-face communication skills.

Students like junior Page Weick say they're seeing a difference. “Everybody enjoys it,” Weick said.

Students get a colored card when they walk in the cafeteria that tells them which table to take a seat at. The tables also have conversation starters.

“I think it's fun, I like doing it,” said Sahara Kanke, a freshman.
It's also a no phone zone.

“Every little thing helps in this day and age with all of the things that you have going on, all the pressures that they have with social media, it's nice to see them take a break from all that,” Behrens said.

It took students a couple of weeks to get used to the idea.

“When it first started I didn't want to do it at all,” Kanke explained. “At the all-school assembly on the first day of school, there was a little bit of like, ‘No way, she's not really going to do that,” Behrens said.

Professor Nathan Hodges teaches communication studies at Coe College. “Conversation is one of the most human, and humanizing things that we can do,” Hodges said.

He has an assignment where students go on a 24-hour tech detox, showing the importance of human connection in a digital age.

Students say they think a phone-free lunch hour, spent talking with new friends, is helping their school to become a kinder place.

“People are more nice to each other now because they got to know each other at lunch,” Kanke said.

“I think people have a lot more respect for others,” Weick said.