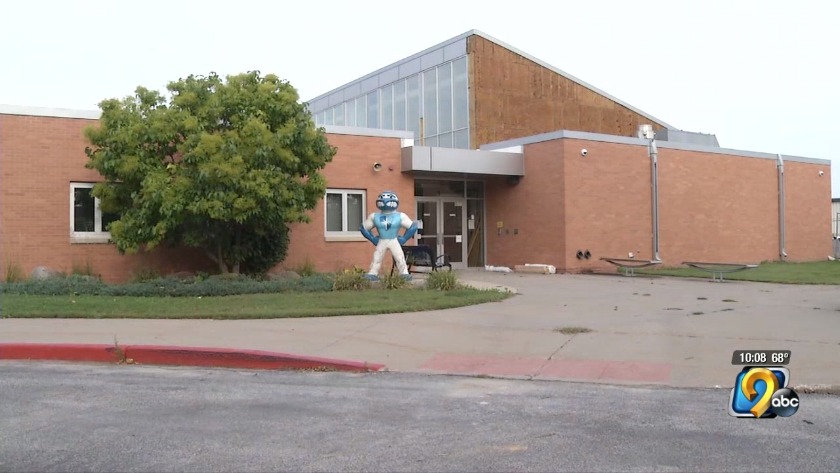 Search for student who brought gun to school

Search for student who brought gun to school 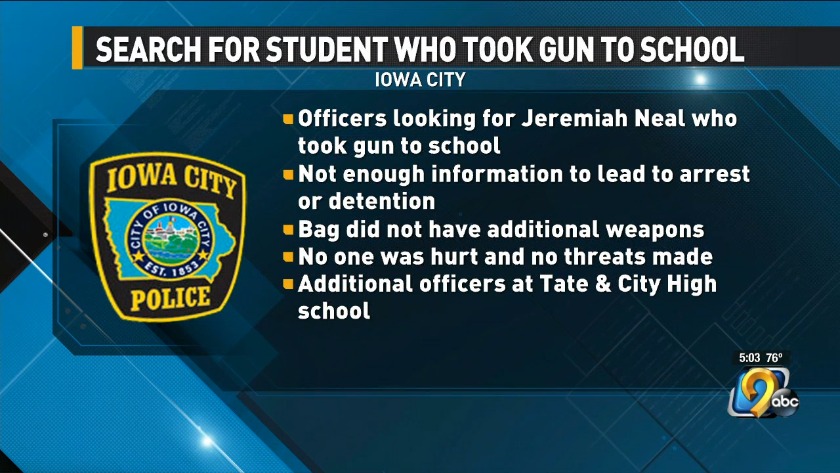 Police search for student who brought gun to school

IOWA CITY, Iowa (KCRG) - Police are searching for the student now charged for carrying a gun at Tate High School in Iowa City on Wednesday.

Police initially released the 19-year-old student Wednesday, saying officers did not have enough information to arrest the student while they waited for a search warrant.

Police released the name of the student later as Jeremiah M. Neal of Coralville. They have arrest warrants out for carrying a weapon on school grounds and possession of a weapon.

That warrant eventually let police search the student's backpack where officers found a loaded gun. An arrest warrant is now out for the student for a charge of carrying weapons.

Police say the student did not make any threats.

Police had additional officers at Tate High School on Thursday, as well as at nearby City High. The district also followed standard precautionary measures by securing doors.

Attorney Sara Riley of the Tom Riley Law Firm in Cedar Rapids said it's "highly unusual" that a situation like this one would occur.

Riley said she didn't want to second-guess the officers' actions because there are key facts that have not been made public yet, including where exactly police found the student.

Police said they found Neal outside the school but didn't specify if that meant he was still on school property or if he was somewhere else.

On school property, students have a diminished right to privacy, which Riley said means that even the principal of the school would legally be allowed to look through the student's backpack if there was reason to believe he had a gun.

If Neal was off school property, police would need to get a warrant based on probable cause. Riley said something like a report of a student with a potentially loaded gun on a school campus would have enough urgency to get a warrant quickly.

"I would think, even if he was off school property, and if they quickly, immediately got a search warrant, I would think they could've detained him for that period of time. But I'm sure they were more concerned with not violating his civil rights," Riley said.