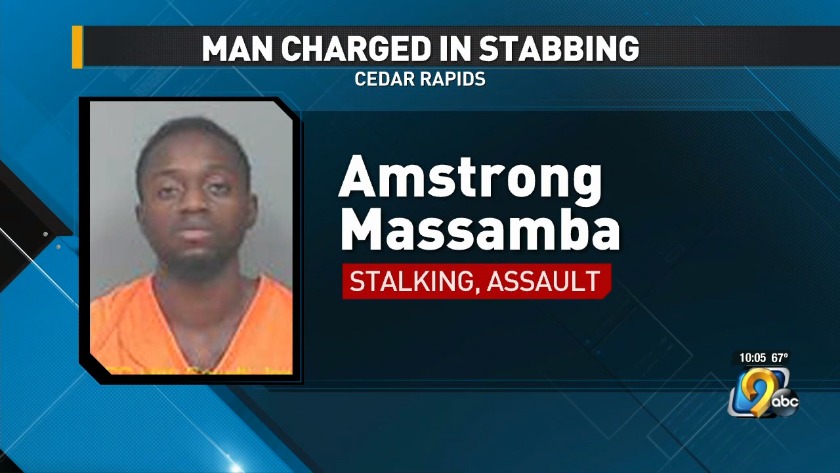 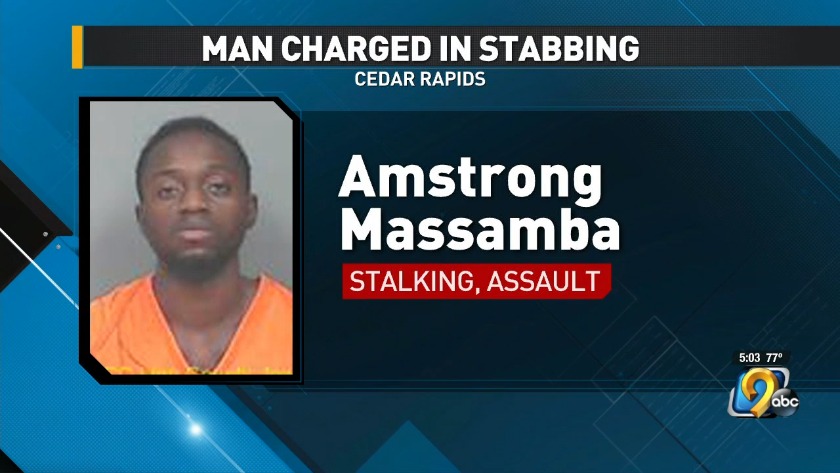 Stabbing near hospital in Cedar Rapids

CEDAR RAPIDS, Iowa (KCRG) - One person was injured following a stabbing at a Cedar Rapids hospital on Thursday afternoon.

The stabbing happened in the west parking ramp at Unity Point St. Luke's Hospital in Cedar Rapids shortly after 12 p.m. Police said there was a domestic situation taking place in the parking ramp between a man and a woman. A bystander attempted to intervene and was stabbed several times by the man involved in the domestic dispute.

The suspect was taken into custody. Police released the name of the suspect later that day as Amstrong Mento Massamaba, 25. He is accused of stalking, threatening, and attempting to assault a female victim.

The victim was able to walk to the hospital's emergency room and is being treated for non-life threatening injuries. The hospital did not go into lockdown during the incident.

No other information has been released. An investigation into this incident is still ongoing.