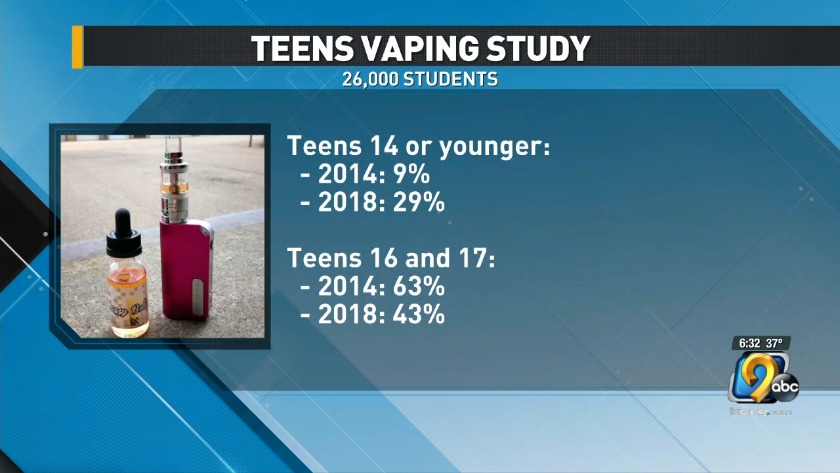 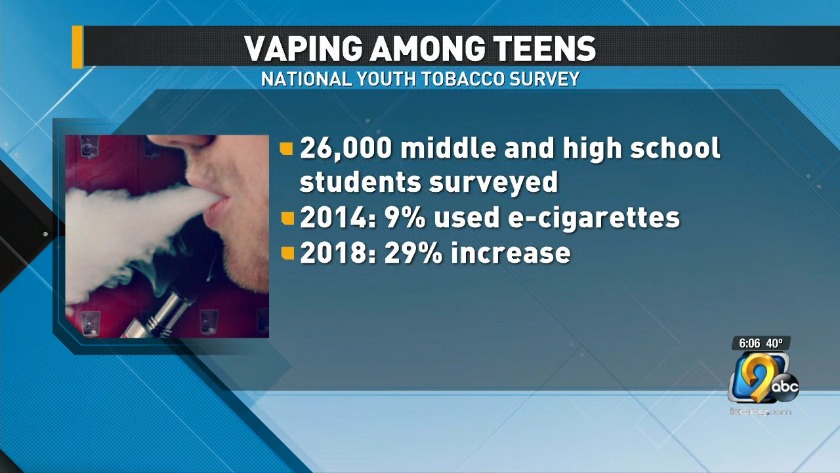 The Center for Disease Control has reported more than 2,500 cases of lung illnesses linked to vaping across the country.

The study, which used data from the National Youth Tobacco Survey, was published in American Journal of Public Health. It surveyed more than 26,000 middle and high school students between 2014 and 2018. In 2014, only 9% of teens 14 years old or younger used e-cigarettes.

Workers with ASAC are not surprised by the stats, but they are concerned. They're getting more calls from parents and school districts wanting to know more about vaping.

ASAC plans on doing more educating this year. The study did not examine why kids are vaping earlier, but workers at ASAC have some reasons. They say vaping is marketed towards kids with the many flavors. They worry about kids becoming nicotine dependent which can put them at greater risk of alcohol and drug addiction.

ASAC workers said there's a lower perception of harm with vaping, especially with Juul devices. The study showed many kids did not know they had nicotine in them.

"The cartridge they use is called the Juul pod,” said Prevention Specialist Jeff Meyers with ASAC. “One pod of that is gonna have roughly the equivalent of 20 cigarettes worth of nicotine. When you're talking about nicotine, you're talking about one of the most addictive chemicals on the planet."

A new federal law is changing the age to buy tobacco from 18 years old to 21. Meyers hopes that can cut down on kids vaping.

Meyers says kids are getting vaping products from people selling them illegally off the streets, or somebody older getting it for them.