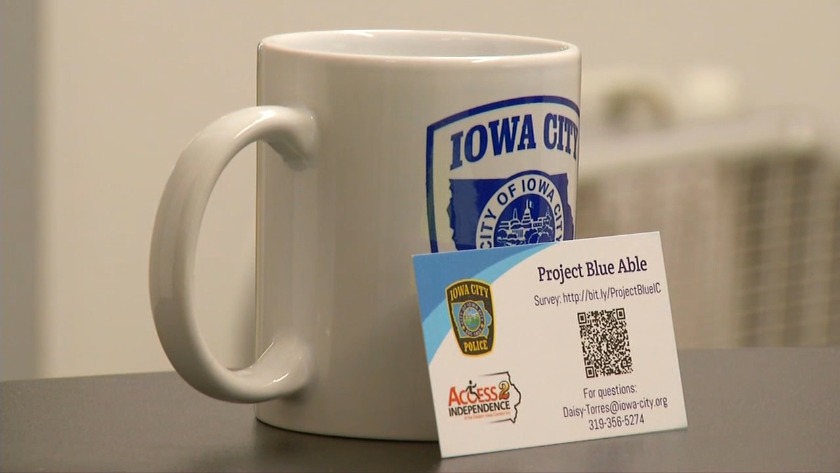 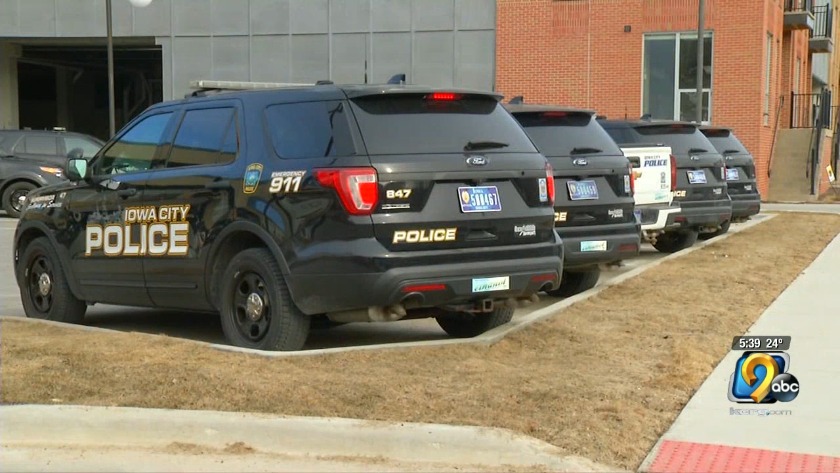 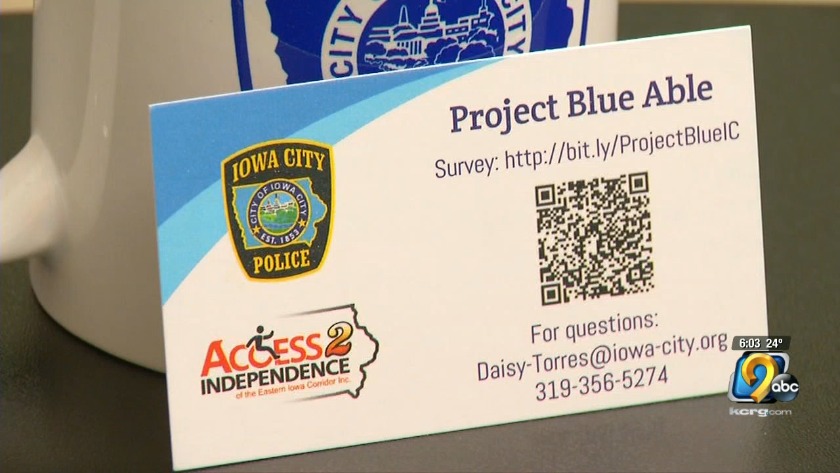 Leaders need help on how they want the program to run. A public meeting starts Thursday at 3:00 p.m. at the Mercer Park Aquatic Center in Iowa City. Officials want people with disabilities and their family members to come give advice on how the city should pilot program.

The police department says there wasn't one specific incident that made them want to start the program. They just want to build better relationships with the people they serve, and to help in the future.

One idea police are looking into is having something people with disabilities can keep on them about their condition to give to officers. That could be anything like a card or an envelope.

“Anytime we're being inclusive, it's gonna better serve all the community members, said Iowa City Police Officer Travis Neeld. “It's going to make us more professional, it's going to allow us to be more transparent. It's going to create an environment where everyone feels safer and everyone feels valued.”

Members from Access 2 Independence for the Eastern Iowa Corridor are helping police with the project. The organization works with people who have disabilities in many eastern Iowa counties.

"Iowa City will be the first to implement something like this in the state of Iowa,” said Executive Director Sarah Martinez. “So I think this pilot program could be really big in starting the conversation in the state of breaking down barriers between first responders, law enforcement, and persons with disabilities."

Police are still in the planning process of Project Blue Able so they don't have a timeline for when it will start, but they got the idea from a program in Connecticut.

After Thursday's meeting, people will get a card that will have a link to an online survey so participants can give more suggestions. Police are also looking for people to join their task force.

There will be another meeting Wednesday at 3 p.m. at the downtown library in Iowa City.