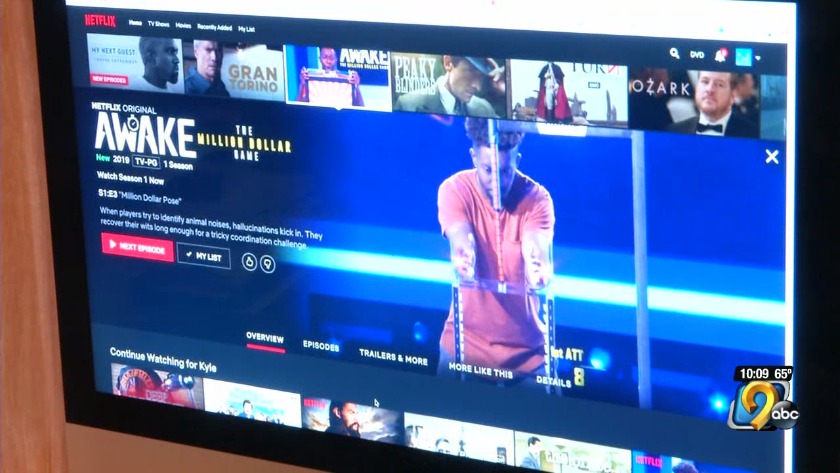 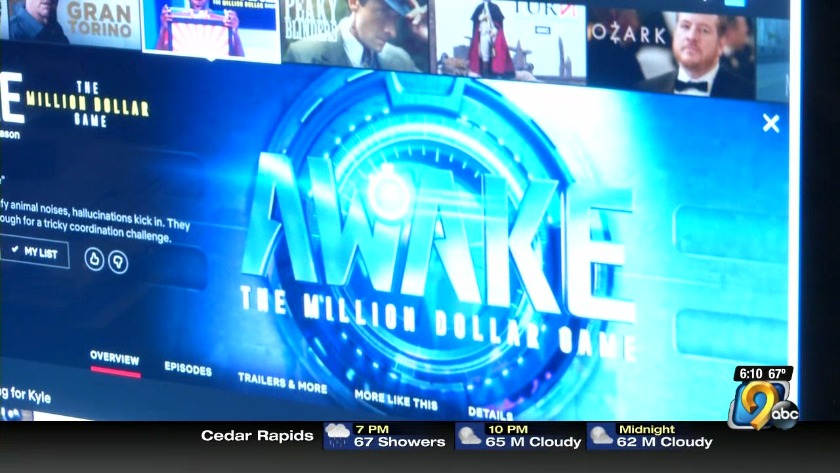 He wasn’t binging a series though, instead, he was a contestant on a new game show called ‘Awake: The Million Dollar Game.’

As a business owner, Kyle Steele says he's used to some long nights.

“I’ll get an idea in my head, and I have a lot of adrenaline, a lot of passion, so I'll just double down on it and go, go, go, for sometimes 24-30 hours straight,” Steele said.

On the new Netflix show that premiered on Friday, contestants stay up for 24 hours, and then participate in a series of challenges for a chance to win a million dollars.

Steele said they were allowed to have drinks like coffee, pop, and water – but only one Red Bull when recording the show in Burbank, California last August.

He remembers feeling like his mind and body were out of sync. Steele said that after traveling to the west coast, recording the show, and then returning home, he was up for 58-hours straight.

“At one point the host calls me a ‘Groggy Godzilla,’ which is a perfect explanation of how I felt,” Steele said.

Dr. Andrew Peterson of the Eastern Iowa Sleep Center says a lot will happen if a person falls out of their circadian rhythm. Just missing one night of sleep is equivalent to being legally drunk.

“If you lack sleep, it affects all sorts of things. A big impact is the frontal lobe of the brain,” Peterson said. “The frontal lobe is in charge of paying attention, task sequencing, modulating behaviors, and monitoring impulse control.”

Steele experienced all of that, but says it was worth it.

“It was an experience that I myself, my friends, and family will never forget,” Steele said.

It helps that he was able to nap on the plane ride home.

Steele told TV9 his friends and family had a watch party on Friday.

You'll have to watch Netflix to find out how Steele did – he appears on the second episode.