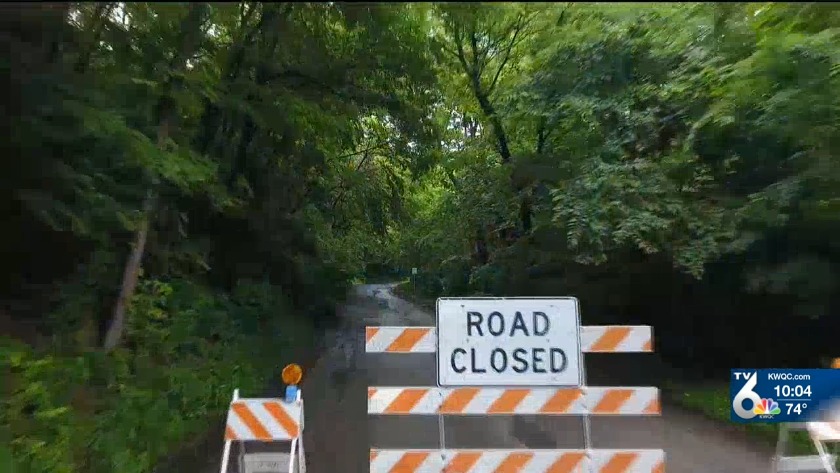 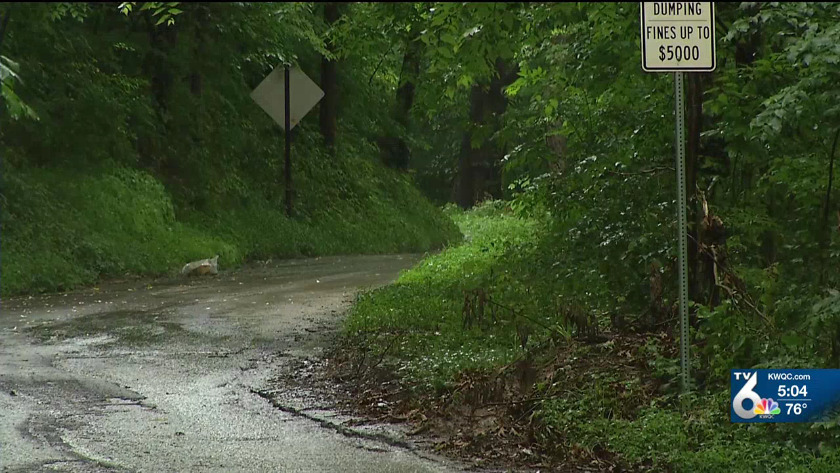 MUSCATINE, Iowa. (KWQC) - City officials in Muscatine are worried about what they're calling "the potential of a massive landslide" in one part of town. They've closed off part of Fletcher Avenue, and it will stay closed for the foreseeable future.

The city says they don't know when the landslide will happen, but with the rain we're expecting, it could happen at any moment, "it looks like it can come down any time really" said Brian Stineman, Public Works Director.

The city of Muscatine has closed off Fletcher Avenue until the landslide passes, or they think it's safe.

"With so much volume, I was just really worried with someone will drive that hill and getting hit by that slide, or it's nighttime and they don't know about it, running into it" explained Stineman.

The issue is, Stineman doesn't think there's a way to solve it because it's mostly mud and trees: "I'm not even sure how you'd even fix, it it's almost vertical hillside... I think, I hope I think it would stop down the road" instead of continuing into another private property.

When the landslide does happen, it would take a lot of work to get the road cleared again. "Depending on how much gives or moves that volume, it could be hundreds and hundreds of truckloads. There's no way of knowing until something happens" said Stineman.

If there isn't a landslide soon, the city is considering creating a man-made landslide so they are prepared.

Read the original version of this article at www.kwqc.com.

Cedar Rapids roads closed for week due to construction

Cedar Rapids roads closed for week due to construction