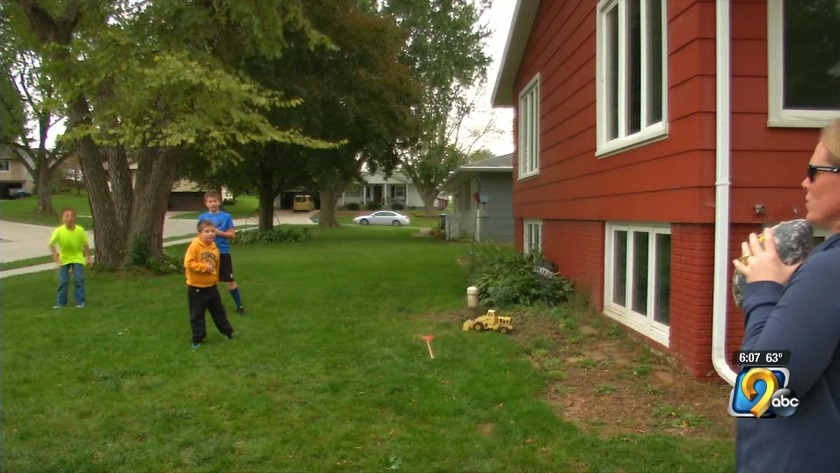 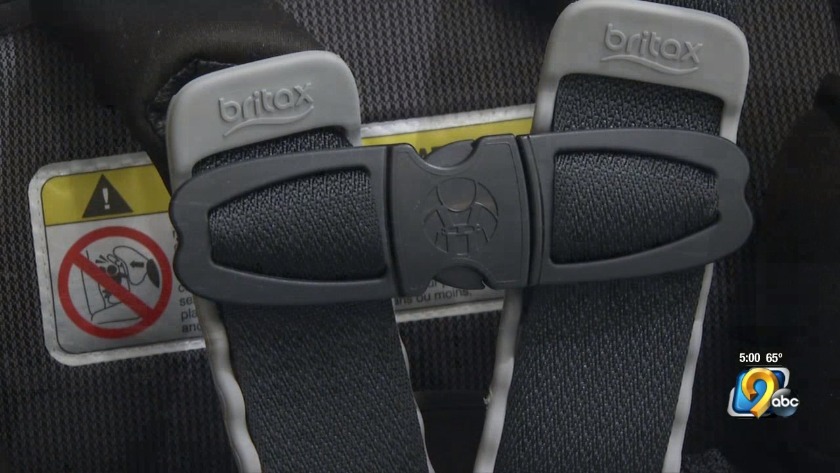 WILLIAMSBURG, Iowa (KCRG) - A mother of three boys is sharing just how vital it is for children to be buckled up in the car. Jessica Uhlmann was in a head-on collision last summer, the crash pushing the truck back 20 feet.

The Uhlmann's vehicle after a driver in the opposite lane crashed into them head-on. (Courtesy: Jessica Uhlmann)

Jacob, Wyatt, and Ethan were all buckled up correctly, but Wyatt, who was five at the time, had slipped the shoulder belt behind him, without his mom knowing. That caused him to be hurt much worse than his brothers.

Jessica wants every parent to know how important it is to have children ride in a five-point harness. She is an RN, a family tradition for her.

“My mother was a nurse for 40 years and three of my four sisters are nurses,” she said. Brandt, her husband, is the assistant fire chief in Willamsburg.

On a sunny summer day last year, the boys and Jessica were all riding in her new truck. “All three boys were buckled in their car seat, I always make sure we buckle them in when we're leaving home,” she said.

For unknown reasons, another driver crossed the center line and drove directly into them. “We've been through one of the worst things a parent can go through is seeing your kids hurt,” said Jessica.

Wyatt only had the lap belt on when the crash happened. His head was slammed forward, hitting the console in front of him.
He was cut to the bone on his chin, had seven of his teeth knocked out, and broke his eye socket, and arm. Jessica, Ethan, and Jacob weren't hurt nearly as bad as Wyatt.

Kristel Wetjen is the pediatric trauma program coordinator at the University of Iowa Stead Family Children’s Hospital. She says children lose a lot of protection when they stop using the five-point harness, and that the safety recommendations change often.

“What your friends, or your mom, or your grandma knows, it might be different now,” Wetjen explained.

Parents can make an appointment at the children’s hospital to check that their kids are in their car seats correctly. Or, many local police and fire departments can help ensure proper use.

For the Uhlmann’s, they’re all back to their regular selves.

“It’s not a good memory, but it's part of our story now,” Uhlmann said.
They just want others to know how to prevent other families from having the same story.