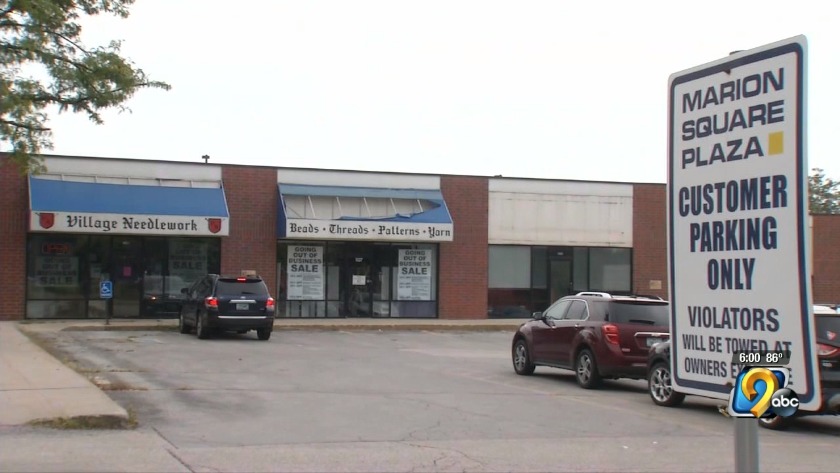 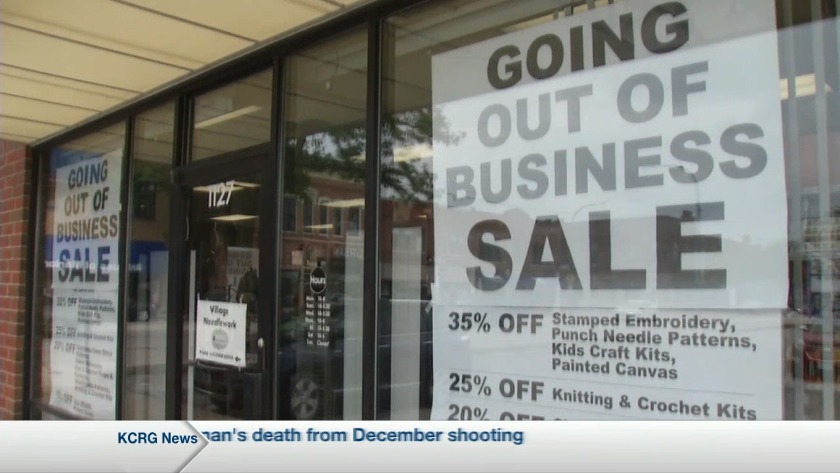 MARION, Iowa (KCRG) Business owners at Village Needlework say they are frustrated after having to close their business, claiming it was because of confusion over plans for a new library.

A going-out-of-business sale is advertised in the window at Village Needlework in Marion on September 11, 2019 (Taylor Holt/KCRG)

This comes after several businesses in the Marion Square Plaza shopping area tell KCRG-TV9 that they've closed their doors or have relocated their business because of the same confusion.

“It was a really tough decision because we've been in business for ten years and trying to say goodbye to all of our friends we made in the business is very hard," Joan Ackerman, owner of Village Needlework, said.

Ackerman said they found out about the proposal for the library around three years ago and were told they would have to relocate by the company that previously owned the plaza.

“We went about trying to find a new location to move to, and because of the expense of moving all of our things, it just was not feasible to move,” Ackerman said.

That eventually forced them to decide to close their doors, even though the plans for a library accompanied by commercial and residential components never came to fruition.

“Just not knowing and the length of time it’s taken for them to drag it out was difficult,” Ackerman said. “I think a lot of it was because they were unsure of what they were going to do."

"It made our piece of the project have to go through a conventional bidding process," Pluckhahn said. "When you are part of a building with someone else and you start introducing multiple contractors, multiple subcontractors, it just made the project impossible to do."

Since then, the plaza has sat nearly vacant. Tomaso's Pizza will be relocating in the near future as well.

Hannah Kustes, a spokesperson for the company that owns the property, Genesis Equities, said the Village Needlework closure was unintended and unfortunate.

A spokesperson also told us the lot behind the plaza is being redeveloped and that is where the library is now being proposed to move.

A full statement from the company is below:

“The potential redevelopment of this site has been a topic of discussion among the City and community for a number of years and started long before our involvement. Since our purchase of the property, those conversations evolved into the potential for a mixed-use building with new library. Unfortunately that project has been determined not to be feasible and will not move forward which was announced a couple months ago.

During the time this was being proposed, tenants expressed the same frustrations to us about the uncertainty of the Plaza’s future as well as adverse-affects the continual speculation has had on their businesses. With there being a library component to this project, it made discussions public that otherwise would have normally occurred privately as we worked through project due diligence.

Although unfortunate, the public nature of this proposal was out of our control, and we were very honest with tenants about this being only a proposal and not a certainty that a project would move forward. As soon as the decision was made not to further pursue the proposal, tenants were notified and we provided each an opportunity to renew their leases in their current space. To my knowledge, any existing tenants that are closing or leaving are doing so at the end of their current lease terms and have elected for various reasons not to renew.

The property is being actively marketed and is planned to be updated and re-branded. We hope to announce plans very soon for the intended improvements for the Plaza as well as a fresh new mix of tenants moving into these vacant spaces.”