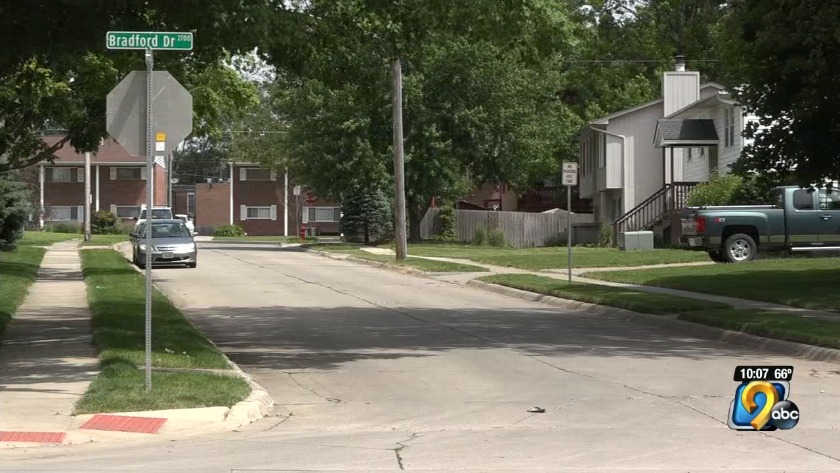 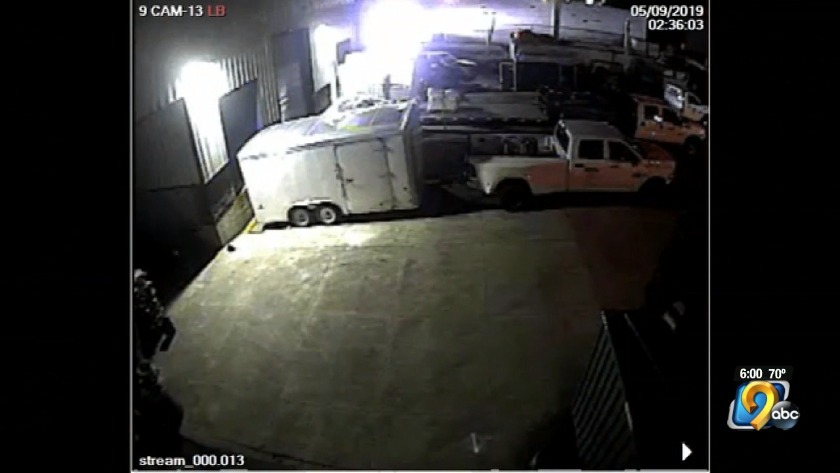 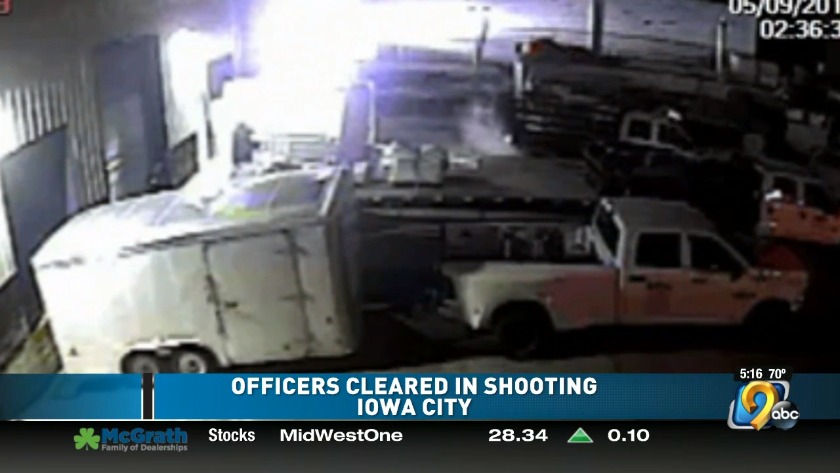 Tape blocks off the back of The Second Act, a second-hand clothing shop in Iowa City. The owner of the shop says she believes a man was shot behind the business in an officer-involved shooting Tuesday morning. (Randy Dircks, KCRG)

Police say Cintron-Caceres ran from them when questioning him about two burglaries they were investigating in the area.

The surveillance video, given to TV9 by the Johnson County Attorney's office, was used to help clear the officers.

The video shows what happened after Cintron-Caceres allegedly ran from police and into the fenced-in parking lot of Big 10 Rentals as police searched for him.

Police ended up finding Cintron-Caceres inside a truck but when they ordered he show his hands, he started the truck up and then began driving it back and forth, smashing into nearby vehicles.

Authorities tried to use a taser through one of the truck's windows but were unsuccessful.

Having "no way to escape" Officer Travis Neeld opened fire. Detective Alex Strickler also fired shots when the truck continued to move, thinking Neeld had been hit by the truck.

Cintron-Caceres was shot in his left and right shoulders but survived. He says he was "high on crack cocaine" during the incident.

Cintron-Caceres has not been charged for what took place but he is currently facing armed robbery charges stemming from an incident just two days prior to what unfolded and another that happened in late April.

Cintron-Caceres is also accused of assaulting officers on Hollywood Boulevard back on May 4th.