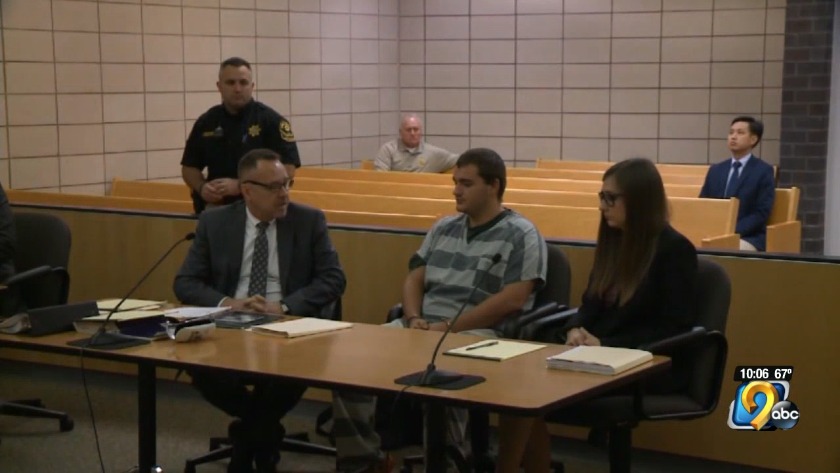 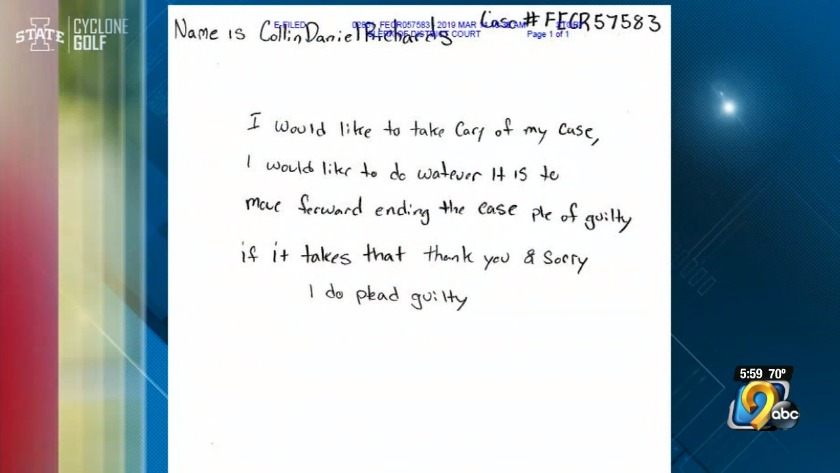 Court documents confirm Richards pleaded guilty and the state did not object. Reynolds said Richards’ plea carries a mandatory sentence of life in prison without the possibility of parole.

Richards is accused of killing Arozamena at an Ames golf course in September of last year.

According to court documents, Richards’ sentencing hearing is scheduled for August 12 at 9 a.m. at the Story County Courthouse.

Reynolds issued a statement that said, in part, "Today we honor the life and memory of Celia Barquin Arozamena, by announcing that justice has been served in her case. The defendant, Collin Richards, pled guilty today as charged to the crime of Murder in the First Degree."

She went on to say, "My heart is with Celia’s family today with the hope that this result will bring them some level of comfort."