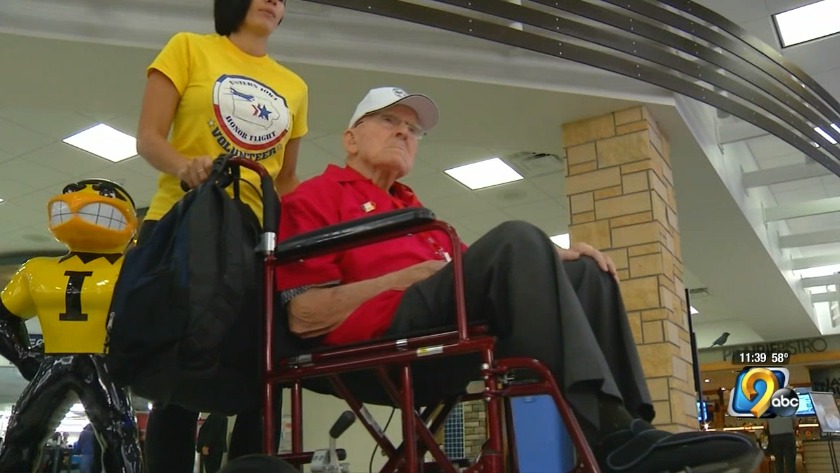 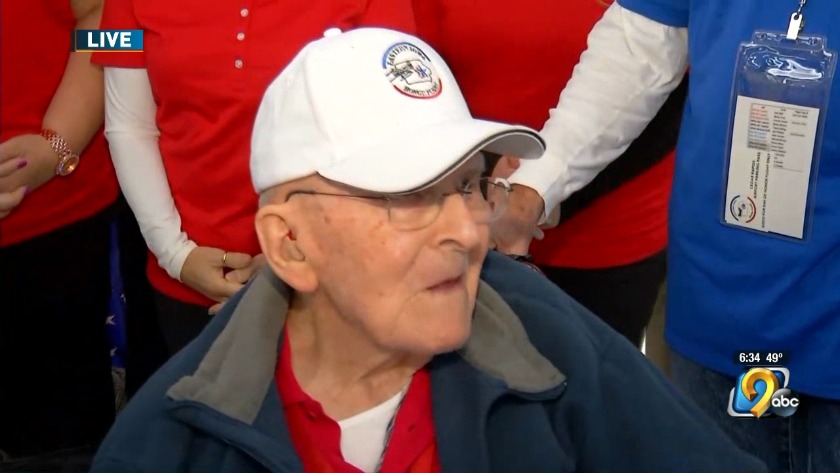 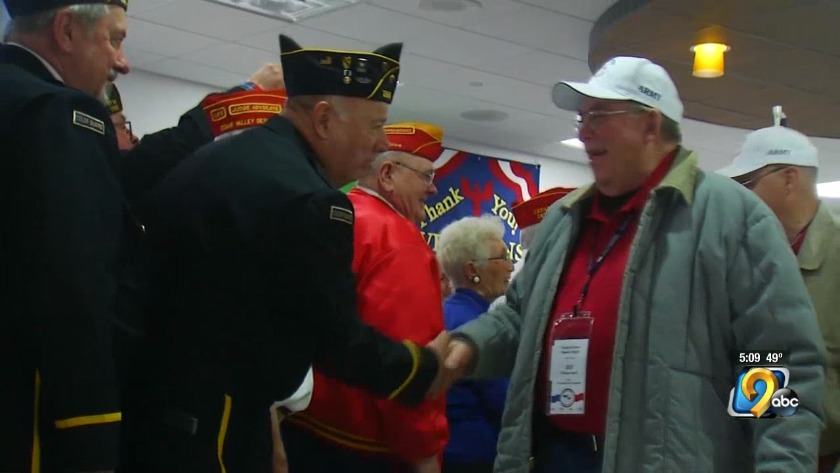 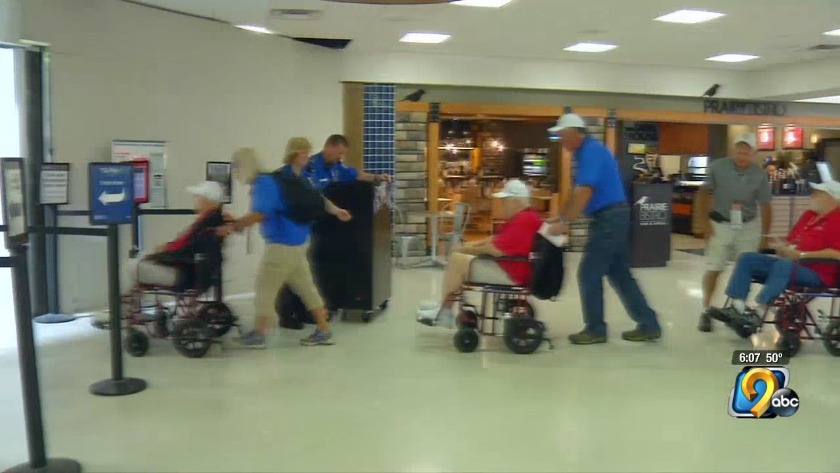 Dozens of vets aboard eastern Iowa honor flight to Washington 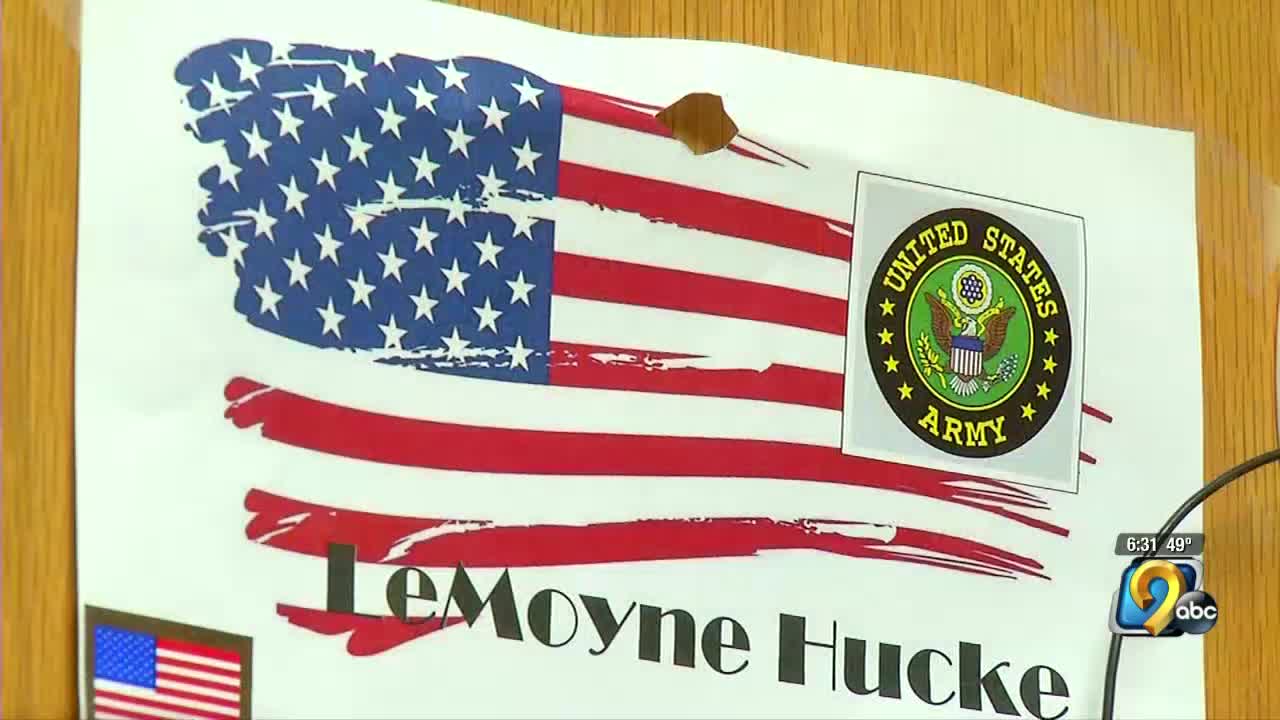 Oct. 15 is Army veteran Lemoyne Hucke's 99th birthday and he's celebrating by going on the honor flight. It took a lot of hard work, but his loved ones made his birthday wish come true.

On any afternoon you can spot Lemoyne Hucke laughing and playing cards with his buddies at the Leland Smith Assistant Living Home.

After a game of rummy, he's back to his room decked out with memories of his time serving in the military. From his old uniform, to his honorary discharge letter. Hucke was drafted to fight in World War II, serving until it ended.

"I wanted to serve my country,” he explained.

Most of his memories are good, although one thing did bug him.

"The mosquitos over there,” he said. “We had to keep all of our skin covered at night in India because of the mosquitos."

He's seen honor flights before and always wanted to be on one.

Jean Salazar is one of the workers at Leland Smith who's making the flight possible, but it almost didn't happen. As of three weeks ago when she called, the flight was full, she said a last-minute cancellation freed up a spot for Hucke.

"We are so excited,” said Salazar. “I mean we just, we all have goose pimples. We're going to be there for his homecoming. There's a bunch of us that's going to go up there to meet him when he get back. It's just wonderful."

Hucke is excited to see his birthday dream become a reality. "I never thought I'd be on a flight, on my birthday,” he said.

The flight is scheduled to leave at 7:15 a.m. Tuesday morning and is expected to return to Cedar Rapids at 8:15 p.m. The community is welcome to greet the veterans as they return. Parking is free, and spots fill up quickly.