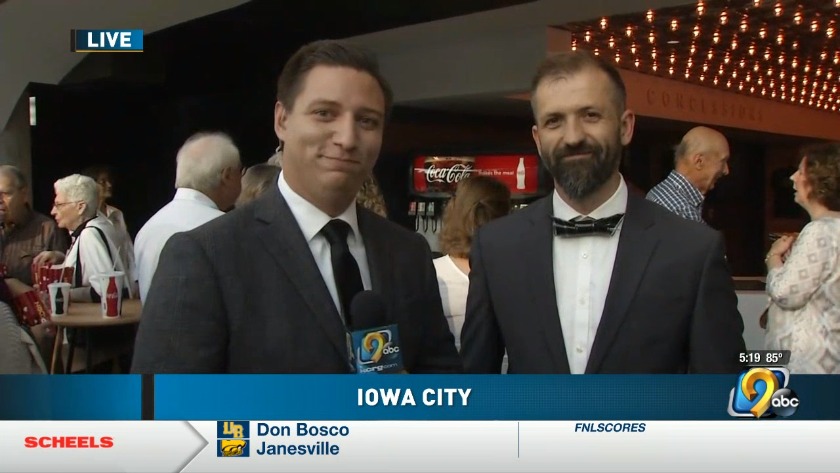 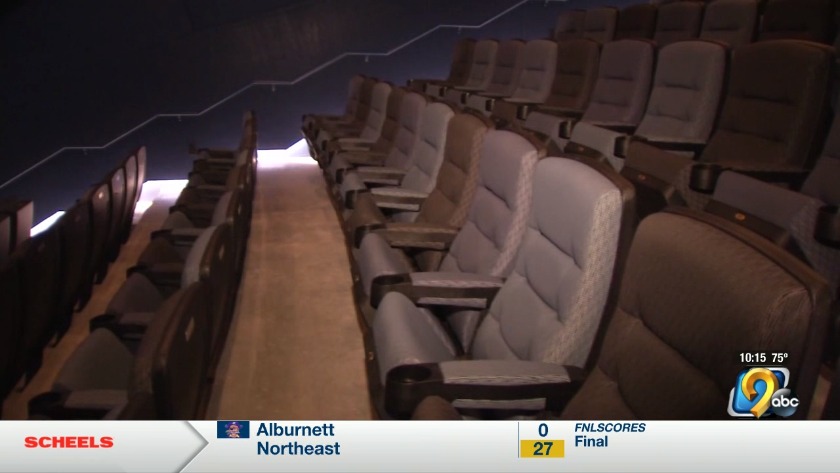 Andrew Sherburne (right), a co-founder of Filmscene in Iowa City, mingles with guests on opening night at their new theater in The Chauncey Building in Iowa City. (Marlon Hall/KCRG)

Staff said after three years of construction, and even more time raising the necessary funds, they are glad the opening has finally arrived.

Filmscene in Iowa City officially opened its new location in The Chauncey Building downtown. Movie-goers dressed to the nines on opening night for the first movie shown: Downton Abbey.

Leaders of the project said adding this location to the current theater in the Ped Mall in Iowa City was key because it allows them to now double their efforts and reach more people.

"We're so excited," said Andrew Sherburne, a co-founder of Filmscene. "We sold out all of our shows tonight, I think we're going to sell out a lot this weekend. But we've got twice as many screens now. Two locations, four screens, so we'll have lots of programming... something for everybody."

Filmscene will keep its other location, and said that this is an expansion project- not a move. Sherburne explained this gives them more opportunities to show a wider range of films and appeal to more people of all ages.