Kirkwood professor: 'I affirm that I am antifa' 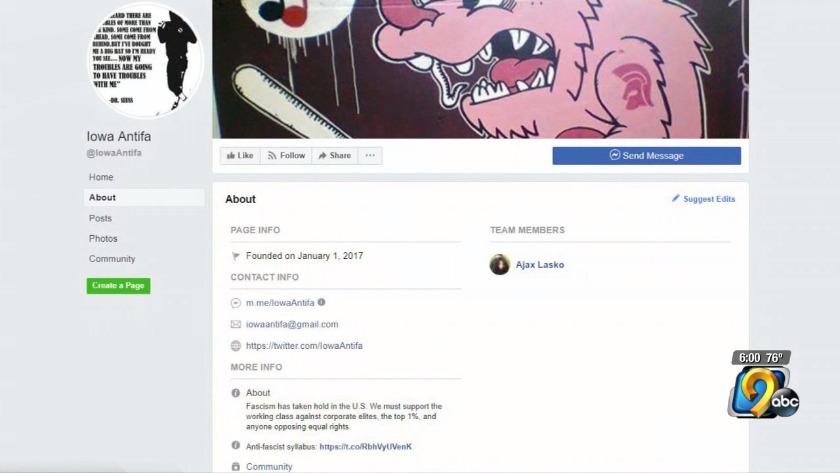 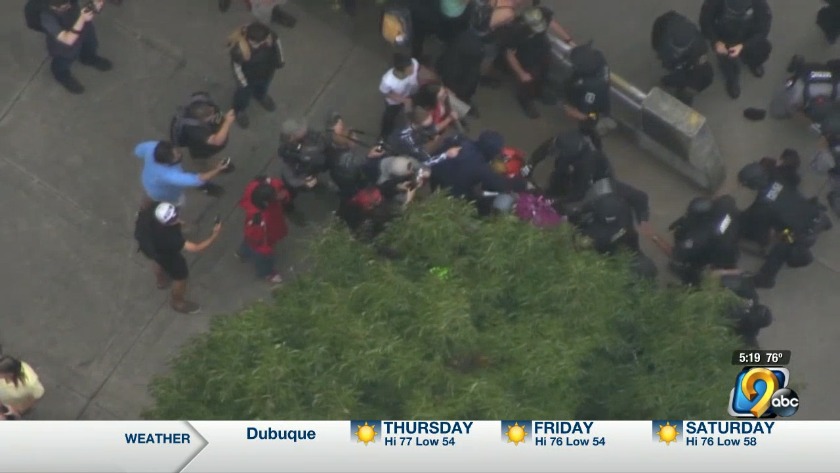 Antifa is a group that has been behind several violent protests nationwide. Their name is short for Anti-Fascist and is a movement focused on physically fighting far-right and white supremacist groups.

The FBI has monitored the group and President Donald Trump is threatening to designate it as a domestic terrorist organization.

Klinzman, who has worked as an adjunct English professor at Kirkwood since January 2010, tells the I9 investigative team, "I affirm that I am 'antifa'". Klinzman declined to take part in an interview with I9 citing safety concerns but said in an email he makes no apology for what he has posted online.

Klinzman says what he has posted on social media drew complaints at Kirkwood Community College.

On the Facebook page for "Iowa Antifa", one can find a litany of far-left statements and conversations. One of them features a tweet from President Donald Trump where he calls the group, "Radical Left Wack Jobs who go around hitting... people over the heads with baseball bats". Professor Klinzman wrote in response, "Yeah, I know who I'd clock with a bat..."

The Secret Service tells I9 they are aware of Klinzman's post but would not confirm if they are investigating it as a threat to the President.

Cedar Rapids attorney Sara Riley says while what Klinzman posted may suggest an act of violence against the president, she does not expect him to be charged.

"It's so ambiguous that there is just no way that he'd ever be considered a true threat," said Riley.

A search through Klinzman's Facebook page shows over the years he has also made statements expressing his desire to "stop evangelical Christians" where he included a poem that said, "Kill them all and bury them deep in the ground". Klinzman went on to explain, "It's not pretty, and I'm not proud, but seeing what evangelical Christians are doing to this county and its people fills me with rage, and a desire to exact revenge."

I9 shared what we found with Kirkwood but the college declined to comment, calling it a personnel matter.

I9 also shared Klinzman's posts with Pastor Dave Doyle of Hope Christian Fellowship in Cedar Rapids. Doyle thinks Klinzman should be removed from the classroom immediately.

"This is not something you can just dance around the topic," said Doyle. "You have to confront it, you have to face it, you to deal with it, sometimes very bluntly and I don't see that is what Kirkwood is doing there right now."

Riley says Klinzman's words are protected by the first amendment of the U.S.Constitution and because Kirkwood is a public institution, and as he has not broken any laws, there is not much they can do about the views he has expressed.

Records obtained by I9 through an Iowa Open Records request further reveal Kirkwood has no policy barring faculty from joining groups like Antifa. The college, however, does have a policy on the books that warns instructors, "that the public may judge their profession and their institution by their utterances. Hence they... should show respect for the opinions of others".

"I wouldn't myself as a professor want to be associated with acts of violence that are attributable to a movement of individuals like Antifa," said Jason Blazakis, a former Director for U.S. State Department specializing in counter-terrorism.

Blazakis says when discussing Antifa it is important to note that they are not like other extremist groups as they have no hierarchy and no clear command structure. Nevertheless, the University of Maryland's Global Terrorism Database has linked them to more than 200 incidents worldwide. None of the incidents listed in the database have happened in the United States.

Kirkwood spokesperson Justin Hoehn declined I9's request to interview someone with the college about this situation. Hoehn did send I9 a written statement that said the safety of students and staff is a top priority for them.

Klinzman did tell I9 in his own statement that his comments on Christians may have gone too far but he said he would only apologize to those Christians who share his "commitment" to various issues facing the county.