Kernels set for 13-game homestand because of Quad Cities flooding 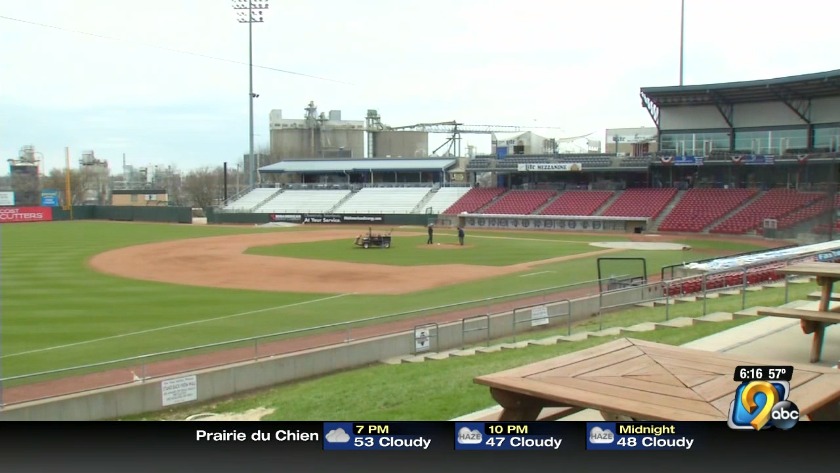 Kernels in the middle of 13 home game stretch 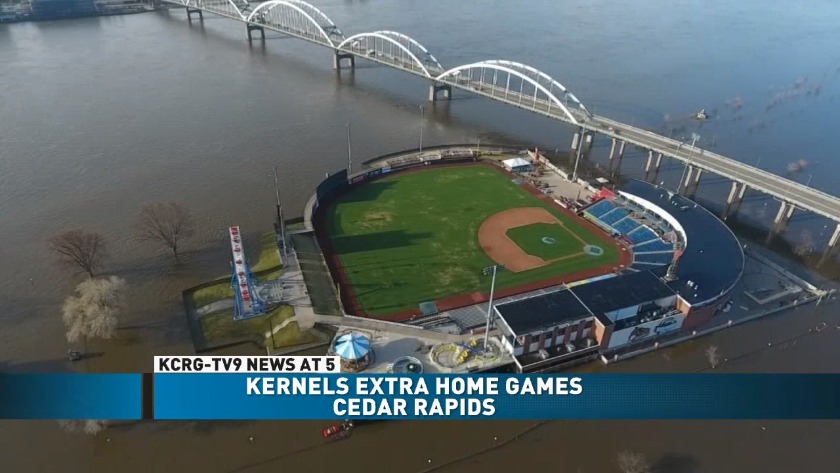 Kernels to play extra home games due to flooding

CEDAR RAPIDS, Iowa (KCRG) - Flooding along the Mississippi River in the Quad Cities has led to more baseball being played in Cedar Rapids.

The Cedar Rapids Kernels were scheduled to play a three-game series against the Quad Cities River Bandits at Modern Woodmen Park in Davenport beginning Monday night.

However, those games were moved to Veterans Memorial Stadium in Cedar Rapids because of the flooding right outside the stadium, leading to a 13-game homestand for the Kernels.

“We certainly enjoy playing baseball here every night,” Kernels General Manager Scott Wilson said. “We’re never going to complain about it, and we want to help out a friend in the league whenever we can.”

Wilson said the team expects to lose money during those three games against the River Bandits.

General admission tickets for each game will be sold for just $5, and fans can sit wherever they want. But the Kernels have no idea how many people will show up on short notice.

“Basically, everyone that comes out on a ticket like that is going to help us get closer to the break even,” Wilson said.

Though the River Bandits are technically the home team during this series, the Kernels will be covering the typical home-team costs, like paying the umpires.

To offset that, they’ll be cutting back where they can.

“All of our full-time, front-office staff will be the ticketing office, the gate people, will put the wristbands on the folks, do all the jobs that we normally hire people to do, except concessions,” Wilson said.

During the series, only one concession stand and one bar will be open. Some regular game-day features, like the inflatables section and on-field promotions, will be scrapped.

“Those are all additional costs that we are trying to hold back on right now,” Wilson said.

He said the field itself should be good to withstand the wear and tear of 13 straight games, especially in cooler weather.

“The field does tolerate well,” he said. “This time of year, it’s not hot, so it’s not cooking grass all the time like that.”

After the series against the River Bandits, the Kernels will host the Beloit Snappers for three more games.

Once that stretch wraps up, the Kernels will be on the road for a full week, giving the stadium and its crew a little break.

“Everybody will get the chance to rest, heal, and get back to doing what we do 70 times a year at home no matter what. We’re just going to be 73 this year,” Wilson said.

Wilson said if the Kernels didn’t play the games against the River Bandits at home, the only other option would be to play at a neutral site. However, Wilson said that would cost more overall for both teams.