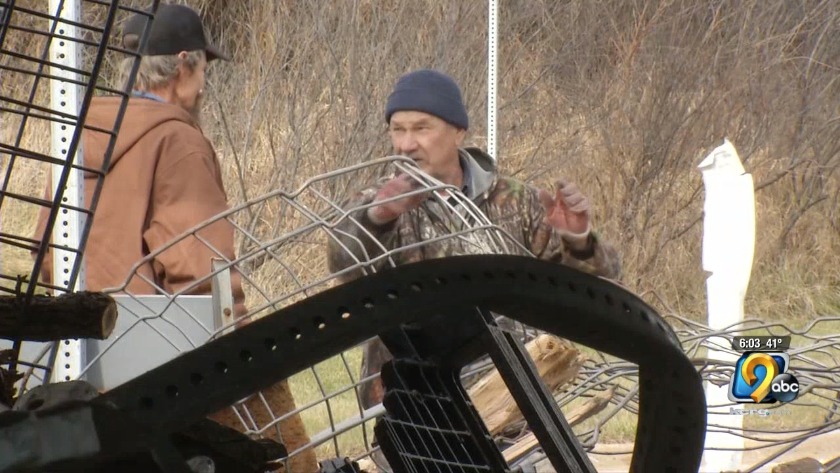 Car crash into Wyoming building not the first time 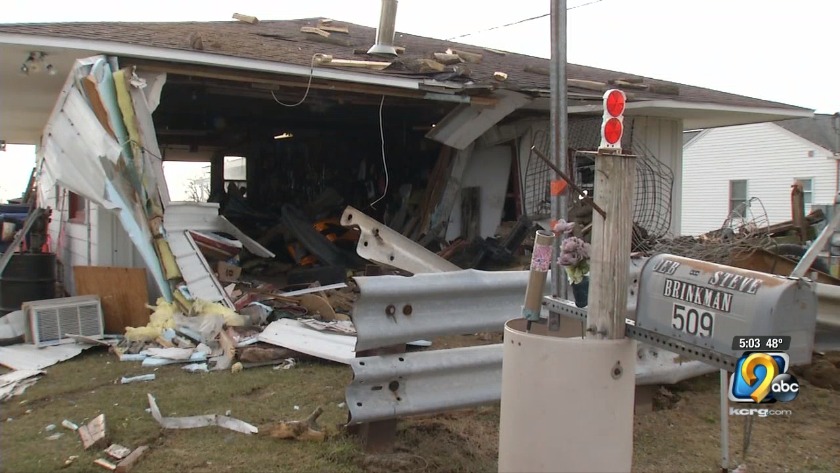 Residents thankful they're safe after car crashes into building

WYOMING, Iowa (KCRG) -- Homeowners in Jones County woke up to a car that drove through a building on their property Monday morning, but this isn’t the first time something like this has happened just outside their door.

A car crashed through a Jones County building on Monday, Nov. 25, 2019 (Randy Dircks/KCRG)

It happened around 6:30 a.m. Monday at the T-intersection of Iowa Highways 64 and 136. The Jones County Sheriff said a woman driving a car experienced what authorities believe may have been a medical condition while heading south on Highway 136. The driver then plowed through the intersection, crashing through a converted garage.

“My husband says I think the building has been run into again,” Brinkman said, describing the morning.

The car was able to go through a barricade set to protect the building a destroy everything its path and landing inside.

The Brinkmans bought the building that sits just next door to their house 46 years ago, right after someone else had crashed into it. It was once a drive-in restaurant that they converted and have since used as a man cave.

“The sign (from the restaurant) has lasted through five crashes, it’s still there, we still have it,” Brinkman said.

Brinkman said most mornings her husband goes out to the building to start a fire and watch the news. She said that she is thankful he wasn’t out there when Monday’s crash happened.

After the multiple other crashes in the past, the Brinkmans came up with their own line of defense in an attempt to save their property.

“We put the barricade up ourselves and dug steel beams four feet in the ground, cemented them in – it didn’t stop it,” Brinkman said.

After Monday’s sixth crash, the Brinkmans aren’t sure if they should rebuild or attempt to move the building elsewhere, but said the crash could have been worse.

The Johnson County Sheriff said the driver of the car was treated for a seizure and other injuries related to the incident but is expected to be okay.

The Iowa Department of Transportation is reviewing Monday’s crash and previous incidents to determine what changes can be made.