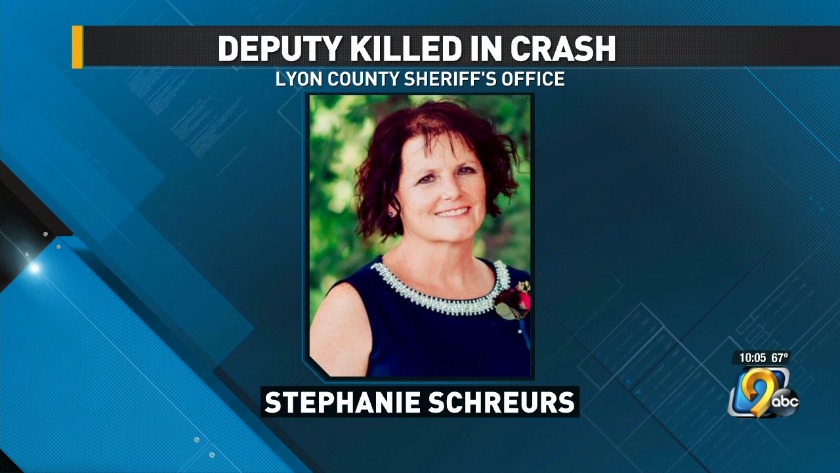 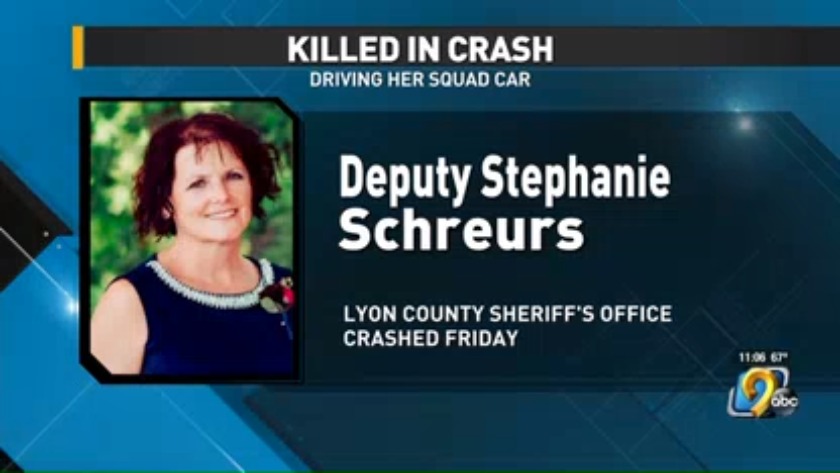 On Friday, the sheriff's office said Deputy Stephanie Schreurs was driving a police SUV in non-emergency status when she crashed into a ditch after entering a sharp curve. The SUV vaulted a driveway then rolled, coming to rest on the driver's side of a gravel road.

Schreurs was flown to a hospital in Sioux Falls, South Dakota, for her injuries. She died Tuesday morning, according to a post on the sheriff's office Facebook page.

Schreurs was a 24-year veteran of the sheriff's office.

A memorial fund has been established in honor of Deputy Schreurs at Security Savings Bank in Larchwood, Iowa. This is the only official memorial fund in existence. Funeral arrangements are pending.