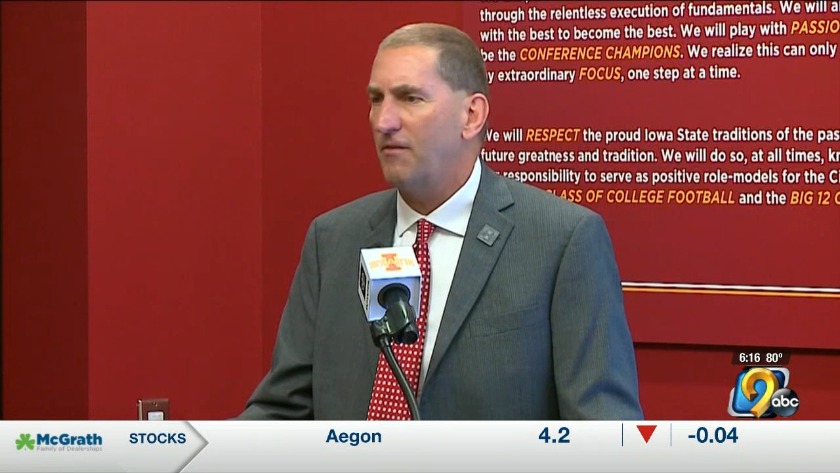 ISU says it's waiting for details in band mistreatment allegations 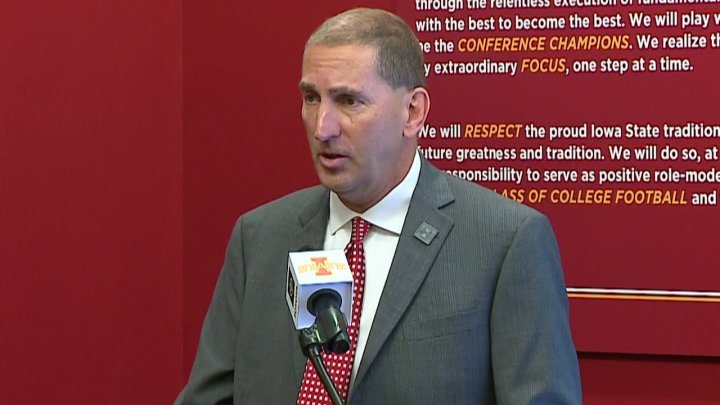 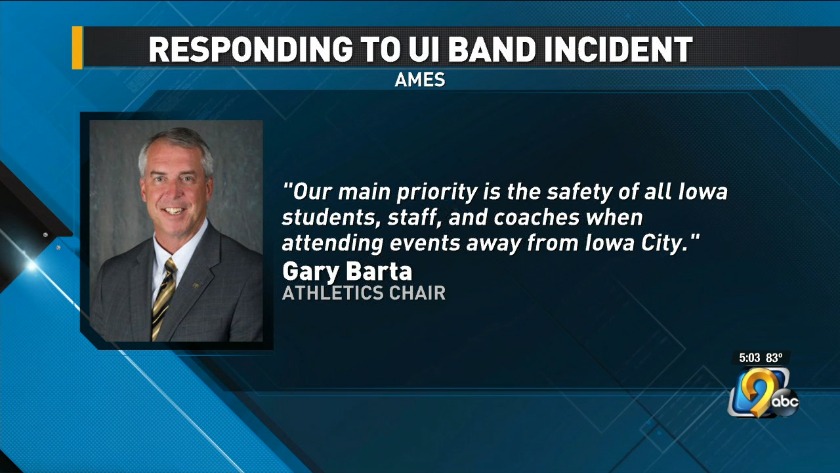 AMES, Iowa (KCRG) - Iowa State University's director of athletics said that University of Iowa officials had given the school little to no information about allegations of "inappropriate actions" against the Hawkeye Marching Band during Saturday's football game in Ames.

Jamie Pollard, during a press conference about development plans around Iowa State's major athletics buildings, said the school is ready to help Iowa investigate the claims, but has not been given details about what, or when, things happened.

"It's tough to comment on this situation because all we know is that Iowa issued a press release," Pollard said. "I couldn't tell you what happened, when it happened, or where it happened. No one's been able to ascertain that information or provide it to us."

Pollard said that none of the police officers that escorted the band during Saturday's clash between in-state football rivals reported anything unusual to Iowa State campus police chief Michael Newton.

Pollard emphasized the school's willingness to help and urged University of Iowa officials to reach out to him and his staff with more information.

"I'm assuming they wouldn't issue the press release if something didn't happen, but no one has said what, or where, or when," Pollard said.

University of Iowa athletic director Gary Barta issued the statement on Monday, saying that band members were subjected to "inappropriate actions" but did not elaborate on what had occurred.

Pollard said that this weekend's alleged incident would not deter the school from allowing the Iowa marching band to attend the game in the future.