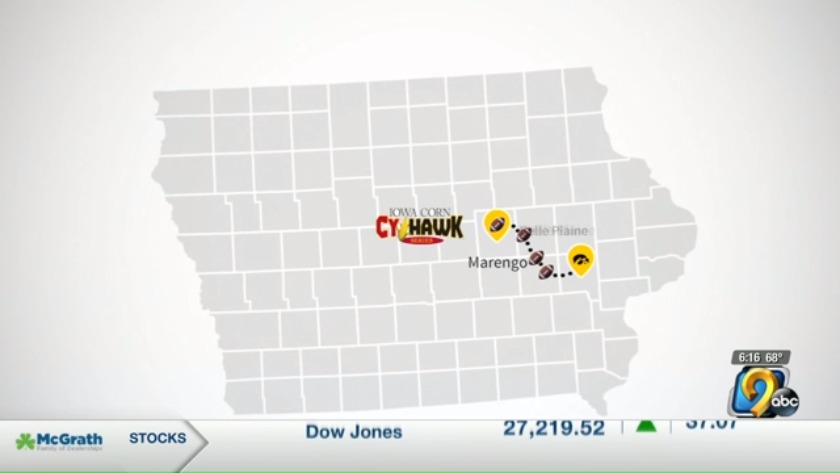 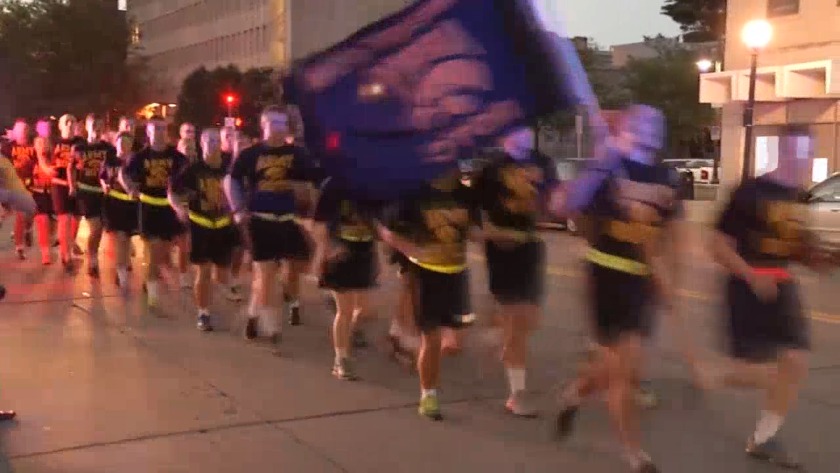 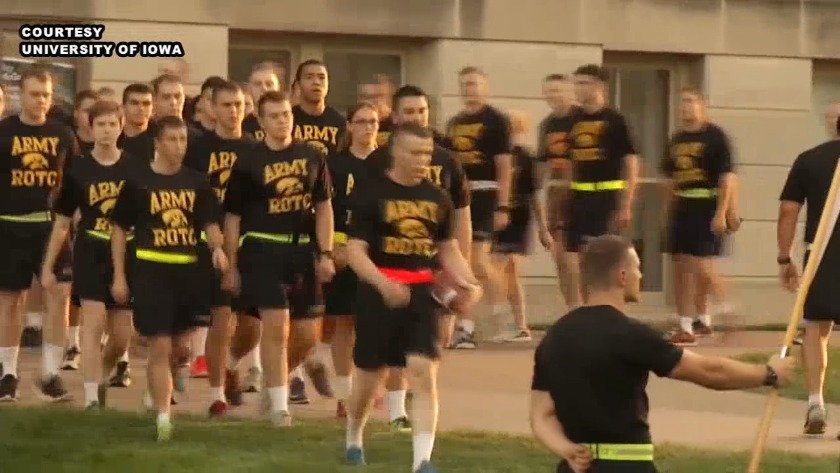 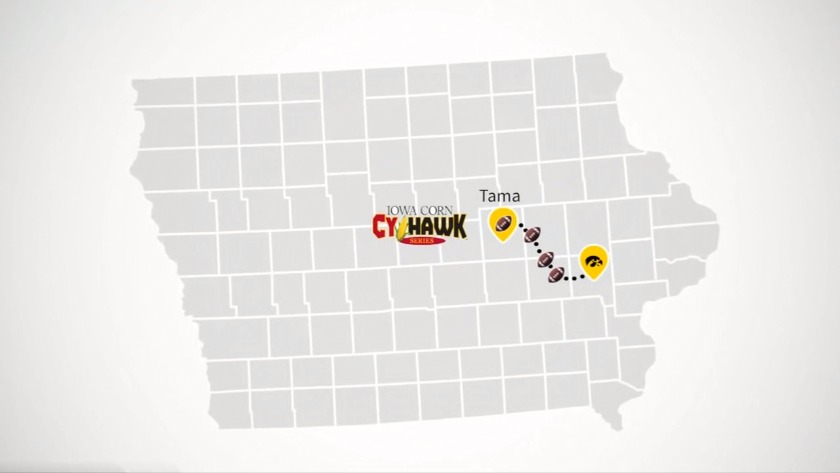 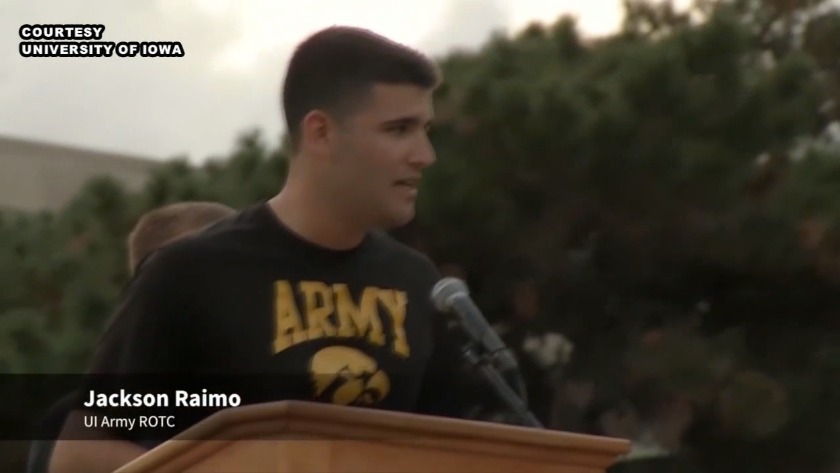 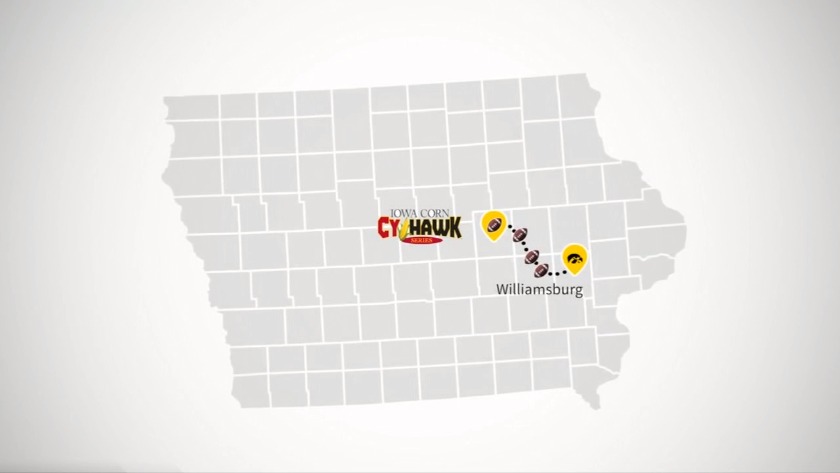 IOWA CITY, Iowa (KCRG) - Army ROTC groups from the University of Iowa and Iowa State University participated in the annual game ball run Friday. It's a yearly tradition that happens before the Hawkeyes and Cyclones play each other.

Members of the UI ROTC gathered at Kinnick Stadium around 7 a.m. Friday. They took pictures and played catch, then took a ceremonial lap around Kinnick Stadium.

The UI ROTC ran a football through Tama, Marengo, Williamsburg and Belle Plaine. The groups talked to kids along the way and worked to raise money for food pantries in those cities.

An Iowa State ROTC group met up with the UI team in Tama and took the football to Ames.

The event has been going on for more than 30 years.

The Hawkeyes take on the Cyclones at 3 p.m. on Saturday.