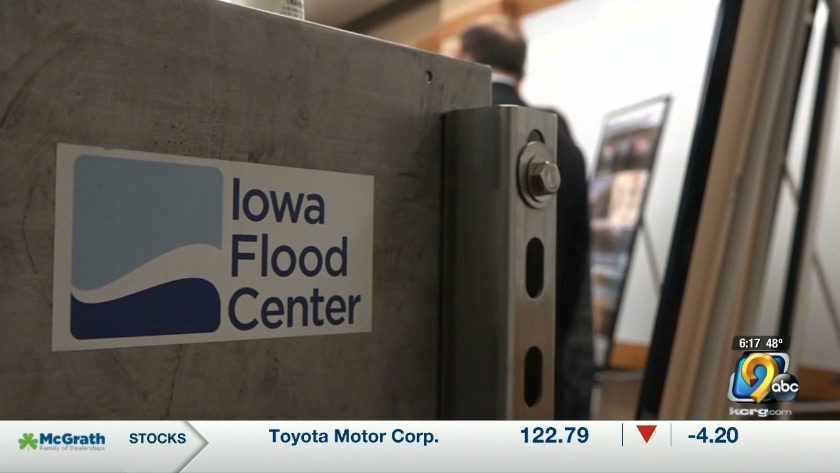 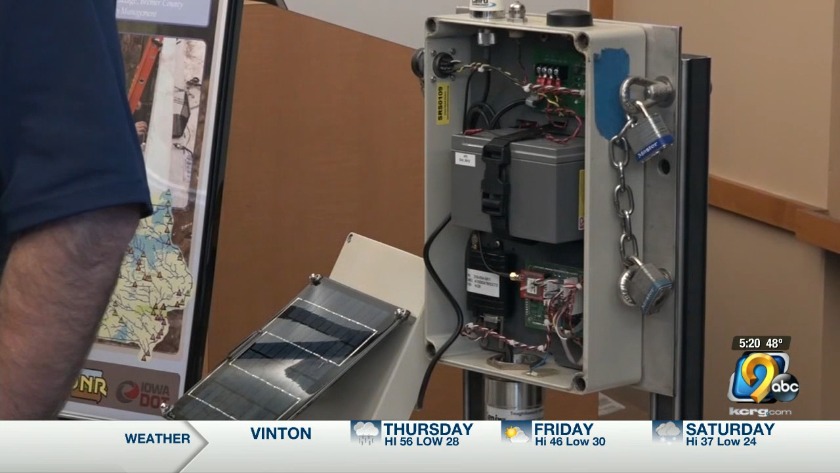 The Iowa River in Iowa City on Wednesday, March 11, 2020. The Iowa Flood Center is located right next to the river inside the University of Iowa's Stanley Hydraulics Laboratory. (Aaron Scheinblum/KCRG)

After receiving an additional $150,000 dollars in state funding, they said it is just enough to keep key flood sensors up and running.

Looking at the Iowa River, directly adjacent to the Iowa Flood Center headquarters in the Stanley Hydraulics Laboratory, staff and students can see the constant flow of the river. It's there that river levels both nearby and throughout the state are monitored.

"We track the weather conditions from day-to-day and we do what we can," Dr. Witold Krajewski, the director of the Iowa Flood Center, said.

Krajewski and other staff at the Iowa Flood Center spent Tuesday morning explaining new features for this upcoming year. Much of the focus surrounded the hundreds of stream sensors placed across the state.

"If you have any property or you're working in an area that's potentially inundated, you'll want to know that there's harm coming your way," Dan Ceynar, project engineer, said. "These sensors in Iowa Flood Center and various other tools that we've developed, provide information to the public to make informed decisions."

Those small, metal boxes that the center deploys needed an expensive fix.

"Verizon, the service provider, they are phasing out the current technology," Krajewski said. "We knew about this ahead of time and we planned for the replacement."

Staff members with the flood center said the necessary funding for the changes brings up a bigger issue: overall funding levels.

Outside of a potential feeling of insecurity, staff members admit they work in small numbers with big responsibilities. Ceynar said he is the one person responsible for replacing all of the modems across the state, and it needs to be done by the end of the year.

Increased funding has been a primary focus for the flood center, as they work with the Iowa legislature now to try and secure it. Ceynar said it should be an easy decision to make.

"The reality is it's pay now or pay later," Ceynar said. "And pay later with a lot of interest. Because if we don't react proactively, then we're reacting to a disaster."