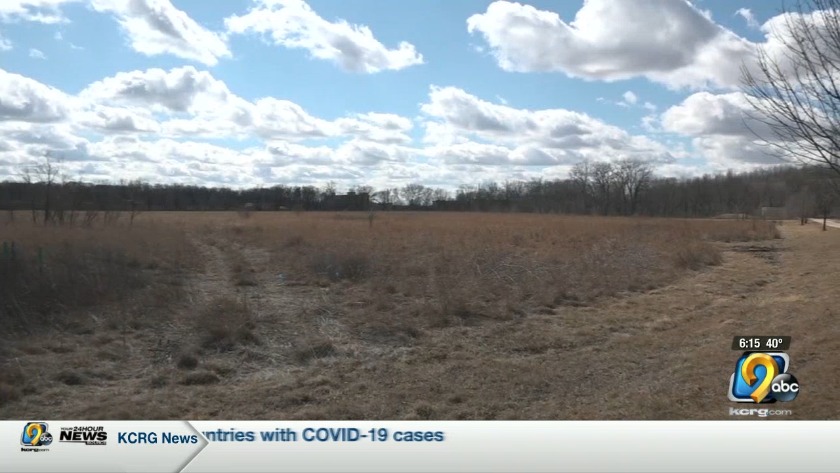 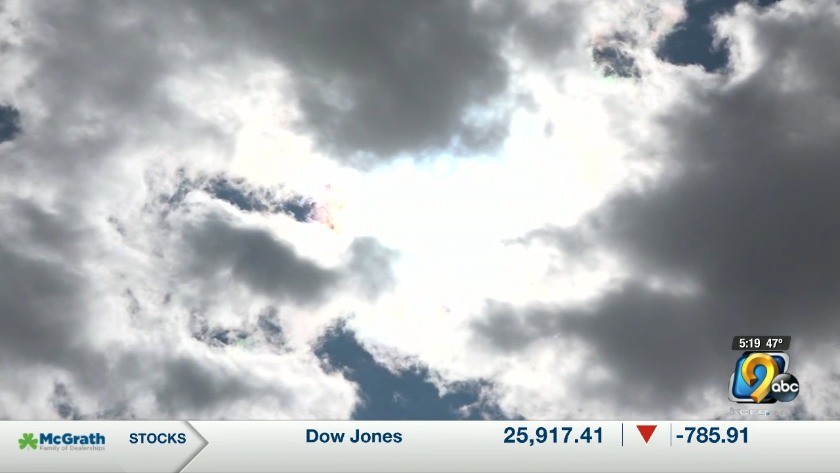 IOWA CITY, Iowa (KCRG) - Iowa City may soon be home to thousands of solar panels that would be owned and operated by MidAmerican Energy.

A City of Iowa City UTV is parked at Waterworks Prairie Park in Iowa City on Tuesday, March 3, 2020. Nearly 19 acres of land could be leased by MidAmerican Energy to create a large scale solar energy system that could power about 580 average Iowa homes. (Aaron Scheinblum/KCRG)

As part of the city's Climate Action Plan, released in November 2019, the city said it was one of their short-term goals to enter an agreement with the energy company in creating a lot for solar panels. Now the terms of that agreement are being considered by members of the city council, and that could lead to a public hearing for community members to express their opinions, too.

The proposed site is at the Waterworks Prairie Park on the northeast side of Iowa City, located just north of Interstate 80 near Dubuque Street. MidAmerican Energy would lease nearly 19 acres of land at the park for at least 30 years. The energy company will have the option to extend the deal for an additional ten years after that.

While the deal would be the first of its kind for the city of Iowa City, staff with MidAmerican said it would also be a first for them, marking the first time the company has built a large-scale solar energy system.

"We're excited to partner with the city to implement our first project and really learn a lot about solar energy through this first project," Adam Jablonski, the director for renewable energy development for MidAmerican Energy, said.

The solar energy system is expected to create 3 megawatts of energy. Jablonski said that is the equivalent to enough power for 580 average homes in Iowa.

With the city's climate action goals, leaders in Iowa City have been working to find a partnership that would allow them to further reach those goals.

"It's meaningful that it generates a substantial amount of renewable energy that will go into the grid and that will be used by people in the MidAmerican service territory, which includes Iowa City," Geoff Fruin, the city manager for Iowa City, said. Fruin has been working with MidAmerican on the potential deal.

Currently, the space MidAmerican Energy wants to acquire is described by the city as "non-developable." The 18.89 acres of land are planted with prairie. MidAmerican would replace that with other vegetation that would not interfere with the solar panels, and place roughly 10,000 solar panels in the space.

Fruin says the large display would create a large impact for people in the city and driving by on I-80 to see the city's climate action goals being reached.

"You'll see that as you drive along I-80, and as you walk along the trails in Waterworks Prairie Park, you'll be able to see that solar array to learn from some signage that will be in the area," Fruin said. "And hopefully it will inspire folks to take actions themselves."

Jablonski said they plan to begin construction this spring and expect it to be finished and fully operational by the end of 2020.

The Iowa City City Council still needs to approve the deal. The city council is expected to schedule a public hearing on March 24 at Iowa City City Hall.

The city council would have the ultimate decision to pass or reject the deal after that hearing.