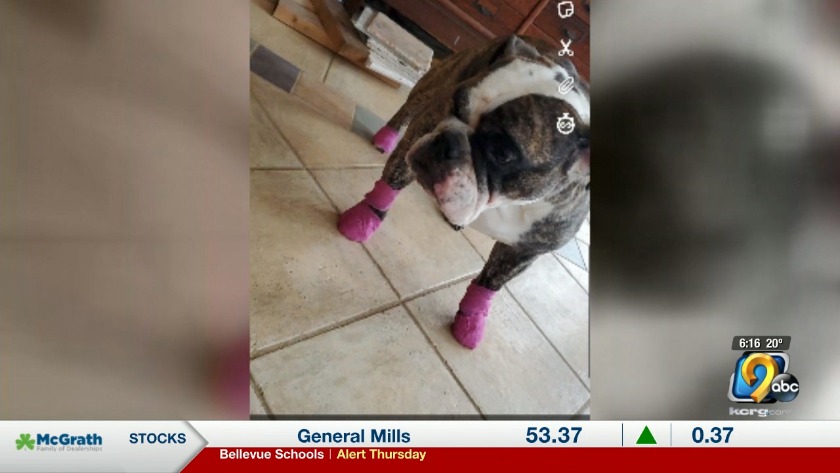 Pets at risk while running on icy lawns 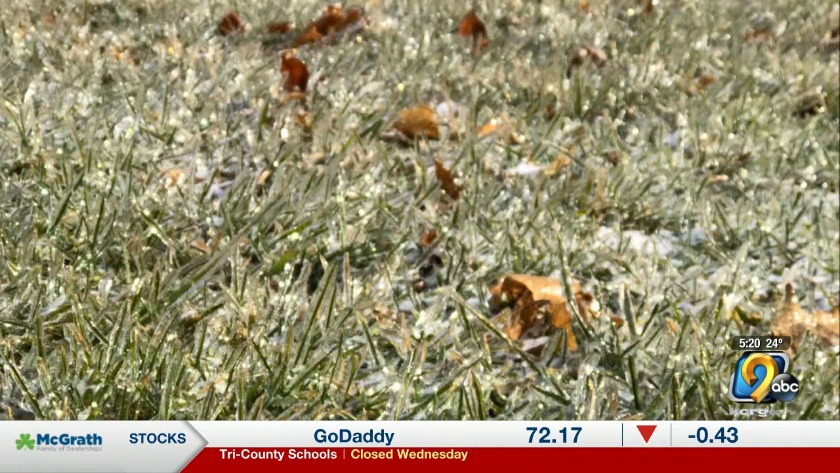 CEDAR RAPIDS, Iowa (KCRG) The combination of rain, snow, and ice that last Friday's storm left is concerning pet owners, who say it can be dangerous for their furry friends.

Tara Armstrong said she knows that firsthand. She said she noticed something wrong with her pup, Walter, after letting him out on her front lawn shortly after Friday night's storm.

"Once we got inside, he was kind of like sitting here, shaking and I'm like, what's wrong. Then, he moved and there was blood on the floor, and I was like, “Oh my God, why is my dog bleeding,” Armstrong said.

With the help of a neighbor, she bandaged his paw and called the hospital.

"The only explanation we had was that the grass shanked Walter right along his toenail line," Armstrong said. "They said keep an eye on it and make sure there’s no signs of infection and eventually those things work their way out."

Armstrong said she was shocked because nothing like this has ever happened to him.

"I really wasn't expecting the grass to be that sharp," Armstrong said. “I think we’re used to, weather-wise, having the snow coat the grass and soften it."

Steven McGinty, an associate veterinarian with Peterson Pet Hospital, said they see these incidents pretty regularly during the winter months, and there's been an uptick with the recent storm.

"The grass itself can get sharp from the water freezing on it, even just a layer of ice, if the foot goes through the ice the edges can cut the paw," McGinty said.

McGinty said the injuries can sometimes be serious.

"We have some dogs that will really get their feet cut, and come in with bleeding sores, and we have others that just have minor scrapes," McGinty said.

With the ice, there are preventative measures pet owners should take.

"Trying to keep an area shoveled in the yard, so you know the ice isn’t there in the first place, and keeping them on a leash and walking them just so they don't get into areas where they are going to have problems," McGinty said.

McGinty also recommended using booties or a wax protectant on their paws, which Armstrong said she does use for Walter.

"So it kind of acts as a protective barrier like a bootie would but without all of the time of getting the booties on," Armstrong said.

Her advice is just for pet owners to be cognizant of their surroundings, and have a first-aid kit handy.

McGinty said the biggest issue they see around this time is with ice melt, which can be toxic and even deadly in some cases to animals. He says getting pet-safe ice melt is always recommended, and making sure you wipe your pet’s paws after being outside.