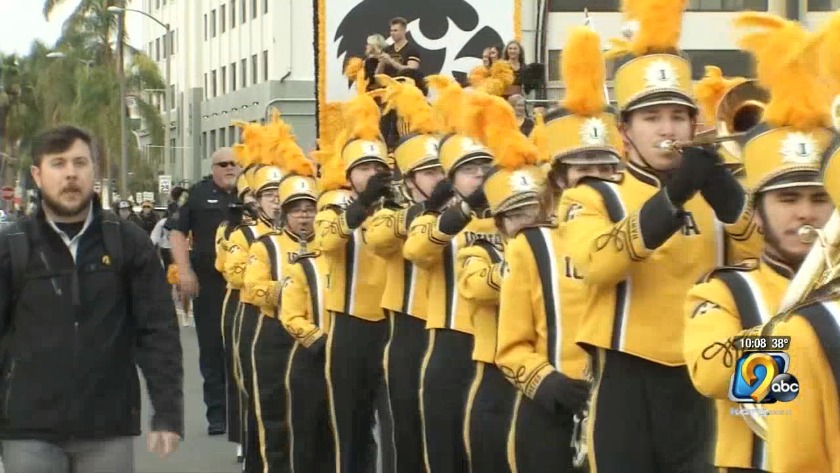 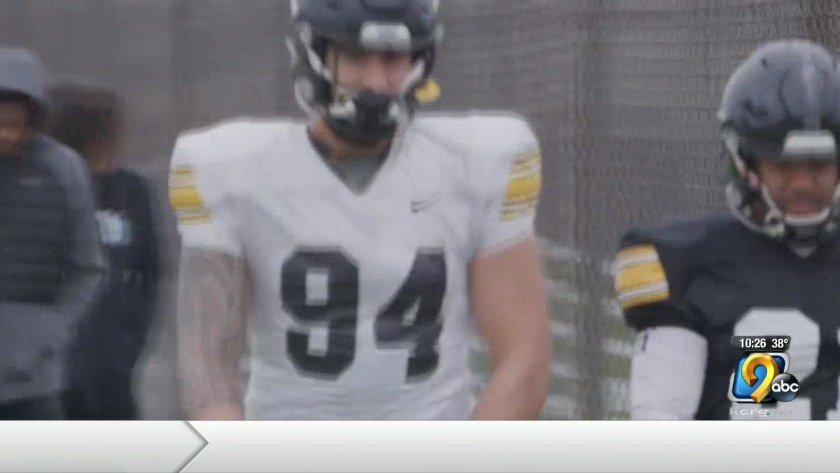 SAN DIEGO, CA (KCRG) -- Thursday had a completely full schedule for the thousands of Hawkeye fans that made it to San Diego -- first it was battle of the bands, then a luncheon with the team, and the Hawkeye Huddle but the main attraction was America’s Largest Balloon Parade.

San Diego has a completely different vibe than the one a person would find in Iowa, but the thousands of Hawkeye fans young and old seemed to be enjoying themselves

The parade took place right downtown and was the perfect stop for the Fred family, who winters in Laughlin, California.

“We winter in Laughlin, so we came to Laughlin in early December and we’ll be here until the middle of April, so it's just a short five hour drive for us," Roger Fred said. "In Iowa, you can be clear across Iowa but it's a 24 hour drive to Laughlin from New Sharon so yea five hours is a short drive.”

It was a trip to root on the Hawkeyes that was too good to pass up. After all, they’ve been going to Kinnick since 1975.