Group works to bring liberals and conservatives together 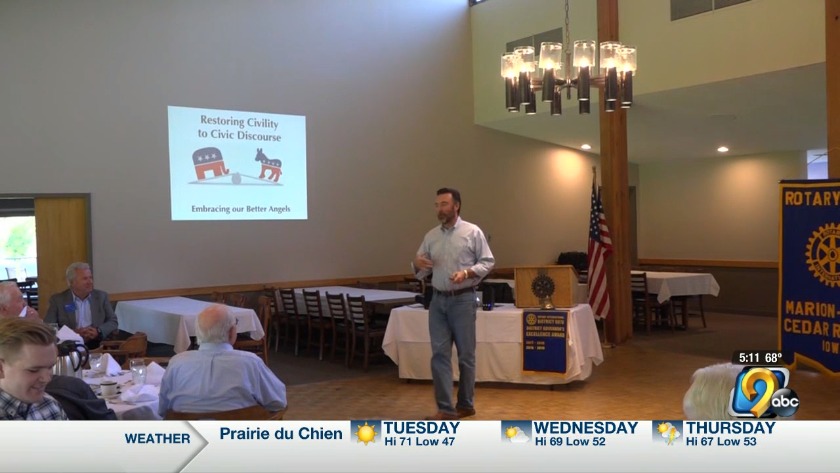 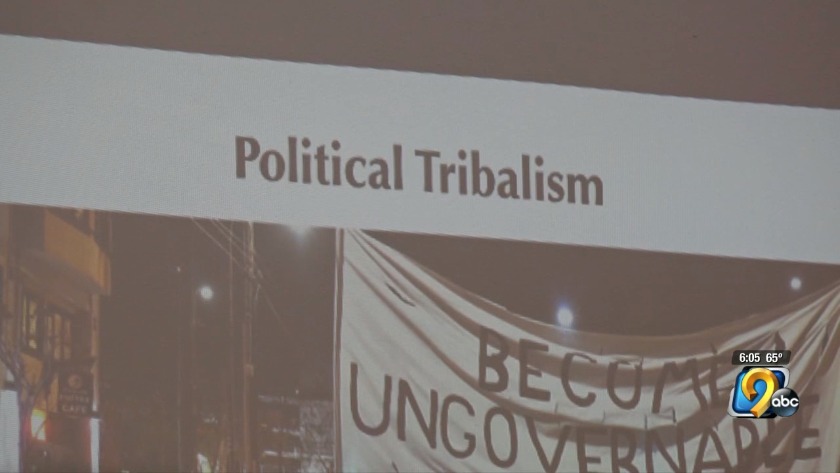 MARION, Iowa (KCRG) -- A national citizen’s movement to bring both liberals and conservatives together has made its way to Iowa.

The group Better Angels met with the Marion-East Cedar Rapids Rotary about how to depolarize political conversations on Tuesday, October 8, 2019. (Aaron Hosman//KCRG)

Better Angels has a mission to depolarize American political conversations, and the group spoke Tuesday at the Marion – East Cedar Rapids Rotary Club.

Leaders from that organization said there is a growing divide between the values of Republican and Democratic parties along with growing animosity. They want to help people talk to one another with opposing political views without sacrificing their own ideals.

“I think this has the chance of healing those divides, repairing our broken politics, repairing broken families and things like that and driving policy solutions ultimately, so getting that dialogue going again is critically important,” Dr. Christopher Peters, a two-time former candidate for the U.S. House of Representatives who is now with Better Angels in Iowa, said.

The group’s efforts started in Iowa about a month ago. They bring together an equal amount of Republicans and Democrats and hold workshops. In those workshops, each side learns to create a constructive dialogue about their political views.

Better Angels also shows a documentary entitled “Better Angels: Reuniting America,” about what happened before, during and after one of those workshops.

Better Angels currently meets with local community groups, but they hope to take the workshops to legislators.

“Ultimately, it translates into getting legislators at the local, state and federal level to be doing the same thing, rather than what we constantly see in the media right now,” Peters said.

Peters said he wants to get the documentary shown in all of Iowa’s 99 counties.

You can find upcoming documentary viewing locations and learn how to get involved in co-hosting your own workshop here.