Group in Johnson County practices how to respond to ICE raid, de-escalating violence 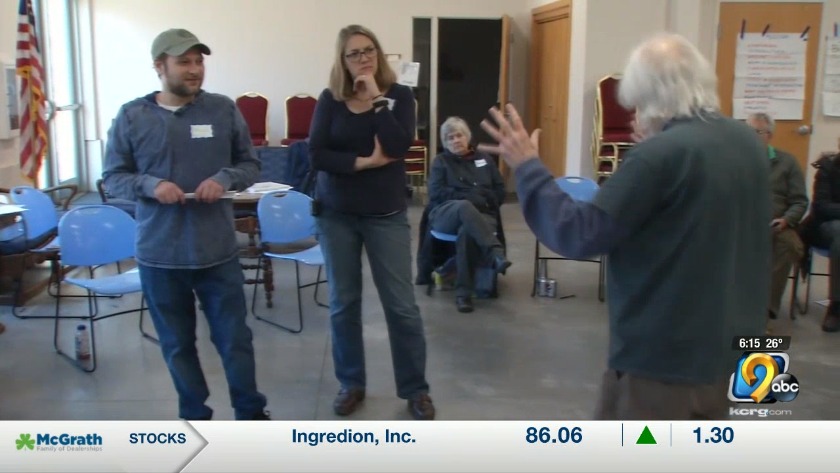 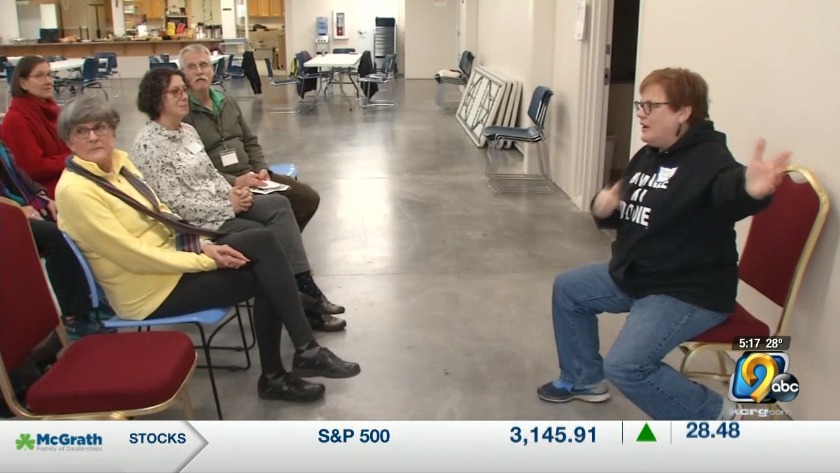 CORALVILLE, Iowa (KCRG) - Sanctuary cities do not cooperate with state or federal immigration laws, and essentially try to protect undocumented immigrants from deportation.

A group in Johnson County participated in training and role-playing exercises, replicating how to de-escalate certain situations like a raid from U.S. Immigrations and Customs Enforcement on Friday, Dec. 6, 2019 at the St. Thomas More Church in Coralville. (Marlon Hall/KCRG)

Despite a ban on sanctuary cities in Iowa, a group in Johnson County trained on how to respond to potentially violent scenarios, such as an immigration raid on a church.

Things began calmly at the St. Thomas More Church in Coralville. About 25 people closed their eyes and meditated- but the feeling of relaxation for people like Kim Spading, a pharmacist with the University of Iowa Hospitals and Clinics, was only temporary.

"Police, this is the police," a man said. "We have reason to believe that there is some illegal harboring going on in this location. We have a warrant to deport Silvia Hernandez."

Hernandez was a fictional character. The situation was not real, but a simulation and role-play scenario for people to participate in. Organizers said the goal was for people to learn how to act in those situations, rather than react.

"It really does bring up a lot of emotion that I think is good to experience in advance of the real thing," Spading said.

Led by Rev. C. Peter Dougherty, the Outreach Coordinator with Meta Peace Team from Lansing, Mich., the scenarios were designed to help de-escalate risky moments. Role-play moments ranged from two people engaged in a fistfight, to an ICE raid at a church. Doughtery travels nationwide to lead the training.

"Learning to deal with conflict, not by reacting, but rather by creatively seeking alternatives to violence," Doughtery said.

Some said these exercises could end up helping in the future.

"This actually gives me even some physical tools of what to do in some situations as well," Spading said. "And I find that really helpful."

And Doughtery said those lessons align with what he wants people to learn.

"We want to help people get skills, starting with their own personal transformation, from just living in fear, reacting, that we don't react we learn how to act because we're more centered and mature," Doughtery said.