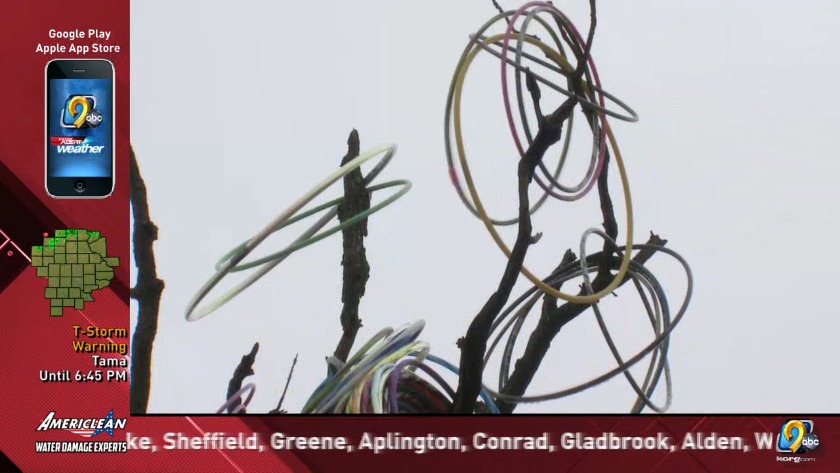 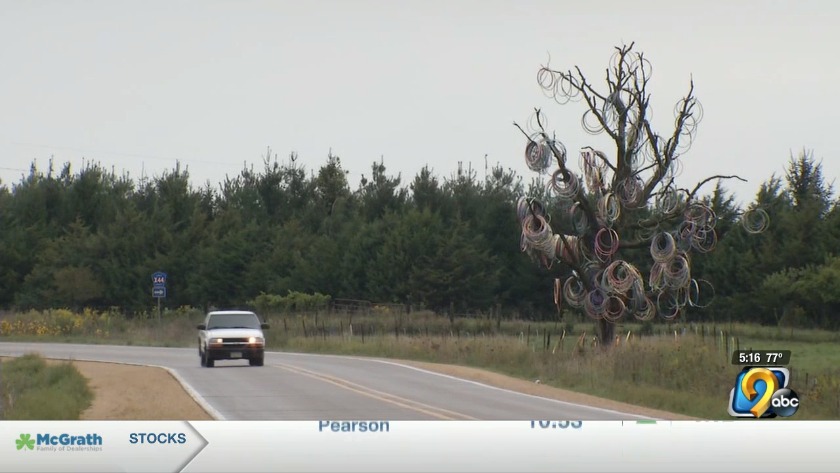 JONES COUNTY, Iowa (KCRG) -- The Jones County Board of Supervisors plans to discuss "liability concerns" about the "Hoola Hoop Tree", which sits north of Anamosa, at their Tuesday meeting.

The Hula Hoop Tree, which, as the name suggests, is covered in hundreds of hula hoops, has become a popular attraction in recent years and has even drawn visitors from out of state.

"It was worth the trip," Mary Dahlen of Lakeville, Minnesota, said.

Jones County Supervisor Lloyd Eaken said he thinks the future of the tree needs to be discussed because he believes it is "in bad shape." Eaken is worried that the tree, which is dead, and was even set on fire in 2017, will not be able to hold up the weight of the hundreds of hula hoops that surround its branches for much longer.

Eaken also said supervisors are considering making a new hula hoop tree somewhere else in the county to address the concerns.

"It's kind of like a monument, maybe it needs to stay where it's at so maybe we can bring our children and grandchildren someday," Dahlen said.

The board's meeting agenda for Tuesday does not list what specifically any of the liability concerns are but does indicate that the county attorney, Kris Lyons, will weigh in on the issue.

Lyons said he is not sure what members of the board of supervisors will ask him but did point out, that in his view, there is no good place for visitors park when they visit the tree that sits just off of E23 County Home Road. It is an issue that is on the radar of Jones County Sheriff Greg Graver.

"The location of the hula hoop tree, it's in a 55 mile an hour speed zone, it's in between two s-curves," Graver said. "As far as an ideal location for people to stop to get out an take pictures, that would be the concern."

Graver adds that despite the concerns which have been raised, he is not aware of any serious safety incidents that have happened at the site.

The hula hoop tree sits near the small community of Amber and longtime resident Steven Deshaw says it has become a source of pride for the area. Deshaw says he has a message for elected leaders concerning the future of the tree and that is to leave it alone.

"I hope they leave it there myself," Deshaw said.

Eaken says no action is planned for Tuesday's meeting.

Eaken was the only member of the board of supervisors who agreed to talk with TV9 about this story.