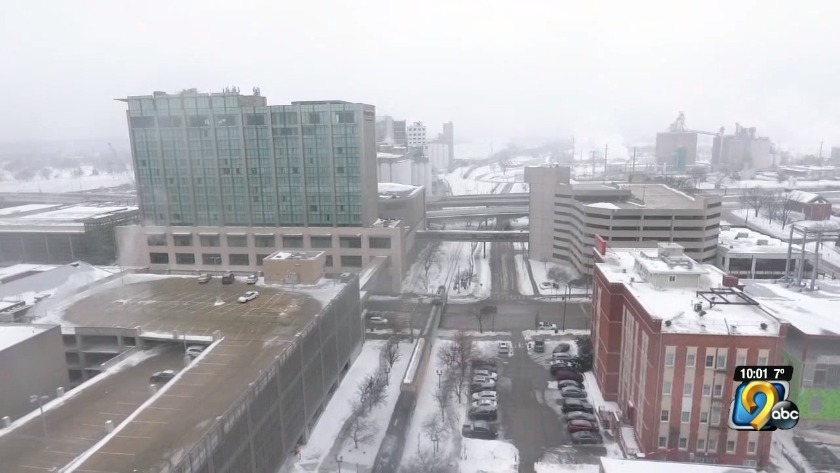 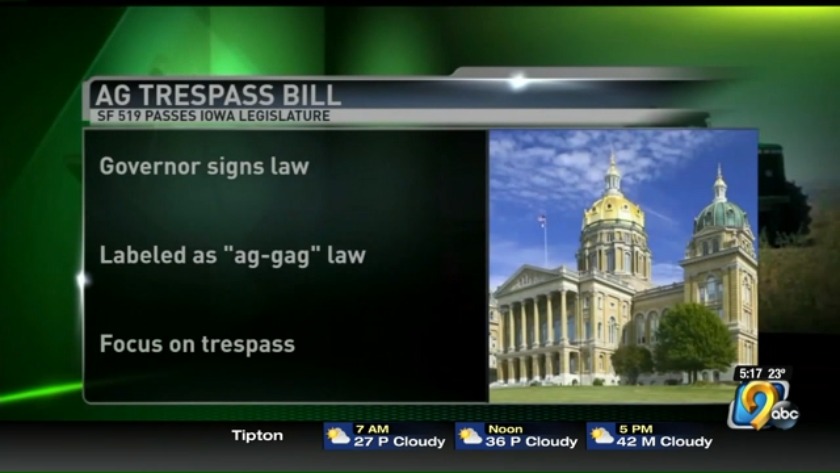 DES MOINES, Iowa (AP) - A federal judge has awarded more than $181,000 in legal fees to seven lawyers who successfully fought a 2012 Iowa law that made it illegal to get a job at a livestock farm to conduct an animal cruelty undercover investigation.

In January, U.S. District Court Judge James Gritzner concluded the law violated the constitutional right to free speech. The state has appealed to the 8th U.S. Circuit Court of Appeals.

On April 11, Gritzner approved animal rights groups' attorney fees, which the state must pay. Additional costs are mounting for the appeal.

Reynolds signed a new law in March creating a trespass crime for those who deceptively enter a livestock farm and cause any type of harm, including economic harm.

Man scheduled for trial in death of Sioux City homeowner

Man scheduled for trial in death of Sioux City homeowner