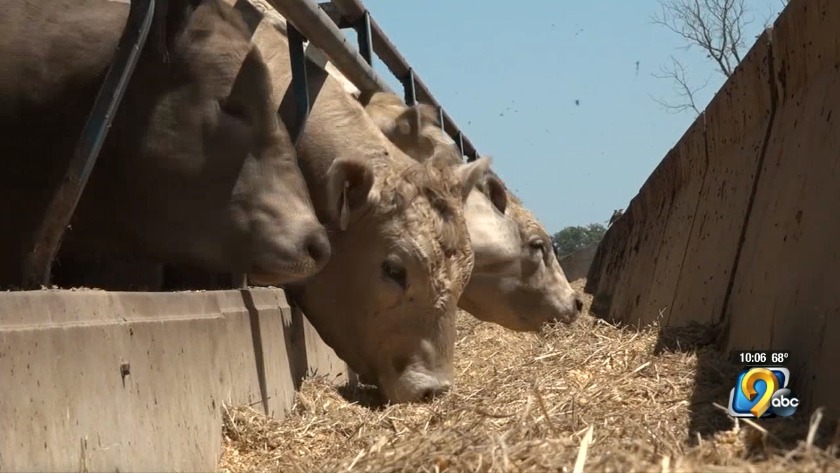 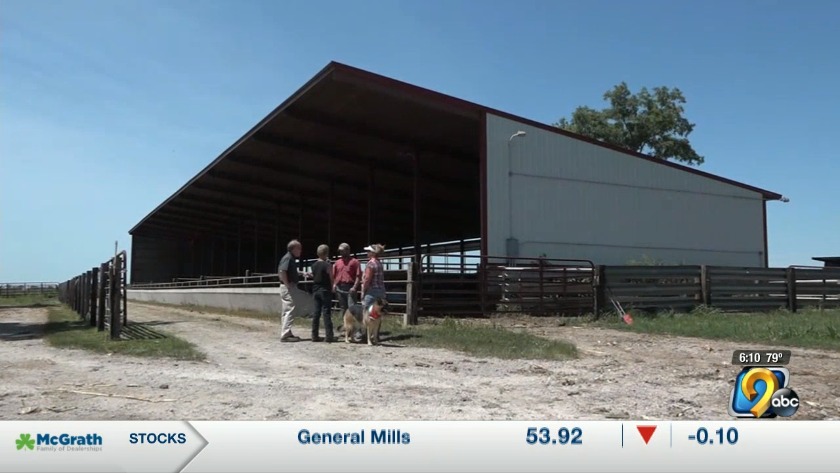 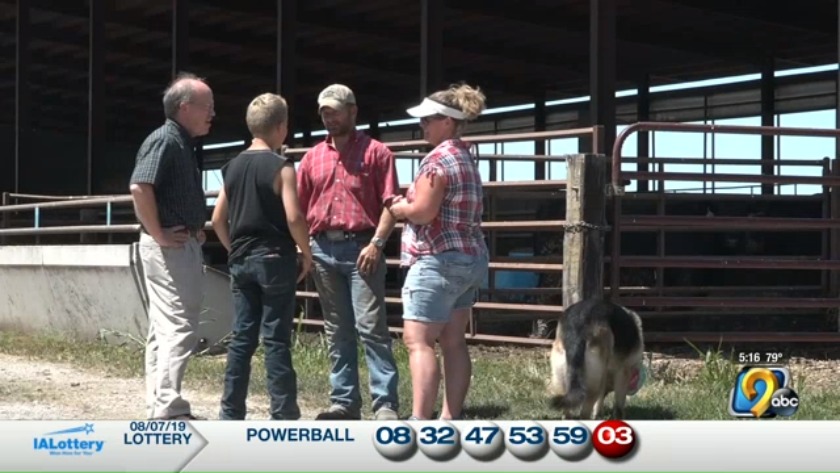 JOHNSON COUNTY, Iowa (KCRG) - Some farmers in Johnson County are afraid the future of agriculture is dying within the county. This comes after months of talk from the Johnson County Board of Supervisors about animal feeding operations, or AFOs, where farmers sell livestock.

Concentrated animal feeding operations, or CAFOs, like these in Johnson County may end up requiring an application and review process in order to apply for agricultural exemption in the county. These cattle feed from a CAFO in Johnson County on August 9, 2019. (Aaron Scheinblum/KCRG)

The county's board of supervisors is planning to discuss potential changes to animal feeding operations at a work session Wednesday, August 14. A draft of a potential ordinance states if an AFO or concentrated animal feeding operation, or CAFO, has more than 25 animal units per acre, it would be subject to application for agricultural exemption, public hearing from the Board of Supervisors, and review from the county's zoning administrator to determine if it's defined as agriculture.

Because this is just a draft, it is still subject to change pending further review and discussion.

Josh Busard, the Director of Johnson County Planning, Development, and Sustainability, said in a statement to TV9 he believes this complies with Iowa code, but only relates to a small portion of a much larger proposed development ordinance the county is discussing and revising.

As explained by Busard, said Iowa code defines an animal unit as "one head of cattle, two and a half swine over 55 lbs, 100 chickens that are 3lbs or greater, etc."

"The proposed Agricultural Exemption Policies include a provision that requires the Board of Supervisors to hold a public hearing to gather facts on an application," Busard said. "The Board then forwards its findings regarding the application for agricultural exemption to the zoning administrator who then makes the final determination."

Busard said the board only serves as a reviewing process that can provide a stance but can not make a final decision on any application.

"The Board of Supervisors would not be in decision-making capacity and would simply make a recommendation to the zoning administrator who would then approve or deny the application for agricultural exemption in accordance with the new ordinance and Iowa law," Busard said.

According to county staff, the Board of Supervisors is concerned that some of the animal feeding operations in the county are diminishing the air and water quality, as well as devaluing the surrounding property.

But some farmers believe if changes are made, there will not be any livestock in Johnson County. One Johnson County farmer says if the county makes changes, it could potentially affect his family farm.

Travis Spevacek has been farming for the last 25 years. His line of work is raising cattle. He explained when he first heard about a potential threat to his operation, he felt disconnected.

"It's hard to tell that only three miles that way is the city and probably only a half-mile that way are developments," Spevacek said.

Spevacek said his space, which technically is defined as a CAFO, easily eclipses the limit of 25 animal units per act- and he says he is not alone in Johnson County.

Spevacek said he believes if all farmers are subject to review and are at the discretion of the county, it could lead to the end of livestock farming in county limits.

"Animal livestock in Johnson County is done... it'll be over," Spevacek said.

"I would like to just tell [board members] that you're going to end animal agriculture in this county," Spevacek said. "And all the family farmers, and all the young generation coming up. It'd be basically over."