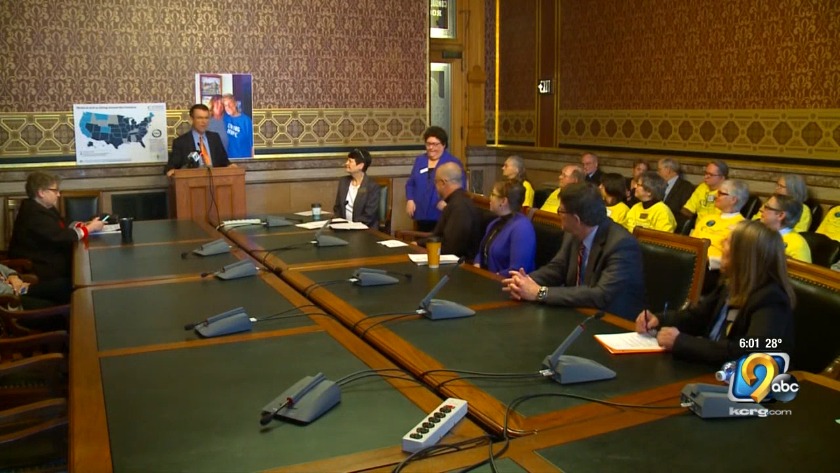 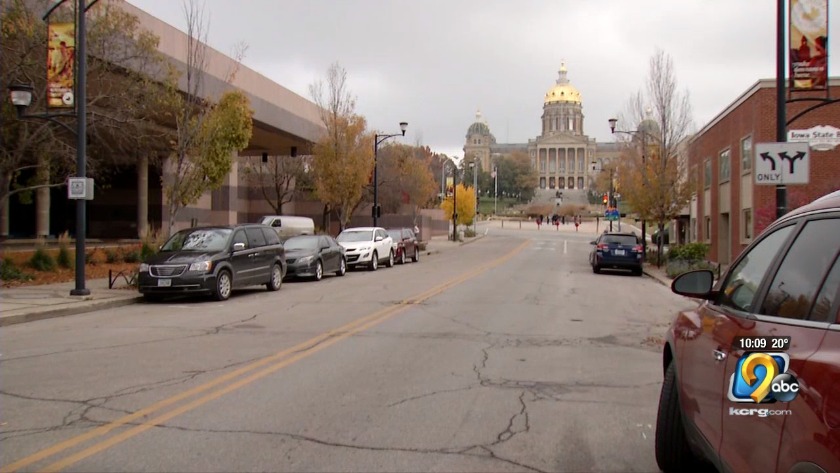 DES MOINES, Iowa (KCRG) On Tuesday, people living across the state of Iowa gathered in Des Moines to advocate for right-to-die legislation, called the End-Of-Life-Options Act.

Audrey Twing, right, and her father, center, in an undated photo (Courtesy Photo)

The bill would allow terminally ill Iowans access to request medication to die peacefully in their sleep. Senator Joe Bolkcom and Representative Mary Mascher, both Democrats from Iowa City, introduced the bill. The concept appears to have a lot of support from eastern Iowa.

Audrey Twing said her dad would have liked to use a similar option. He was diagnosed with stage four lung cancer in 2004. He died two years later.

"Towards the end, the last couple weeks we had with him, was probably the worst thing I could have ever gone through in my life,” Twing said.

Twing became her father's primary caretaker after he was diagnosed. Together, they lived his final years in Davenport, where Twing is originally from.

"He was released from University of Iowa. And they told them there was nothing more they could do, which we understood, cause of the stage four,” Twing said.

Hospice care provided some relief for the family, but the pain from his illness was inevitable.

"They were basically just keeping him comfortable, draining fluid from his lungs so he could breathe better,” Twing said. “I guess the thing that got to me, in the end, is he stopped eating. The last thing he physically ate was a bowl of butterscotch pudding."

After watching her dad die, Twing said she is okay with physician-assisted suicide.

"I mean it's a terminal illness and it's just going to get worse as the disease takes over,” Twing said.

If passed, the End-of-Life Options Act would allow Iowans with less than six months to live the ability to ask for a doctor's help to end their own life. State lawmakers have proposed similar legislation in previous years, but none made it out of committee. Despite the show of support in Des Moines on Tuesday, advocates realize the idea is controversial.

Nine states in the U.S. and Washington D.C. have similar legislation in place.

There are many professional medical associations that oppose physician-assisted suicide. The American Medical Association states that it is incompatible with the physician's role as healer.