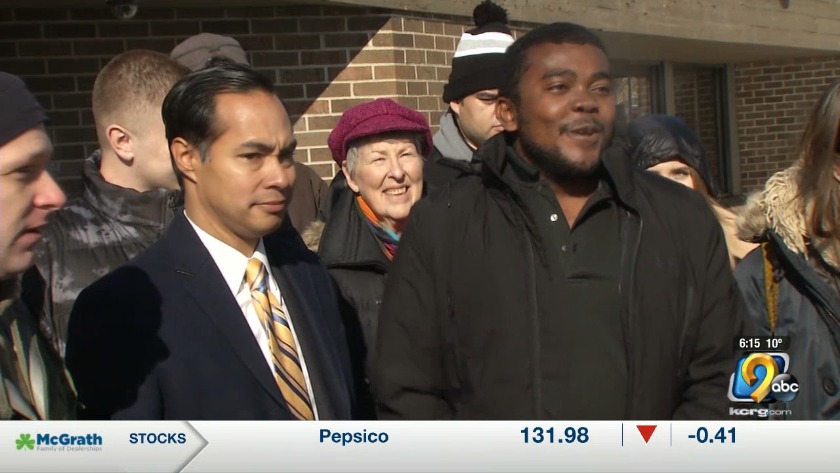 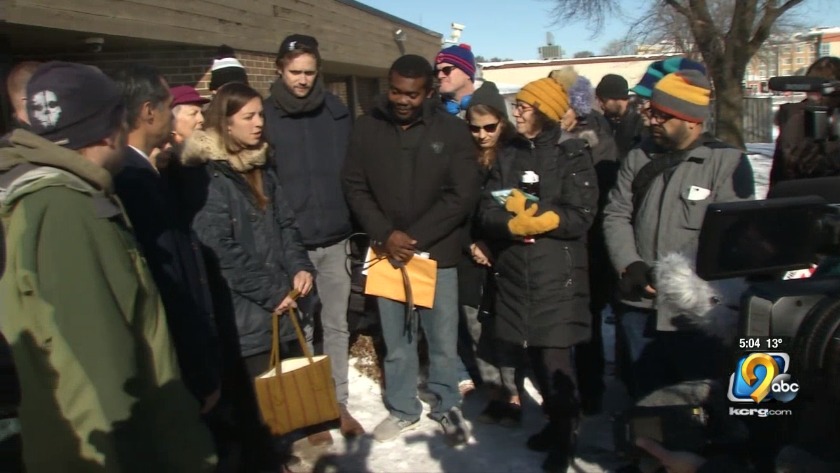 CEDAR RAPIDS, Iowa (KCRG) - A group gathered outside of the Homeland Security Building in Cedar Rapids on Tuesday to show support for refugees, asylum seekers, and all immigrants.

The event kicked off a joint effort called "2020 Year of Action to Protect Refugees and Children." Already, one man said he received justice due to help from the Iowa City Catholic Worker House and Iowa Citizens for Community Improvement.

Jose Reynaldo Robinson Palacios had to meet with Immigration and Customs Enforcement on Tuesday for a mandatory check-in. There, officials determined he could remove his ankle monitoring device.

Palacios wore that monitor for months after he was detained at the U.S. Mexico border. He’s from Honduras and traveled with one of the migrant caravans in 2018.

"When arrived, I felt like I was treated poorly," Palacios said. "They did put me in prison for seven months."

Palacios is seeking asylum in the U.S., although a judge already denied that request. With help from volunteers, Palacios is appealing that ruling.

"Thanks to God, I feel like I got justice today,” Palacios said.

"The world should take a stand with this, not just eastern Iowa,” Maureen Vasile, a volunteer with Iowa City Catholic Worker House, said.

Volunteers said all immigrants are now members of this community. And they shouldn't have to worry about deportation, or even being monitored by the government.

Democratic Presidential candidate Julian Castro was in this crowd, telling the people who were present that he thinks current immigration policies are unjust.

Palacios left Homeland Security feeling optimistic. He said life in Iowa is safer, and there are no opportunities for him back in Honduras.

"I believe if I was there now I would be dead,” Palacios said.

His next immigration hearing is set for early May.