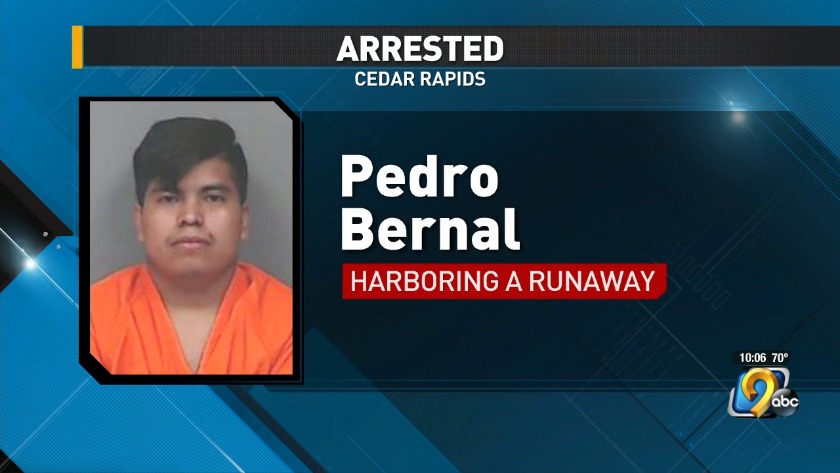 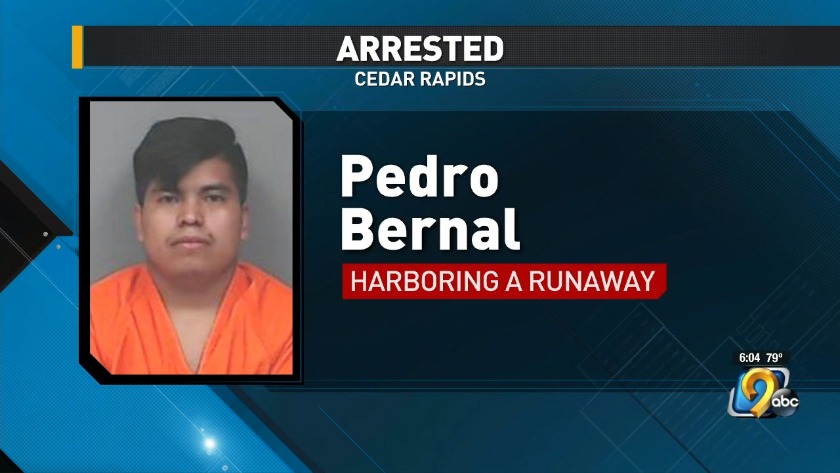 CEDAR RAPIDS, Iowa (KCRG) - A Cedar Rapids man is facing charges after police said he lied about harboring a 15-year-old runaway from Florida.

Cedar Rapids police said they got information from the Lee County, Florida, Sheriff's office about a 15-year-old girl who likely ran away to Cedar Rapids. It had been reported that she was likely with an 18-year-old man.

The information indicated she might be at a home in the 4300 block of Council Street NE.

When police visited the home Thursday morning, they found Pedro Perez Bernal, 20, who denied the teenage girl and boy were inside. Later, the suspect's brother showed up and called someone on the phone. Shortly after, the 15-year-old runaway came out of the home.

Police arrested Bernal and charged him with harboring a runaway. They took him to the Linn County Jail.

Police did release the girl's name on Friday afternoon. Fabiola Godinez-Lopez was reported missing on August 6th by her father in Bonita Springs, Florida.

Police did say she has run away three times in the past. They also stated that the girl and her brother knew the man arrested in this case.

"There was no indication that the runaway was being held against her will," police said.

Lee County is located in southwest Florida on the Gulf Coast.