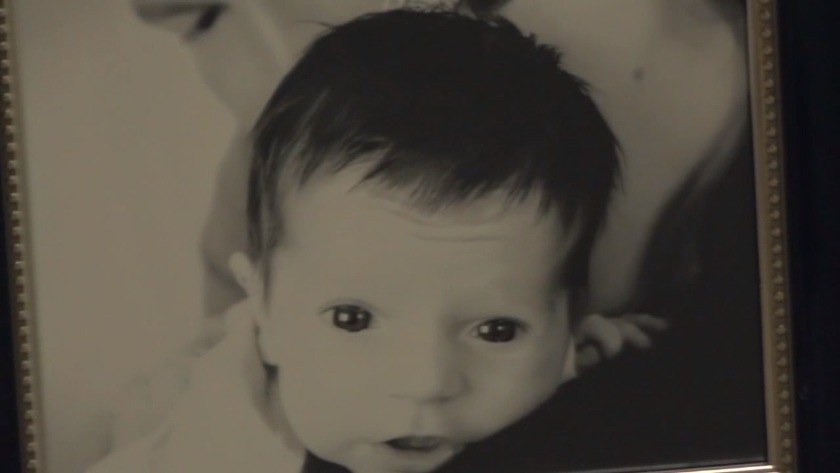 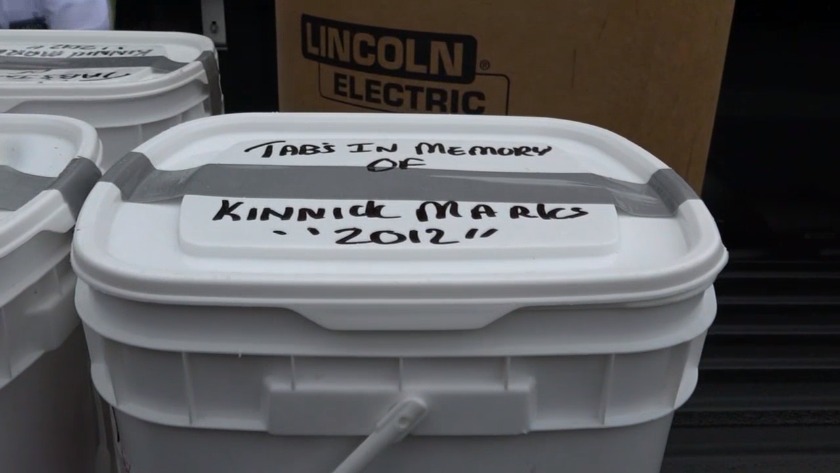 DUBUQUE, Iowa (KCRG) -- A Dubuque man is the collector of thousands of pop tabs that he's donating to an organization that means a lot to his family.

Jim Carney (left) hands a bucket full of pop tabs to Jim Conzett (right) which will be sent to the Ronald McDonald House. (Allison Wong, KCRG)

Jim Conzett and his family, friends, and colleagues have spent two years collecting pop tabs for the Ronald McDonald House, a charity that provides housing and other amenities for families whose children are receiving or recovering from medical treatment.

On Wednesday, people met Jim at his house to load dozens of buckets filled with tabs into trucks. Jim's collected the tabs from a variety of places.

Practically everyone in Jim's life is involved with collecting tabs. Even his employer, Hy-Vee, is helping him transport the tabs to the Marion Redemption Center, where they will be counted and packaged.

"They were gracious enough to provide a semi to take them down to Marion to cash them in for the Ronald McDonald House," Jim said.

"You just can't help but want to pitch in and it's like now every time I see a pop tab, I pick it up now," Jim Carney, Hy-Vee Store Director, said.

Jim is so passionate about raising money for the Ronald McDonald House because he had to stay there in 2012. His grandson Kinnick Marks spent most of his life at the hospital in Iowa City.

"He was born May 29th and he died the first week of September," Jim said.

The family knew Kinnick would have a heart defect before he was born. All of the time his family spent in Iowa City, Jim says the Ronald McDonald House and its staff were very comforting.

"It's amazing to get away from the hospital, have a good bed to sleep in, just to get your thoughts together," he said.

After Kinnick passed away, Jim decided to begin collecting tabs. That was six years ago. His latest batch is the culmination of collecting for two years.

"For me, it’s very therapeutic. I go home from work, a long day, I go down in the basement and I’ll dump all these tabs out of bags. People bring them to me in bags, coffee cans," he explained. "I dump them in the buckets, I write in memory of Kinnick Marks on every bucket, the year he passed away, and I got a picture of him down in my basement that I think of him when I do it. This is my way of always remembering the little guy."

"I think a parent's worst fear is when something like this happens that their son or their child will be forgotten. And this is a way that, you know we know he won't be," she said.

Jim will eventually learn how much money all of this amounts to, but he's already far exceeded what he's set out to do.