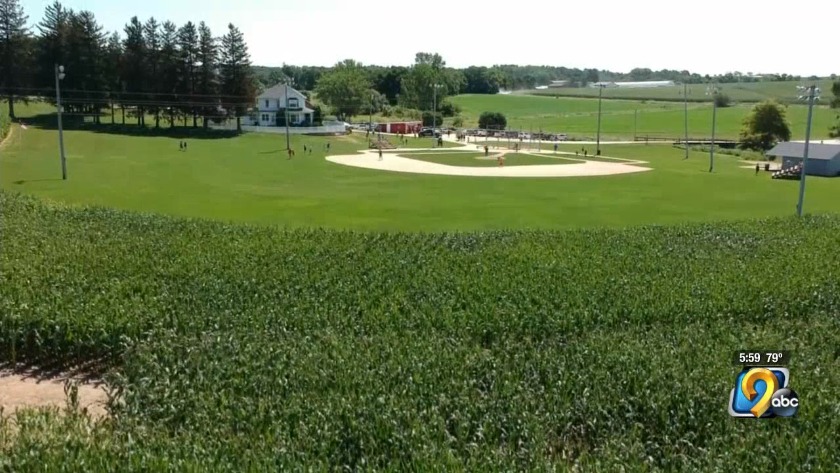 Business prepare for MLB game at Field of Dreams

DUBUQUE COUNTY, Iowa (KCRG) -- Communities across eastern Iowa are still processing the big announcement that Major League Baseball is coming to Dyersville, and they're starting to realize the large economic impact this will have.

The Field of Dreams will host the Chicago White Sox and New York Yankees on August 13, 2020. (Charlie Grant, KCRG)

The game is scheduled for August 13, 2020, at the Field of Dreams movie site in Dyersville. It'll be the Chicago White Sox against the New York Yankees in a temporary, 8,000-seat park. Even though it's a year away, businesses in the area are already busy.

Travel Dubuque CEO Keith Rahe says hotels in Dubuque are getting a lot of phone calls from people who want to book rooms for that week.

“As soon as this went public, the hotels were swamped with phone calls about their availability for that time and a lot of them are scrambling," Rahe said. "Some of them don’t book this far out, you know a year out, and they’re scrambling to get the rates correct and all the services that they can provide.”

Bed and Breakfasts in Dyersville have been fielding phone calls, too. The owner of Uptown B&B says she has a party from the east coast interested in renting her entire house.

Other businesses in Dyersville think they'll see traffic to the area increase as the game approaches.

Textile Brewing Company owner Carol Olberding says even before the big news, tourists would stop in after going to the Field of Dreams.

"They’re hitting the Doll Museum, they’re hitting the Basilica, and they’re just taking advantage of everything this community has to offer," she said. "So having a facility like this one is going to bring even more people in.”

She is hoping to put her business on the map by working with other breweries.

"We’re looking forward to serving hopefully our beer out at the Field of Dreams," Olberding added. "We have an amazing corn lager, which would be perfect to serve in the middle of the cornfield.”

Country Junction Restaurant Manager Adam Schuster says he hopes to see crowds as soon as construction on the field begins.

"With the construction starting Tuesday, they’re going to be really curious to see what’s going on," he said.

Construction was scheduled to start on August 13, according to Field of Dream Operations Manager Roman Weinberg. However, he said that the date is not concrete and could change. He said construction might not begin until the end of the month.

Rahe adds that this game won't only bring in the people lucky enough to score tickets.

“There’s going to be all this other activity that’s going on, you know viewing parties, fan-fest, all different kinds of things," he said. "So there’s going to be a lot of activity for people here to see and do, even if you don’t get tickets to the game.”

People are getting excited and are ready to feel the momentum.