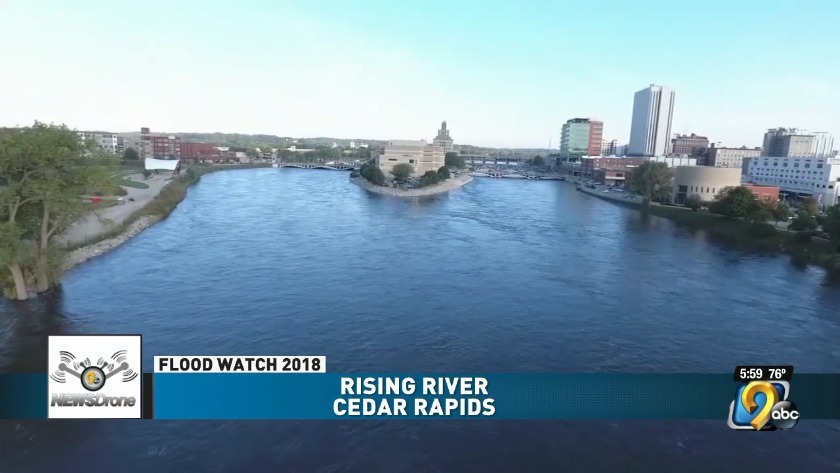 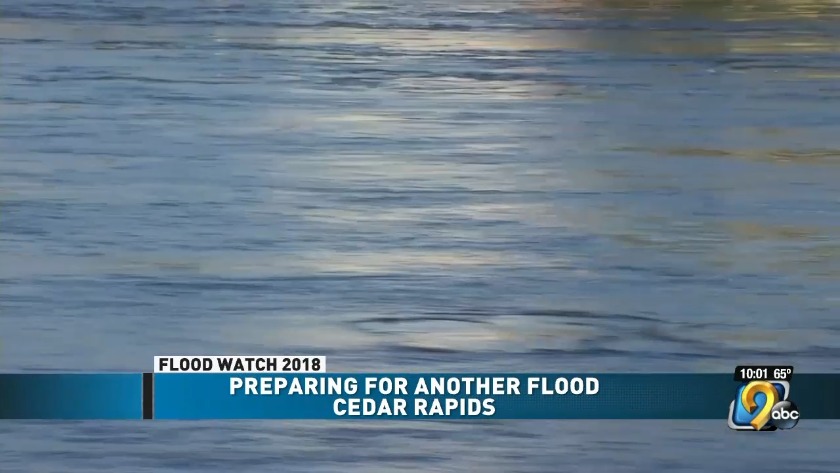 CEDAR RAPIDS, Iowa (KCRG-TV9) -- For the second time in less than a month, the Cedar River is rising in Cedar Rapids.

This is the third time this year the city's had had to prepare for another river crest. It's expected to rise to 17.5 feet Tuesday night. The Iowa Flood Center said flooding this time of year is no longer an anomaly.

Scientists at the flood center say fall isn't typically a time of year when Iowans would worry about rising waters. But trends show that flooding will continue to become more common.

"It's fairly unusual for us to have that much rainfall this late in the year," said Iowa Flood Center Associate Director Nate Young.

Iowans have come to expect minor flooding in the spring but high water in the month of September is a trend that doesn't seem to be going away.

"Good example is 2016 we had a major flood event here in late September," said Young. "We're getting more extreme rainfall early in the spring, later in the fall."

Cedar Rapids is taking note of this shifting flood threat timeline. Instead of seasonal threats, flooding is a possibility for multiple times of the year.

"We seem to be having heavier rainfalls throughout the year so I think we'll no longer have flood months we'll just have to be prepared all the time," said Cedar Rapids Public Works Director Jen Winter.

"We've established following the 2008 and ever since we've had a major event in the area or the state each year," said Young.

From the looks of it, experts say it's only going to get worse.

The city said it will have staff around the river over the next 24 hours to keep an eye on the crest.