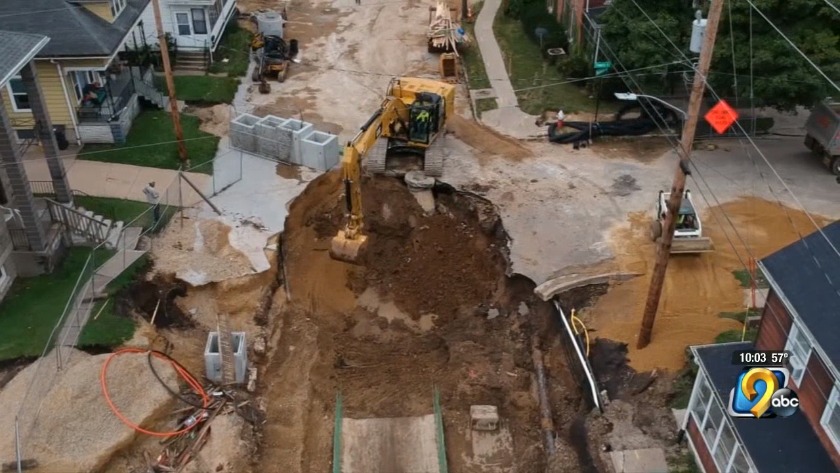 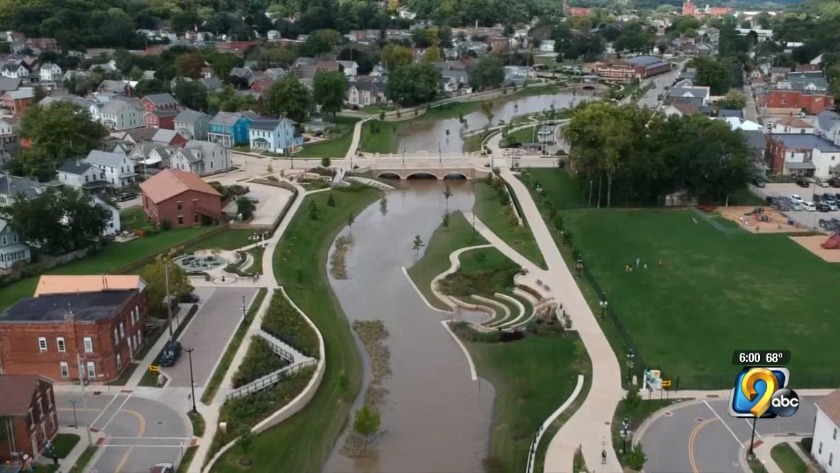 DUBUQUE, Iowa (KCRG) -- A lot of rain fell across eastern Iowa this week, and an official in Dubuque says the Bee Branch Creek stood up to the test.

The Bee Branch Creek in Dubuque is still full of water on Friday, September 13 after flash flooding the night before. (Allison Wong, KCRG)

City of Dubuque Civil Engineer Deron Muehring says the creek proved Thursday night that it's doing exactly what it was designed to do.

The creek fills up with stormwater during flash floods and directs it to the river. The city is still completing phases of this project, including the Railroad Culverts Project at Garfield Avenue.

Once all phases are done, water should move out of the creek even quicker.

"It's not operating at its optimal level because the downstream portions we're working on now, like the railroad culvert project, but it's still providing that place for the water to pond and be stored before it makes its way down to the river," Muehring said.

The city is also installing new culverts underneath Kaufmann Avenue, which is another phase of the Bee Branch Watershed Mitigation project. That area saw major flash flooding last night, so Friday crews were picking up the site. Muehring says they probably lost a day of work.

The entire Bee Branch project has a price tag of more than $219 million and phases that will be completed through 2038.