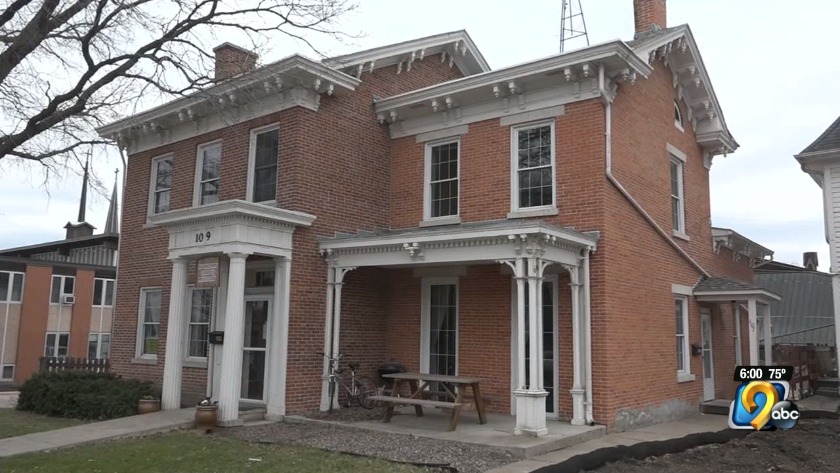 Push to save historic building in Iowa City 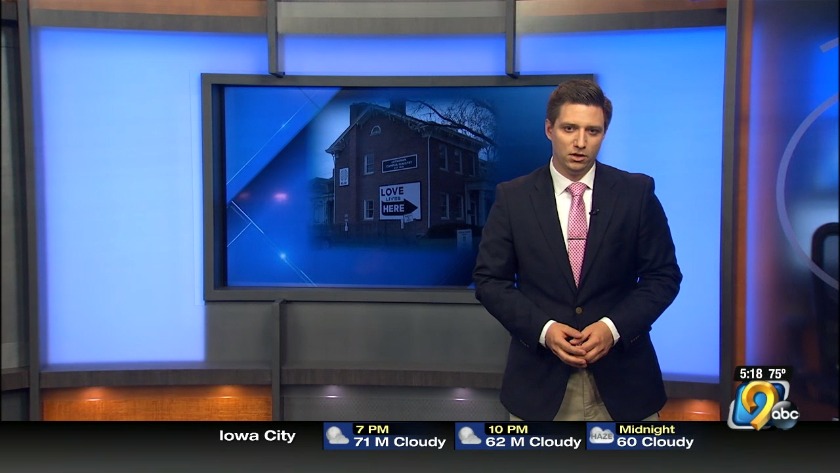 IOWA CITY, Iowa (KCRG) - A historic home in Iowa City is at risk of being demolished, but city leaders and local organizations want to relocate it, rather than see it destroyed.

The Sanxay-Gilmore House on E. Market St. in Iowa City is at risk of potential demolition- but the city and nearby groups want to see it relocated. (Aaron Scheinblum, KCRG)

The Sanxay-Gilmore House is located at 109 E. Market St. near the intersection of N. Clinton St. According to the group Preservation Iowa, the home built in 1843 is likely the oldest standing house in Iowa City.

The property was formerly owned by the Gloria Dei Lutheran Church, located next door to the house. The church sold the property to the University of Iowa in July 2018. In February of this year, the Board of Regents gave the university permission to demolish it.

In a statement to TV9, a spokesperson with the University of Iowa said the building is "a conditional nuisance and a source of risk."

But some say despite the lack of an official registration as a historical landmark, they want to make sure the historic house is protected.

"It's been the home of Lutheran Campus Ministry, which isn't just Gloria Dei, but supported by Lutheran churches since 2006," said Pastor Roger Dykstra of the Gloria Dei Lutheran Church.

Pastor Dykstra said even before the property was sold to the university, they always wanted to see the house preserved and relocated.

"We've always hoped that it could be saved, we had just outgrown our need for it in the space it was," Pastor Dykstra said.

Pastor Dykstra explained when the property was still owned by the Gloria Dei Lutheran Church, they considered relocating the house to an adjacent lot, but the city's Historic Preservation Commission decided against it. According to the group Preservation Iowa, the request was denied because it would "threaten the National Register status of the St. Agatha Seminary/Park House Hotel building."

Despite selling the property, the church still has plans to help the city potentially relocate the house. Pastor Dykstra said the church and churchgoers have committed $50,000 towards moving the house.

The entire relocation projection will be much more expensive, according to City Manager Geoff Fruin. In a letter to council members, Fruin explained the potential relocation is estimated at $674,000. Fruin has worked to include $332,000 in Iowa City's 2020 Fiscal Year Budget.

"There's not too many buildings of this era left in the entire state of Iowa much less in Iowa City, so we definitely would like to see it preserved in the future," Fruin said.

Fruin said the city, along with the city's Historic Preservation Commission, may have a potential place in mind if they went ahead with a relocation project.

"You want to keep it in the same proximity, we happen to have a city-owned parking lot in which the building would fit," Fruin said.

But if the city were to choose that location, it may cost them at least another $50,000- because Pastor Dykstra said the move would then directly affects them negatively.

"It's already hard to keep locating churches downtown," Pastor Dykstra said. "We had understood the city to value our presence, so we would recommend that that $50,000 be taken off the table."

Fruin understood the concerns of removing parking from the neighborhood, and said that is only one small piece to solve when potentially relocating the house.

"That's just one more of the complicating factors that's layered on to this project," Fruin said.

In the statement to TV9, a spokesperson for the the University of Iowa said: "Obtaining this land is aligned with long-term university master planning as the property is directly adjacent to the main academic campus and immediately across the street from the Pappajohn Business Building. The UI does not have specific plans to put another building on the site at this time and it will remain green space until a future use for the land is determined. At this time, there's no timeline for that decision."

At this point, the hands of city leaders are tied; the property is now technically a state asset, since acquired by the University of Iowa. Therefore, following local regulations, the city cannot place a historic landmark designation on the property. That could mean the cost to relocate the home may never end up being paid.