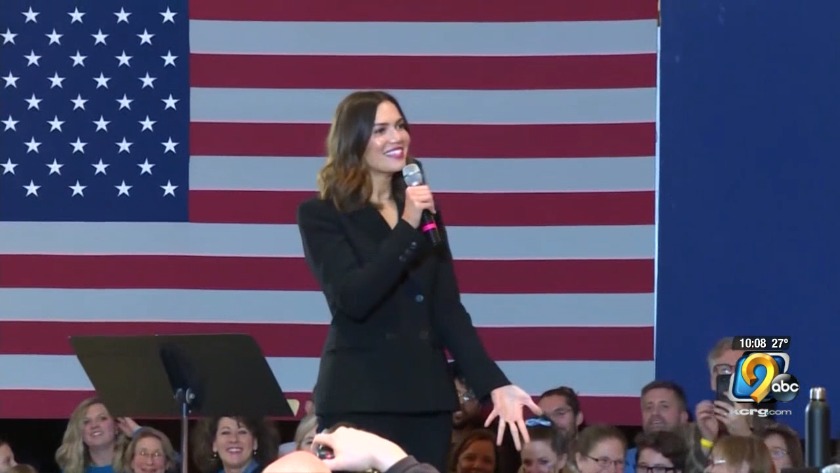 Celebrity appearances on the campaign trail 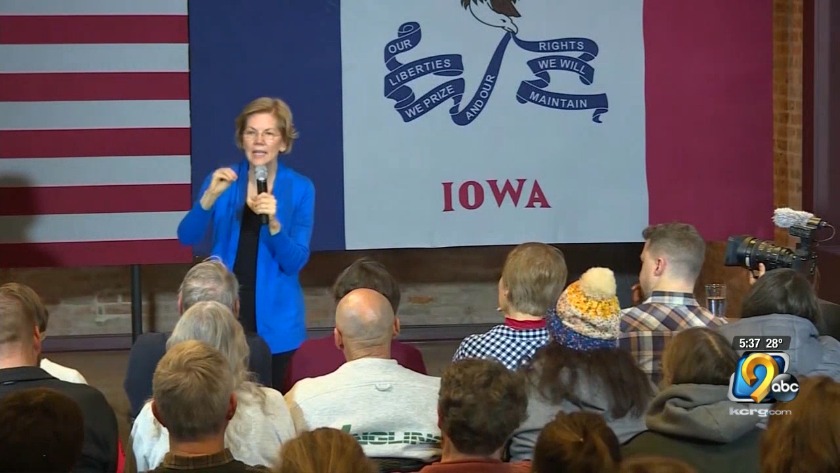 Two days later, just as many people packed into Cedar Rapids’ NewBo City Market, where Jonathan Van Ness, one of the stars of the TV show “Queer Eye,” joined Massachusetts Senator Elizabeth Warren at a rally.

“But of course it depends on the celebrity, and it also depends on what that person does,” Hagle said.

Some caucus-goers agree with the poll’s findings, saying they don’t care about celebrity endorsements.

“I don’t think celebrities really matter, especially to us who — we’re Iowans, it’s whatever,” said Sarah Raper of Coralville, who supports Sanders and attended his rally Friday.

“Not for me personally, because I care about her issues and the way she speaks and how she’s prepared to take on the presidency,” echoed Elizabeth Warren supporter Olivia Barker of Iowa City, who was at Warren’s event Sunday.

In the case of Ocasio-Cortez, Moore, and Posner, they stumped for Sanders in Iowa City as the senator remained in Washington, D.C., for the ongoing Senate impeachment trial of President Donald Trump. Warren joined Van Ness on one of her few off-days from the trial as well.

Regardless of whether or not candidates appear alongside their celebrity endorsers, the celebrities work best at drawing more people in to hear a candidate’s message, according to Hagle.

“Then it gives that candidate an opportunity to get his or her message across to perhaps a new group of people that hadn’t been paying attention before,” Hagle said.

That includes voters like Daniel Diner of Cedar Rapids, who is leaning toward supporting Buttigieg but came to Warren’s rally on Sunday to see Van Ness.

“We were leaning towards coming, and as we saw that he was going to be here, it was like 100%, we have to come,” Diner said.

Julia Flaherty, a University of Iowa student from Indianola, was already a Sanders supporter, but a chance to listen to Ocasio-Cortez is what attracted her to Sanders’ event in Iowa City.

“I came out today because I’m a really big fan of Alexandria Ocasio-Cortez,” Flaherty said. “ … I think it’s really helpful to get people who wouldn’t normally be involved in politics involved.”

Hagle said Ocasio-Cortez’s status as a politician with a celebrity-like notability works for the Sanders campaign.

“She brings in more people and is able to present that message the same way Sanders does, so she’s actually a very good surrogate,” he said.

But Hagle added that campaigns need to put work into deciding which celebrities should hit the trail because not all celebrities make good surrogates.

“If you have a celebrity that really doesn’t understand the politics and is just sort of parroting whatever talking points are, that may not help the candidate that much,” he said.