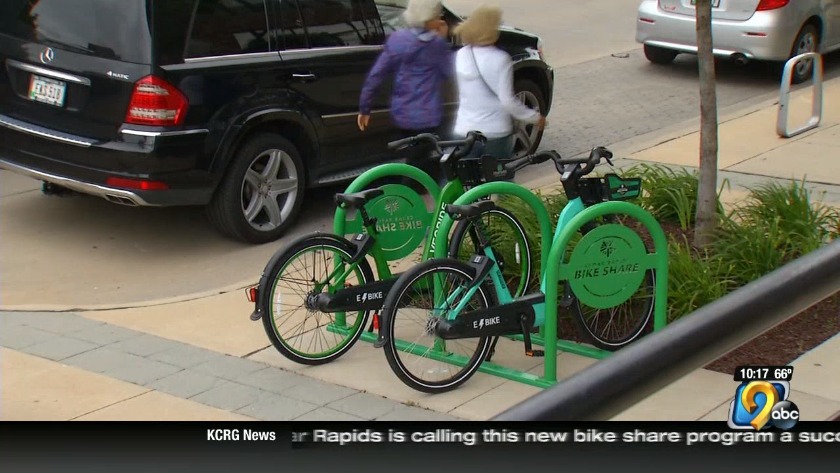 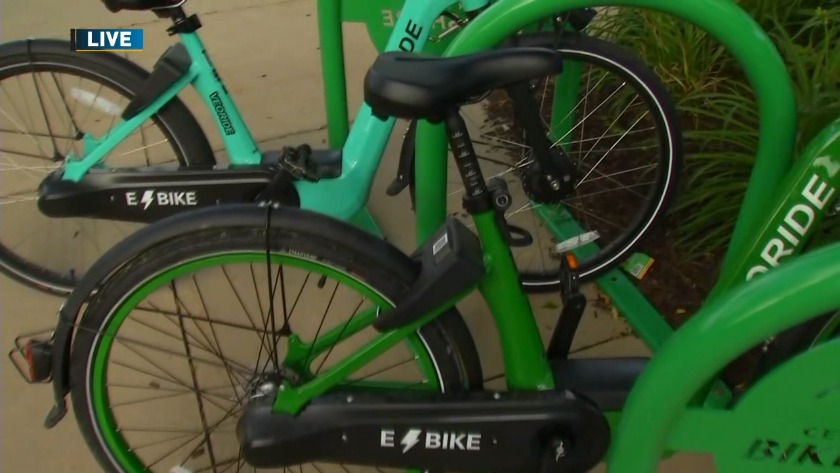 CEDAR RAPIDS, Iowa (KCRG) - It’s been a month since a fleet of rental bicycles came to Cedar Rapids, and so far, the City of Cedar Rapids is calling this new bike share program a success.

Even though VeoRide and the City of Cedar Rapids say the last month has been successful, this is still a new program with its own growing pains to work through.

On Friday, VeoRide rolled out the first of its new, green bikes that are customized just for the Cedar Rapids market. They join 50 other teal bikes that have been available for the last month.

“For just 50 bikes here, we are getting about 87 rides per day, which is about two rides per bike per day,” said Robert Muenchrath, VeoRide’s Cedar Rapids fleet coordinator.

The green bikes have new features that VeoRide said should make riding better, including seats that are easier to adjust, cup holders and a bell.

Muenchrath said he knows there’s been a problem in the first month with bikes being left around town.

But right now, he’s the only full-time employee and has to track down all the stray bikes and swap out their batteries by himself, which he said is a timely task.

“Between two and four hours a day, with just 50 bikes out in the field,” he said.

Muenchrath is currently training a part-time employee and hopes to hire more people to help soon.

But some people who work in the NewBo District, where several of the bikes are located, said they haven’t seen too many abandoned bikes.

“People are generally courteous with them, or if they don’t leave them on the bike rack, they leave the close to, and out of the way of pedestrians,” said Abby Huff, executive director of Czech Village New Bohemia Main Street.

The City of Cedar Rapids will soon install more racks that match the VeoRide bikes, which Muenchrath said is the best place to drop bikes off.

“But any public bike rack is a good place to leave it. Leaving in in somebody’s front yard, unless you’re riding it back first thing the next morning, really isn’t a good idea,” he said.

Because of the time it takes to set up the technology linked to the VeoRide e-bikes, including GPS and coordination with VeoRide’s app, Muenchrath is releasing the new bikes six at a time, and he said he hopes to have all 150 of them available to rent by July 4.