Asylum-seekers call on Loebsack to take action on immigration policies 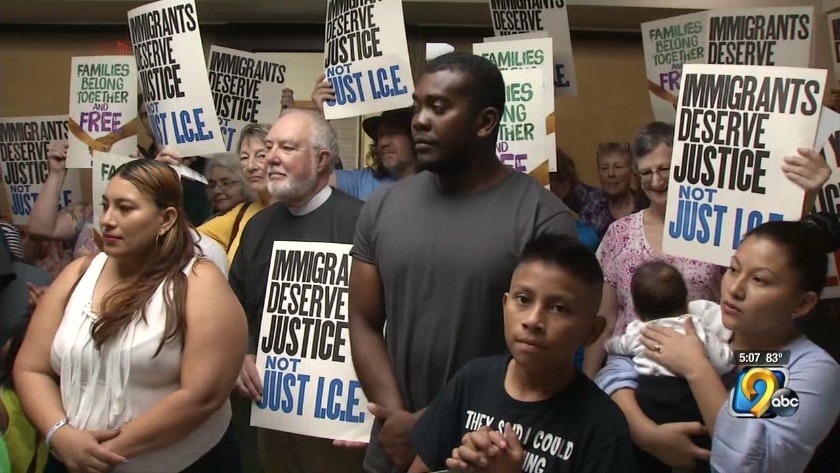 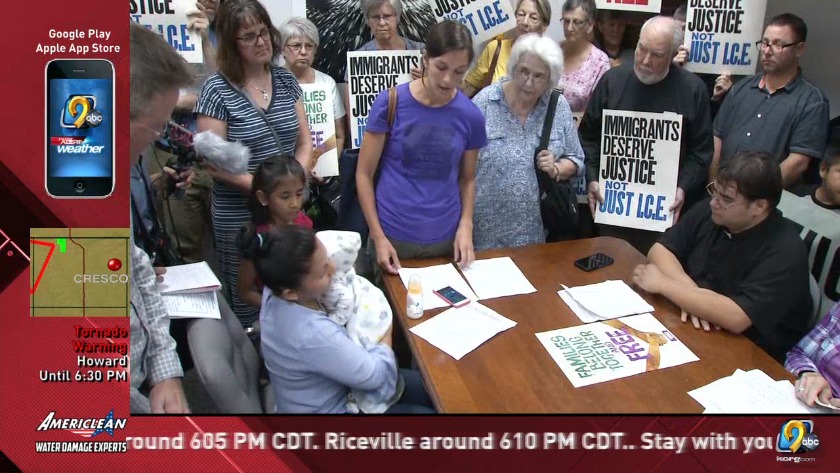 This comes after what they called months of trying to negotiate a meeting with the congressman but not being able to get through to him.

Yolisa Cortez was one of the asylum-seekers who shared her story at the rally. She explained, via a translator, why she fled from her home in El Salvador.

"We left El Salvador because of all the delinquency," Cortez said. "Also, we were threatened to pay an extortion."

Her husband, Alejandro, was deported back to Mexico at the border - the result of the President's "Remain in Mexico" policy.

"It's been really hard for me to find work, to pay rent and to find food," Alejandro said, over the telephone at the rally. "I've been really lonely here."

Families like Yolisa's said they want Loebsack to look into their cases, stop deportations and reunite families separated by the policy.

"I feel like this is so unfair to treat people like this that are trying to leave a place that is corrupt," Jose, who fled from Honduras, said. "I am asking Dave Loebsack to write a letter of support in my case."

Supporters at the rally also demanded answers as to why they haven't been able to set a meeting with the Loebsack, and at one point during the meeting called his Washington office.

Staffer Robert Sueppel did give a public commitment that their office will move forward with the requests.

In a news conference following the rally, families expressed they accomplished what they came here to do. Father Guillermo Trevino said they are happy with the commitment, but will keep pushing until action is taken.

"They need it right now," Trevino said. "We can't wait, and we thank the Congressman's office and staff to help meet their immediate action."

A spokesperson for Loebsack's Washington office said in a statement to KCRG-TV9 News: “The Catholic Workers and CCI have had meetings with staff both in Washington, DC and in Iowa City since May and as recently as July 16th. We have been working with them to schedule a meeting with the Congressman, but have yet to come to a mutually agreeable date. As of last week, we had been moving towards reaching a date, but their organizations decided to come today knowing the Congressman had a scheduling conflict.

“We were informed at today’s meeting that they had members who were in need of casework assistance. It would be very unfortunate if anyone in need of casework assistance with a federal agency was not put directly and immediately in touch with our staff so we can help them. It is especially troubling our office had not previously been made aware of their casework needs since representatives from these organizations have had multiple meetings with our staff primarily to discuss policy, not casework for individuals and families.

“The congressman has been very concerned for those refugees who have resettled in our communities. One of the biggest responsibilities of a Congressional office is to provide assistance dealing with the federal government. Our office generally opens up approximately 500 cases each year and has already opened up 300 so far this year. We strongly encourage anyone in our communities to reach out if they are in need of assistance dealing with the federal government.”