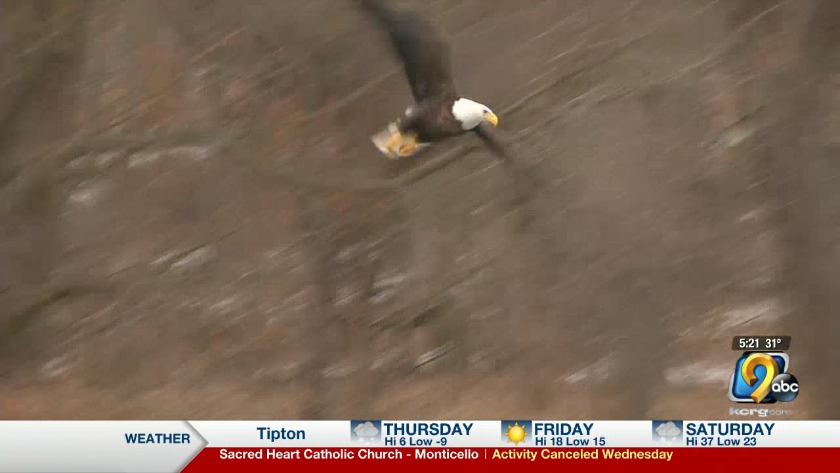 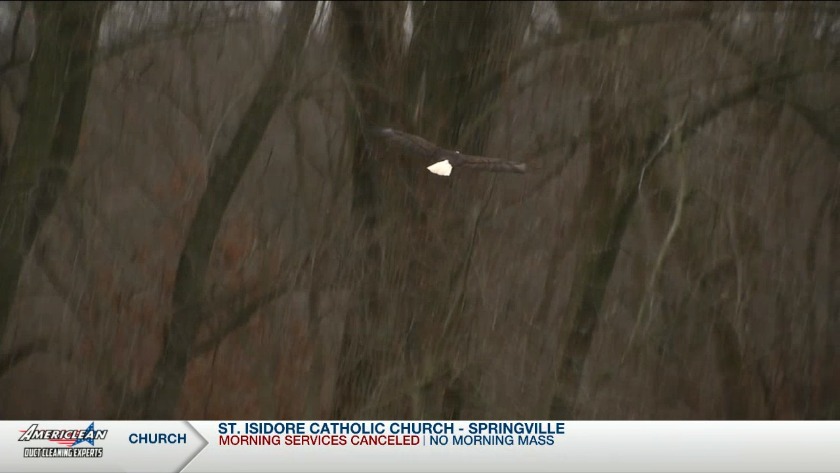 IOWA CITY, Iowa (KCRG) - If it seems like there are more bald eagles flying around than there used to be, it's because there are.

A bald eagle flies around in Coralville on Wednesday, Feb. 12, 2020 (Jackie Kennon/KCRG).

Volunteers with the Iowa Department of Natural Resources survey the number of bald eagles each January, which they've done since 1994. The results from the survey show an overall increase, with some fluctuation. In 1994, volunteers counted more than 1,000 bald eagles. The highest was in 2014, with almost 5,000 bald eagles counted. At the most recently available count, in 2019, volunteers spotted 2,924 bald eagles across Iowa.

For the past 21 years, Steve Woodruff has worked with the Iowa DNR as a wildlife management biologist.

"I just loved being with the wildlife, and I just have a passion for it and decided to make a career out of it," Woodruff said.

He's seen a lot of wildlife changes in his lifetime.

"When I was growing up in the 70s, it was very rare to see a bald eagle,” Woodruff said. “When I first got into this line of business, the bald eagle still was classified as a federally endangered species."

As far as why the birds are doing better, Woodruff points to environmental impacts, including the DDT ban, a chemical formerly used in insecticides.

"That affected their bodies to when they laid the eggs, it was a really thin shell, so when they went to incubate the egg, it crushed the egg, and didn't produce any young that particular year," Woodruff said.

Sonja Hadenfeldt volunteers with Raptor Advocacy Rehabilitation Education, or RARE. The Iowa City volunteer-run organization does community outreach and education, as well as rehabilitating birds back into the wild.

"We get a lot of birds that are stuck in fishing line, windshield, windows,” Hadenfeldt said. “There's just so many things that cause these guys issues."

Woodruff says it's exciting to see curiosity piqued about such an important animal.

"It's good to see the people so interested in our bald eagle, our national symbol," Woodruff said.

The bald eagle was on the endangered species list until 2007.